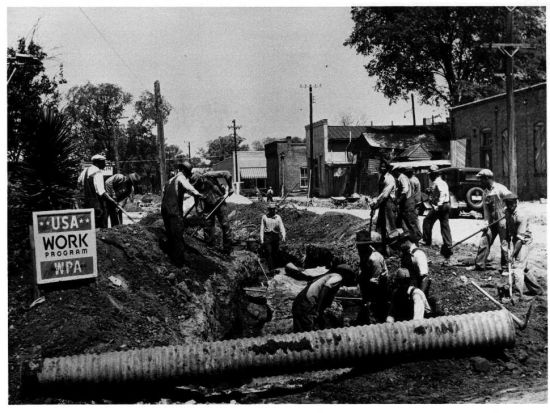 Believe it or not, my retirement from performing three and half years ago never really happened. Please allow me to explain. At the time I was despondent and couldn't sleep. A friend gave me some Ambien - a hypnotic sleep-inducing drug.

The problem with Ambien is that many people arise while still under its trance to do some rather outrageous things. Some write nasty emails. Others get into car accidents. The worst cases I have heard of involved several people taking jobs with the Bush-Cheney administration. At least that answers the question, "How did they sleep at night?"

So I suppose I could have done worse during my drug-induced amnesia than quit my night job as a touring political satirist. Still, 2007 was a crazy time for a 53 year-old man to walk away from a gig. For one thing this country has a habit of throwing away workers over fifty whenever times get tough. Times were definitely getting tough in 2007. For another, more important thing, hard times are when I can actually make some headway with my political humor. Empty pockets = open ears.

But I sleepwalked away. I'll never recover the time I lost to the weakest of show biz devices -- the dream sequence. All I can do is apologize for my absence and promise you I've sworn off Ambien. I further promise that I'm back as a performer and signed on for the duration.

I don't expect to get rich at my new/old gig. To make big dough as a political satirist in this country you must pretend that our nation's problems are equally provoked by the right and left. To be welcomed in the mainstream, you must overlook the fact the entire left was ruined over half a century ago by McCarthyism. I can't do that.

Despite an occasional uplifting film about Edward R. Murrow, the damage done by Tailgunner Joe remains as a pervasive and pernicious underminer of our already limited political system. Because of the fear and paranoia instilled by McCarthyism, politicians and the media bang hard right turns whenever anyone mentions even the most tepid of southpaw ideas. In a country where our choice is never more than "either/or," the removal of one-third of the political spectrum from consideration turns participatory democracy into a stilted and shallow endeavor. Who knows how much better off we'd be if we'd stop looking through a lopsided scope that always causes us to pull to the right?

Many speak of the so-called Greatest Generation but none mention how many GG-ers benefited as children and adolescents from the activism and organizing of American socialists, whose mere presence as a legitimate factor in our government's considerations forced FDR to save the little guy along with capitalism during the Original Depression. We need to be exerting a lot of that same pressure today.

Were a real left (meaning a populist, people-first left - not some Stalinist authoritarian left) simply allowed a seat at today's (and the past 60 years') political table -because everyone actually at the table gets accommodated sooner or later - we'd have a Renewed Deal including:

Legitimate national health care (not often worthless, price-gouged insurance but actual health care, like most of the rest of the world has.)

A solid jobs program that isn't funneled through corporate vampires skilled at diverting funds for the needy into the accounts of the greedy. Leading to...

A resulting revivified federal infrastructure and a much healthier environment.

Greatly improved protections and circumstances for workers (as opposed to our current situation in which we're expected to express gratitude for still having not only our own jobs but large portions of the jobs laid-off workers used to do -- often for less money than we made when our doomed comrades were still around to help lighten the load. Thanks again!)

Federal initiatives on crucial issues such as alternative energy that are not dictated and detoured by the energy monoliths currently robbing and poisoning us.

An understanding that the deserved collapse of enormous multinational swindlers benefits us little folks. There is no business too big to fail. (Unfortunately there is also no lie too big to tell.)

The end of the futility and madness of literally matching the rest of the world dollar-for-dollar in military spending. This would  instantly improve our circumstances at home and our standing in the world.

A livelier arts community in big and small towns throughout our nation because where there is art, there is hope. Where there are artistic get-togethers there is lively local discourse --  always a boon to genuine democracy.

Portrayal of the left's views in the media as a normal part of the political debate and not as extremist prattle that is somehow bringing down our nation.

Had I not retired for the past few years, I'd have been traveling the country promoting the above sensible political ideas through my humor. Instead, I abandoned political satire to self-proclaimed "moderates" (of course there are notable exceptions) who hold progressive activists as responsible as FOX News, the religious right, and talk radio for our political failings.

Rather than expose worthy targets, these people get fat feeding on obvious bait. That proves it, Rush Limbaugh IS an asshole! Unlike these middle-of-the-roaders, I'd never rub elbows with the supposedly moderate mainstream pols and power-brokers who have done nothing but make matters worse because they are flat-out wrong or because they possess neither the brains nor courage to take a real case for) the people, to the people. Why deal with such riffraff when I could instead be out shaking your honest, unwashed hand?

Jon Stewart implied the other day that to be a moderate, you need a job (or at least you need to be looking for one as if one existed).  Stewart's upshot? Shiftless unemployed people protest the economic and political circumstances that have made jobs impossible to find. There is some truth to this. Poverty radicalizes people while the comfortable take their cues from the smug. No matter how you spin it, anything on the left in this country is impotent, eviscerated and infiltrated while the extreme right caucuses in Congress. I fail to see equality of culpability.

I won't ask you to travel across the country to come celebrate me at some silly rally. Instead I will come to your town to entertain you and learn from you. I'll come to speak of your real circumstances and target the real enemy -- an enemy that is neither immigrants nor Muslims nor a lack of initiative on the part of the fucked over. An enemy that certainly doesn't arise from the left in this reactionary nation. The real enemy is a combination of greed, despair, conformity, cowardice and ignorance. The real enemy is anything that divides and conquers us so that we don't realize and utilize our collective strength.

The real enemy is the self-satisfied fat cat, for whom the status quo is just fine, who tells us that we're on the fringe if we so much as suggest that this country needs more than just a little fine tuning to bring it into focus.

I'm not saying the left has all the answers. I am saying that we as a nation discover fewer and fewer correct ones without the input of a large and legitimate school of thought. I am also saying there is a very real and legitimate dissatisfaction in this country that is only being serviced by the far right. It's time we provided a more humane alternative.

So I'm back if you'll have me. My first stop will be at Mottley's Comedy Club in Boston on Friday and Saturday, November 5 and 6. Tickets are now on sale.

My next stop could be somewhere near you. I hope be soon near all of you because like millions Americans. I need the work. I can't say I won't do anything outrageous. I can only promise that Ambien will have nothing to do with my behavior.