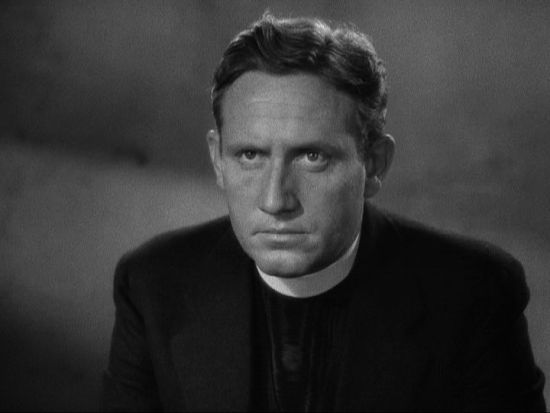 If you read my previous post you know the Catholic church has started a campaign aimed at bringing back people who have left the wretched institution.

These so-called fallen-away Catholics either:

Spit the patriarchal bit of an arcane religion

Or associated it with damaged/deranged relatives who had imposed Catholicism upon them and so escaped both dysfunctional family and church by walking out of the cathedral once and for all.

Or they found another religion better suited to their spiritual/mental health needs on a Sunday morning. Religions such as the

National Football League. Besides, their services start at a much more civilized hour.

Or they grew too embarrassed and/or morally outraged to remain part of a religion possessed of a history that has for centuries been based on fear and real estate topped with a gigantic helping of child abuse, as well.

Or they were one of the abused children to whom the church had exposed its despicable contempt.

Or they left the church when beloved elderly relations were no longer capable of keeping spiritual tabs on them.

Or some combination of the above along with any of a zillion more great reasons for leaving Catholicism and never once doubting the decision.

Since the church will dwindle without a large flock to fleece, it's incumbent upon its leadership to staunch the flow of runaway sheep. Since declining membership hurts the Catholic church, all a cleric needs to do is internally invoke the church's 700 year-old mental reservation clause and he can tell us anything he deems necessary to con people into returning to Rome's local affiliates. Mental reservation means the alleged 'good of the church' always makes it out of triage before truth. Confession, after all, is bad for the soulless.

When church officials, speaking of the abuse scandal, remind us to not judge, lest we be judged, they mentally reserve that it was the church that came up with the concept of original sin -- a plan that stamped babies as spiritual criminals long before they so much as skipped one Sunday mass. So babies are labeled as sinners and must go through a long process to be cleansed of their embryonic crimes at their first communion. Priests who rape babies must be forgiven immediately lest we bring judgment upon ourselves. Uh huh.

When they tell us that clerical abuse of children was isolated and has been dealt with they mentally reserve the fact that new scandals are developing all over Europe and the United States--not to mention the rumors of even worse epidemics of priestly abuse of children in Third World nations.

When they tell us that new policies are in place to drastically reduce the incidence of priestly child molestation, they mentally reserve the fact that such claims should be only made by the pope while standing on the deck of an aircraft carrier under a "Mission Accomplished" sign.

When they tell us that continued discussion of this enormous scandal only serves to re-violate the victims, they mentally reserve that why they make such an unfounded claim is because there are still plenty of fools who will accept any excuse, no matter how ridiculous, the church offers. So what the hay, why not announce that pulling the tarp back over the cesspool and ignoring it is the best way to eliminate its toxic contents?

When they tell us that dioceses ordered to pay settlements to victims of abuse that took place within diocesan auspices are suddenly bankrupt and cannot pay the judgments, mental reservation is hard at work. What they fail to tell us is that they make such preposterous claims because they must first protect church wealth without any concern for the ethical cost.

These nonsensical bankruptcies may be the church's baldest faced lies of all. For starters, the church isn't broke even when it assesses its holdings at their value at the time of acquisition. And that's what it does-- if an oceanfront church was bought and paid  for $5,000 150 years ago, the church values the now multimillion dollar property at $5,000. So even their bookkeepers exercise mental reservation! Regardless of this mathematical humbug, ornate Catholic wealth screams at us from basilicas, cathedrals, clerical residences, convents, compounds, retreats, colleges, universities and elementary, middle and high schools, not to mention sports facilities, commercial real estate holdings ... well you get the idea. The allegedly impoverished church undobtedly  owns the largest collection of architectural, artistic and fiscal riches of any organization in the world. No one could overestimate the value of the precious antiquities and earthly treasures the church has accumulated and socked away in what must be a vaulted version of the catacombs.

Job One for the pope is to protect and enlarge that immense treasure. Even though the church could lavishly pay off every victim of its perverse parsons with a few handfuls of ancient change scooped from a priceless piece of pottery, it chooses instead to make the ridiculous case that we shouldn't believe our lying eyes when they tell us that the Catholic church makes Microsoft look like a mendicant. We are instead expected to believe that it is a struggling institution, barely able to keep its platinum doors open.

Catholic greed is the genesis of both its enormous child abuse scandal and the absurd attempts to cover it up.

Long ago, in its first millennium, the church was a gritty, rough and tumble operation. Its clerics were drawn to it not just for an opportunity to claim to be the only legitimate source of earthly divinity but also because clerics could live like royalty and party like Vikings. Priests commonly had wives and multiple mistresses and/or male and/or child sexual partners. The Vatican had no problem with any of this except that priests issued progeny. And so did bishops, who tended to live abundantly while cruising down the fast cart path. Their offspring were heirs and heirs could be left property that the Vatican felt had been acquired/stolen in its name. As far as Rome was concerned, these bequests belonged to the church and the church alone.

In 1139, in a move to eliminate heirs, the materialistically lustful Pope Innocent II (and you must admire his brass) not only imposed celibacy on all new priests, he also forced all married priests to get divorced. The term 'community property' didn't turn up during the legal proceedings. In one fell swoop, Innocent performed a reverse Reverend Moon-- a mass dissolution of marriage.

Celibacy raised a lot of questions and plenty of resistance -- particularly from priests. The church manufactured rationales to retrofit celibacy as its most ancient principle. These assertions were of course Grade A horseshit. This horseshit fertilized centuries of inane justifications -- most were intended to promulgate the canard that priests were superior to the laity because they were above dirty, dirty, dirty sexual desires. Ignorant and obedient Catholic laypersons learned to despise themselves for having any sexual feelings, except of course in marriage, where they were to be acted upon solely for purposes of procreation. Once they'd salted the earth with their seed, serfs were expected to emulate the impossible and abandon frivolous carnal activity, one of the only comforts available to the poor of any era. To fail to deny the most basic of human instincts meant sure damnation.

The Vatican Old Boys Club constantly scapegoated woman as the villains responsible for the sexual confusion and frustration the church itself fomented. What with their feminine wisdom, gentle ways, soft curvy flesh, and satanic caverns of pleasure, they were natural enemies to the earthly anguish all good Catholics should withstand each day. And so misogyny became an integral part of church teaching. So long as women in their full and powerful sexuality were not thought of as demonic agents, their natural allure attracted more earthbound souls than celibacy. So the church demonized women, forcing men to, in the slightly paraphrased words of Barking Bobby Weir: go to hell in a bucket but at least enjoy the ride.

The 'good women' of faith were (at least supposed to be) neutralized when they realized sex for them either equaled procreation or damnation. The travails of pregnancy, the pains of childbirth and the wear and tear of raising large families were additional preventatives to desire. The church's sexual sabotage also helped promote secular misogyny because it provoked men to feel contempt for women for luring them down the evil path of carnality, regardless of the fact that men built and maintained that well worn trail. Pushing women aside also placed boys front and center, often kneeling directly in front of a priest for 'special instructions.'

The repressive teachings of the church led to centuries of extreme sexual ignorance and self-loathing among the faithful. This set up ideal circumstances for collared perps to operate with shameless disregard for their supposed roles as protectors of the flock. Ignorant Catholic children, generally boys, were handed over to creepy clerics by ignorant Catholic parents. Prohibited from the honor of serving as altar boys, girls were home-schooled by repressed/depraved relations in the deserved indignities of their gender. (of course many girls also suffered clerical abuse in church, school and so on) Child rape and other forms of sexual assaults became commonplace at home and in and around church. Children, conned into believing they were responsible for the shame they felt after being broken by sexual, physical and emotional abuse, grew up and passed along the contents of their confused and ruined hearts to their children. Always, always, always the priest loomed nearby to encourage self-hatred because it proved just how helpless the victims were without benefit of the church's absolution. The constant need to be forgiven for being a human being made the church essential. Anyone who questioned this system was labeled a heretic. For centuries heretics were executed. In modern times they are simply character assassinated. Ah, progress!

To call this a compressed version of more than a millennium of history is about as large an understatement as you can make. (providing you're not a church spokesperson presenting an assessment of the abuse scandal)  I have places to go with this writing and we'd never arrive at them without at least a bit of historical context. Thus this installment. I'm no

theological scholar but I state without any mental reservation that all I'm after is the truth. I believe in it as fervently as the most devout Catholic believes papal alibis. I feel my conclusions are accurate but you should confirm the details for yourselves. A great starting point is Thomas P. Doyle's indispensable Sex, Priests, and Secret Codes: The Catholic Church's 2,000 Year Paper Trail of Sexual Abuse.

The point of this installment was to establish how churchly greed was at the root of all the evil that is now associated with Catholicism. Next we'll return to the church today. We just won't come home to it.