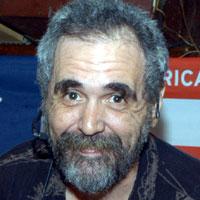 Remember when Rocky Sullivan's was home to a bunch of self-described writers, artists, lefty dissidents, possible OTRs and the strange bearded guy wearing shades in the darkest corner of the bar?

Well, they're still all in there, somehow still getting served. It's just that on Tuesday evening, they have been joined by a lot of other people. Rocky's Political Humor Night, which started on June 22, has seen the watering hole packed to the rafters, or at least right up those three steps at the front and out onto the street.


Each Tuesday starting at 8 p.m., political satirist and author Barry Crimmins introduces a string of stand-ups who, with varying degrees of success, regale the crowd with a blend of standard joking and political humor: it's firmly anti-Bush. But it's also firmly to the left of John Kerry, who gets short shrift every week, too.


Crimmins reminds the crowd most evenings that "this series will run until court-appointed President George W. Bush is voted, hounded or impeached from office," and during the Republican National Convention starting Aug. 31, the comedians will hit high gear, playing every night of the convention.


One recent Tuesday, however, it seemed the comedians were running short of political jokes, though the steady patter from the stage had everyone laughing.


"We gave our children very traditional names," one stand-up said. "Our little boy is called Hunter. And we called out little girl Gatherer."


"When I was a kid, even our neighborhood bully was passive aggressive," he continued. "He wouldn't steal your lunch. He'd just stare at your food and say, 'You're going to eat all that?' "


Finally, some politics -- Crimmins introduced another stand-up who caught the crowd off guard a little when he proclaimed America a great country, "where even the lowest drunk crackhead can be president."


And later, a stand-up asked rhetorically to cheers, "we live in a society where Whoopi Goldberg is considered a rebel?"


"Basically, I'm pro-life," he continued, "Unless I get Ann Coulter pregnant."


His colleague on stage did a fairly amusing spoof of the Fox News channel, as though the right-wing network really was run by Nazis: "And now . . . Hans with the weather! Hans?"


"Hans" saw "storms of stupidity all over the red states," while "in San Francisco, it's raining men."


As each act comes off stage and runs inevitably for the door and a cigarette, fans follow them outside, where a sort of comedy quick-fit takes place, advice is proffered alongside cigarettes and passers-by are roped into conversations.


It's certainly not the sort of crowd that will line up and pull the lever for President Bush on election day, but neither is it just lefty dissidents, possible OTRs and the strange bearded guy wearing shades in the darkest corner of the bar.


Recently, an elderly couple, very much in love, stood by the front door holding hands, sipping drinks and chuckling heartily. The husband sported a "Veterans for Kerry" badge and his wife repeated the jokes to him whenever they just failed to reach his hearing.


"Our kids told us to come here," she said merrily, in between jokes.


The cover on the door is $10. Crimmins's philosophy of stand-up, tried and tested for some years now in New York and Boston, is that you get better stand-up comedy if you pay the comics well.


So far, if numbers are any indication, it seems to be working at Rocky Sullivan's. Indeed, after a few jokes and a few drinks, even that portrait of James Cagney, who was Rocky Sullivan in "Angels with Dirty Faces," seems to be smiling a little more widely. Come prepared to stand, or get there very early to get a seat. And remember, while there may be possible OTRs in there, there's no ACU.