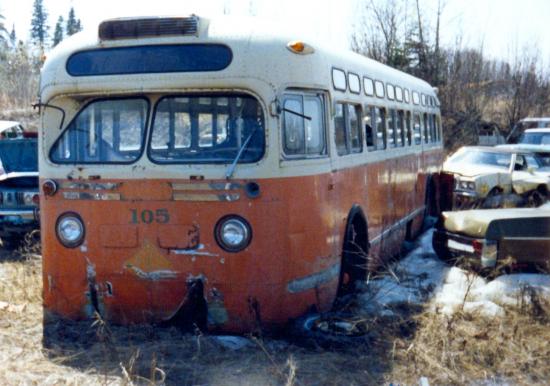 DISCLAIMER: Having been in my 'I just believe in Yoko and me' phase for years now, I do not worship politicians.  What follows is not meant as an endorsement, it's meant as a denunciation.

Just to be safe, New Hampshire residents should wear helmets for the next four days lest they get thwacked with one of the kitchen sinks the Hillary Clinton campaign is desperately hurling around the Granite State.

The over-funded yet very clunky Clinton Express sputtered into New England yesterday. It had been refitted on the fly with a catatonic converter, not an easy part to find for a '92 -- especially one that only seems to want to go downhill. Nevertheless, the engine seemed to be holding as Hillary and her husband belched fog from the seacoast to the White Mountains in hopes of obfuscating a new inevitability that attached itself to her candidacy in Iowa. The inevitability of collapse.

Hill and Bill Clinton gamely shook off a Great Plains haymaker in hopes of reclaiming the former family estate in Washington. Bill, looking old and anachronistic, was spotted rasping about how New Hampshire is the first primary and therefore what really matters in the race for the 2008 Democratic presidential nomination. Why? Because it's fairer than a caucus process that somehow favored the two opponents who defeated his wife in Iowa. Bubba is said to be seething at the media for its failure to destroy Barack Obama. I guess if you want someone done wrong, you have to do it yourself. Mrs. Clinton admitted, in so many words, to lying in Iowa because after repeatedly telling its residents of how important that state was to her electoral plans, she now dismisses her efforts there as almost an afterthought -- albeit a seven million dollars worth of media buys afterthought.

One can only imagine what the Clintons will have to say about New Hampshire should Obama and/or John Edwards again drub the New York Senator in Tuesday's primary. Should Clinton rebound and garner the Dem bid, what will she do this fall when the electoral votes of Iowa are up for grabs? Write off a state that just set a record for Democratic turnout in its caucus?

Maybe she won't campaign there because, as her staff intimated yesterday, Iowa's rampant misogyny presents an insurmountable barrier for her suddenly feminist crusade. But if that's the case in Iowa, what happens in Alabama or Texas or Missouri?

Even after she was thumped around in the first-in-the-nation caucus, the sunny senator claims she will not 'go negative.' Instead, she'll "contrast herself with other candidates." She began this positive process yesterday by contrasting her battle with Barack Obama as a contest of "an untested man who offers false hope or a woman who's electable."

Except of course in Iowa, with all its damned misogynists!

Clinton is letting her staff do the heavy lifting (mud ain't light) for some of the contrasting. ABC reported: While the senator was vague, her campaign pointed out to ABC News examples of Obama's liberal positions. In 2004, Obama said he would vote to abolish mandatory minimum sentences for federal crimes. "Mandatory minimums take too much discretion away from judges," Obama said in an NAACP debate.

What self-respecting Democrat would even consider voting for a man who has the temerity to suggest that this country return constitutional powers concerning sentencing to the judiciary when such important work should be left in the hands of grandstanding reactionary legislators? And can you imagine this man making such an assertion to the NAACP? Next, I suppose he'll be telling us such laws have had a negative impact in black communities! Some people will say anything to get elected!

Even worse, he's made some liberal stands and then turns around to seek the nomination of a party full of liberals. What is this untested man thinking?

Clinton has also taken to sounding an altruistic Democratic alarm by warning that Obama is unelectable this fall because he can't possibly withstand the assault of the "Republican attack machine."

Senator Clinton, self-proclaimed 'candidate of change,' understands that the best way to beat Republicans is to reprise her family's fight with the braying nincompoops on the right by reestablishing battle lines delineated some 15 years ago. What better way to work for change than to operate from the moldering barricades of the great and holy Battle of the Blow Job? Yesterday, Clinton said "I'm well aware that New Hampshire, and America, has a lot of voters who don't think they need a president right now, they're doing fine, they're well educated," she said.

She wasn't done, continuing, "So for them this election isn't about 'me and my family,' it's about, you know, 'how I feel' and 'what I hope for.' And that's great, but there are more people in New Hampshire who need a president who will be your champion."

It's impossible to fathom the selfishness of those well-educated, family-hating, no-president-needing Clinton opponents! They think this election is all about them. It isn't. It's all about Hillary Clinton!

These people have lost their way and just aren't wise enough to see how helpless they are without the firm and guiding hand of a veteran of combat with the Republican attack machine. The time is now for a leader who will enter office unafraid to wear her superior siege mentality on her sleeve.

The Clinton campaign isn't just lashing out, it's lashing in as well. Her entire senior staff has put itself through serious self-examination after Iowa. According to this morning's New York Times, they have found themselves guilty of a major mistake. They feel they didn't properly accommodate the "personality deficit" perceived in their candidate by voters. Nothing is more deadly to a candidacy than an unaccommodated personality deficit. For those of you unfamiliar with inside big-time political lingo, "personality deficit" is the term you use because if you say "people just don't like her," you'll not only get thrown off the campaign bus but into Lake Winnipesaukee, as well.

As anyone should know, you can either be someone who is likeable or someone who is electable. People with combative and defensive mindsets are not particularly personable but they are perfectly suited for fighting off Republican attack machines. Over the next few days we'll see how a non-liberal siege mentality combines with a condescending authoritarianism to result in the package of irresistible electability that is Hillary Rodham Clinton.