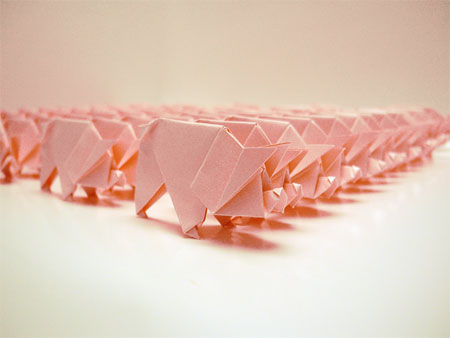 Clinton loaned her campaign five million bucks to see it through a cold January. That's a lot of dough for a poor public servant who's done nothing but work for positive change for the past 35 years. Maybe she cashed in her Wal-Mart stock options she got while working undercover as a change agent on the retailing titan's board of directors.

So now we're all supposed to chip in to pay back Hillary.

Just think, if you're one of the lucky contributors to donate any of the next five million dollars to the Clinton campaign, you will have the honor of knowing your money is going directly to help a hungry family in Chappaqua, NY.

Just make out your check to 'cash.'

And when Sen. Clinton gets her five million back, her campaign will be broke. Her fiscal responsibility knows no bounds!

To keep her from falling back into the red, the Clintoniacs have come up with some other ideas. For instance, for a monthly pledge of just $600,000.00 you can adopt Mark Penn, who will then name your very own microtrend after you!

So please donate now. If the Clintons don't recoup this money soon, they'll be left no choice but to send Bill out on a speaking tour. Who among us wouldn't cough up a few to keep that from happening?

Sen. Clinton is so desperate for money that she actually swallowed her pride and asked Mitt Romney for help.

And word is Romney came through lest anyone think he was flip-flopping on the issue of financing presidential bids no one else is interested in supporting.

Perhaps you'd feel more provoked to contribute to the Clinton campaign if you knew her chief fundraiser is none other than Terry McCauliffe. This guy can do miracles with money -- he can hijack union pension funds to float shady land deals, he can sell the Democratic Party to the exact scumbags any true representatives of the people should be fighting (polluters, weapons peddlers, health care profiteers etc.), he can take a hundred grand, invest it in Global Crossing and walk away with $18 million, while everyone else goes broke. To read about all this and more, check out Jeffrey St. Clair's 2004 Counterpunch piece on McAuliffe. Hillary, we're told, is brilliant and very 'hands-on.' She never misses a detail (unless of course that detail involves learning whether or not she'll become a neocon lapdog of war). Obviously she knows who McAuliffe is. She knows her husband's justice department should have prosecuted the son of a bitch for fleecing the IBEW pension fund, but passed. Instead, she chose to make this thug her money man.

Sen. Clinton knew she was compromised the instant Terry McAuliffe walked through the back door. And she knows McAuliffe well. After Gore lost the White House in court, the Clintons made their shifty pal the chairman of the Democratic National Committee. McCauliffe lasted for a few years as party chief until Howard Dean was brought to power by a democratic movement within the Democratic Party.

Liberal bloggers and commentators continue to express outrage and amazement at the level of disdain many otherwise progressive people have for Sen. Clinton. Well I think it's pretty outrageous that people who would have you think of them as thoughtful and informed could overlook the crooked conduit to Clinton that is Terry McAuliffe.  McAuliffe is living testament to the maxim: Steal a little and they throw you in jail, steal a lot and they make you a king/queen-maker.

If a turd in the punchbowl gave a speech, it would sound a lot like Mitt Romney.

Molly Ivins is greatly missed on the campaign trail but before she passed away, she did manage to declare that she'd never vote for Hillary Clinton.

Who knew Molly Ivins was such a misogynist?

Belated congratulations to Tom Duffy and the Garlic, now in its fourth year providing an unsuspecting public with trenchant and humorous commentary.