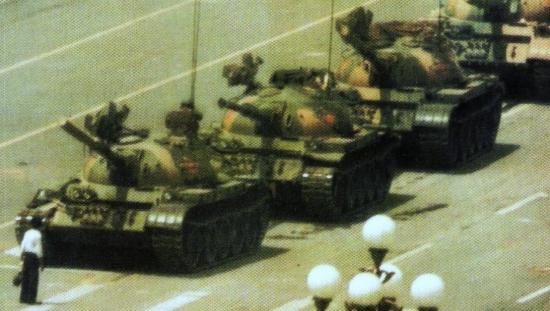 Sen. Hillary Clinton's death-defying trip with Sinbad and Sheryl Crow into Bosnia to a USO concert/meet and greet and her ground-breaking trip accompanying her husband during the Irish peace process are but a few examples of the instrumental and daring roles she's played in national and world events. For instance, when she sassed the Chinese, it made that kid standing in front of the tank in Tiananmen Square into a mere footnote to history. Is it any wonder that she is most accomplished and qualified person in the world!

Last week Clinton finally listed the aforementioned heroic endeavors -- but only when pressed. You see, Mrs. Clinton's too busy planning our future to  waste time bragging about most of her accomplishments. Therefore, as a public service, I've compiled an expanded (but still incomplete) list of her feats and experiences. I call it...

Cameos in Courage... in no particular order

Even with her flank dangerously exposed, again and again Sen. Clinton has attacked Barrack Obama for holding a variety of positions almost identical to her own. Such ability to see her own faults in others is in the finest tradition of American politics.

Hillary Clinton has set a new standard for a Democratic candidate by receiving more funding from K Street lobbyists, military contractors, the health insurance and pharmaceutical rackets, the oil industry and foreign lobbyists than any other candidate -- beating even Republicans in the crucial battle of influence peddling.

Without regard for her political duplicity, she has campaigned as the enemy of K Street lobbyists, military contractors, the health insurance and pharamaceutical industries, the oil industry and foreign lobbyists. That takes the kind of brass needed to direct the military, particularly at 3 a.m.!

Despite campaigning at the height of cold and flu season, time and again Mrs. Clinton has made actual physical contact with members of the general public.

She personally peeled the onions that turned the tide in the 2008 New Hampshire Primary.

She single-handedly revived the agricultural practice of speaking to plants, particularly at town meetings.

She has demonstrated the courage to cross party lines by endorsing John McCain over Barack Obama in this year's presidential race.

Finding racism personally repugnant, Sen Clinton left it to her surrogates to reanimate the ignorant fears of Reagan Democrats thus accomplishing her goal without compromising her principles.

Even though the media treated her as a serious candidate despite eleven straight defeats, she summoned the gumption to blame said media for her electoral plight. And just like that, the media agreed with her. Now that's some powerful persuasion! She stood toe-to-to with Imelda Marcos, telling Mrs. Marcos that not just the Philippines can be lead by the spouse of a shifty former leader.

Unswayed by the advice of the fashion cautious, she turned school bus yellow into power color.

She courageously stood in support of Bernard Kerik as Homeland Security director at a time when so many others were letting piddling things like his criminal ways cloud their view of the man.

She helped Terry McAuliffe open a brand new shopping mall in upstate NY that just weeks later was the scene of a Tiffany riot. Close call!

She voted against the cluster bomb ban. (Ever a mother, even today she works quietly behind the scenes to champion the development of cluster bombs that would spray shrapnel at a high enough trajectory to spare children of anything but the occasional head wound.)

She played a key role in assisting plucky little Wal-Mart in its transition from monolithic retail gargantuan to all-encompassing blight upon humanity.

Despite numerous Klansmen, neo-nazis and al Qaeda supporters in New York, she courageously rejected anti-Semitism, when others only simply denounced it.

She led a daring airlift of her staff into Florida to claim a victory in the  Sunshine State's 2008 Democratic primary, disregarding both the meaningless of that vote and the pledge she broke by celebrating that 'victory.'

Ever the political trend-setter, she discarded the long-standing courtesy of congratulating a victorious opponent after a primary or caucus.

She has tirelessly advocated for the right to privacy... when it comes to her own income tax returns.

She has been honest,  almost to a fault, about why a few dozen states have no business participating in the fall elections since they already demonstrated wanton irresponsibility by voting for her opponent in caucuses and primaries.