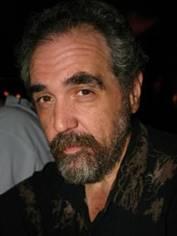 (Bush Administration launches investigation into use of French term.)

To summarize a life as a performer is not an easy task for a simple press release. But here goes, with a little help from a source.

He started long ago, when it felt like Richard Nixon would never go away. Hes lasted through several more interminable presidencies. Now political satirist Barry Crimmins ( www.barrycrimmins.com ) has decided politicians wont have him to kick them around anymore. Well at least not from the stage. After over 30 years of performing, Crimmins is taking his act to the Hiatus Network. In the future hell devote his verbal assaults to the printed page (and perhaps the occasional podcast).

I hit the road in the early Seventies and for the last several years its been hitting me back harder and harder, says Crimmins. Ive accumulated more stories than I could ever hope to recount. But I intend to try. (Bush administration launches investigation of Crimmins for use of American term recount). The task began in 2004 when his first book, Never Shake Hands with A War Criminal, was published by Seven Stories Press.

Barry made a fifteen-year stop in Boston, starting in 1979 when he founded the legendary Ding Ho Comedy Club. The club was the focal point of the comedy boom and was featured prominently in Fran Solomitas documentary of the Hubs humor heyday When Stand-up Stood Out. Crimmins went on to establish himself as a renowned political satirist and activist. His firebrand speeches enlivened countless progressive gatherings and over a several year period he did as many benefits as commercial shows.

Crimmins toured extensively with his good friend, comedian Steven Wright. He also toured with musicians Jackson Browne, Billy Bragg, Michelle Shocked and Dar Williams and opened dozens of shows throughout New England for various artists, including the late Warren Zevon, who said Its always good to get back to Boston to hear what Barry has to say.

Barry has always been interested in the development of young artists and plans to continue the tradition he began at the Ding Ho at his farewell show. His 7:30 PM performance will be followed by a 10:00 show featuring some current acts on the Boston scene Barry feels are worthy of carrying the torch he lit at a little club in Inman Square all those years ago. Barry will introduce the 10 PM Jimmy Tingles Comedy Showcase show on June 2, and Jimmy Tingle will host.


Jimmy Tingles OFF BROADWAY Theater (JTOB) was founded by comic, actor and writer Jimmy Tingle in November, 2002. The theaters mission: to create a welcoming, supportive multi-use venue for both established and aspiring performers and productions.