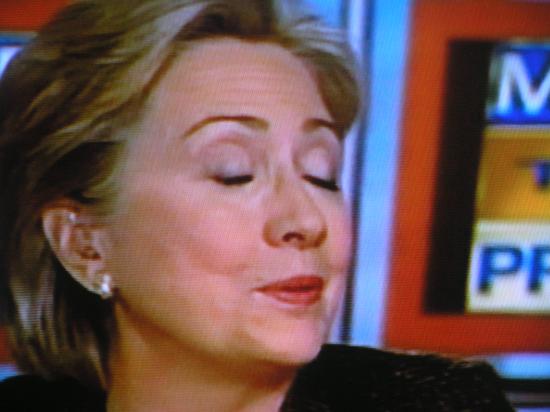 I'm at least a day away from functioning on even a meaningless level. In the meantime, scattered between the typos, here's a few items offered for your entertainment, edification and outrage.

Today's quote comes from a Reuters story about how the corporate world fears John Edwards more than any other "first tier" candidates. "My sense is that Obama would govern as a reasonably pragmatic Democrat ... I think Hillary is approachable. She knows where a lot of her funding has come from, to be blunt," said Greg Valliere, chief political strategist at Stanford Group Co., a market and policy analysis group.

Obama is a "reasonably pragmatic Democrat."  This means he's OK with the corporate DLC. But we knew that when we heard him blathering about those crucial elements in alternative energy, "clean coal and superior nuclear technology."

And to be blunt, Clinton's supporters will consider anyone who examines where their candidate's funding comes from to be members of the Republican Attack Machine.

In case anyone needs to debunk the racist anti-Obama spam that's turning up in email boxes everywhere, here's how mainstream Newsweek deals it. Send the link to anyone who sends you this ridiculous spam... then tell them you forwarded their email address to the Southern Poverty Law Center's HATEWATCH project.

You can't lose if you're a CEO, just ask Angelo Mozilo of Countrywide, the sleazy mortgage company named after where its economic damage would soon spread. He'll be walking away from the disaster that is his corporation with $115 million, use of corporate, jets, and oh yeah, another $110 million he'd already raked in. I wonder how many homes wouldn't have to be foreclosed upon if you put 225 million dollars somewhere other than this vampire's pocket?

One sure way way to defeat the insurgents in Iraq would be to hand them the keys to the new US embassy in Baghdad. Talk about booby-traps! David Phinney wrote about it a year and a half ago. Phinney came back a few months later in Counterpunch with details of human rights offenses committed against laborers working for First Kuwait, the primary contractor of the crown jewel of boondoggles. The Washington Post (registration required) was on the case Saturday with this story about how a test of the facility's firefighting equipment caused pipes to explode.

Yesterday I watched Sen. Clinton wiggle around the facts concerning her cowardly vote to authorize Bush's war in Iraq. She was so shifty on the question that I had to root for the odious Tim Russert of Meet The Press. (Fat lot of good that did me!) Anyone with a brain knows that she voted for the war for cynical political reasons. She voted for the war because even back then, she was running for president. Nevertheless, back then only fools believed Bush wasn't going to attack once he had legislative authorization. After that vote, anyone in their right mind was disgusted and bummed out because we knew it meant war. We remember this and so we know Mrs. Clinton is an equivocating political weasel. If you don't like it, Mrs. Clinton, go buy some Kleenex and find a camera crew. I choose to do my crying with people like Cindy Sheehan.

In case you missed Lorrie Moore's op-ed piece in yesterday's NYT it really is worth a look. I particularly enjoyed her indictment of education in America.

Obama took the words out of my mouth when he pointed out that Clinton seemed unconcerned about members of the Culinary Union's participation in the upcoming Nevada Democratic Caucus when she thought she had that union's support. Now that its not endorsing Clinton, her henchpersons (ah, progress) have filed a lawsuit meant to disenfranchise a lot of hard-working people who clean up the disgusting mess left behind by slothful visitors in Nevada hotels, casinos and restaurants. Viva las hermanas de la unión culinaria Since the Michigan ballot was not printed by the networks, there is is another candidate whose name will appear as a choice for Democrats: Congressman Dennis Kucinich. Were I supporting anyone other than Clinton in Michigan, I'd make sure that my vote went to a tangible candidate rather than a vague implication about my ability to make up my own mind. So if you're in Michigan and you want to tell the fixers that they cannot have your proxy so they can turn around and crown a candidate of whom you disapprove, looks like Kucinich is your choice.

If you think the African-American community feels it just can't lose when choosing between Obama and Clinton, you haven't been reading the Black Agenda Report.

More when I can sustain a narrative.