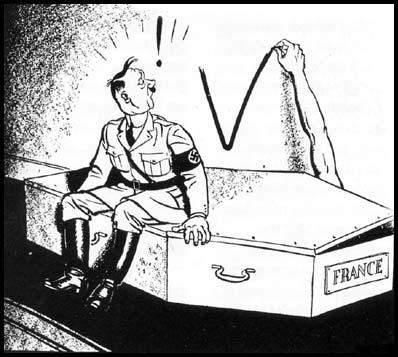 They say you should tell an audience what you're going to tell them, tell you what you tell them and then tell them what you told them. What follows are two pieces that make the same point. I promise to return to cover the "tell you what I told you part" later on.

My pal Scooter repackaged a chunk of my final performance In Boston last month and included it in his version of this month's Christmas Coup Comedy Players show. When he played it on KPFT in Houston, the lines lit up.

He wrote: I couldn't get out of the place, because the phone kept ringing. One guy had to pull his car over because he was WEEPING, and some lady of French descent wanted to buy CD's, and five other callers who wanted to know, "Who the fuck was that guy?"

It felt great, you really knocked 'em dead with that one, I felt like a hero just playing it. I thought you took me places I'd only been alone, but there's alot of us out here, even in this shithole, you rocked Hyooston today, took 'em by surprise, and hooked up with the American nerve.

Thanks, Scooter. First-- you selected the piece and cradled it in a key position on the show. And a public thanks for bringing me up to speed for podcasting, which would be impossible without the equipment you sent me. It was an act of generosity and solidarity that came entirely out of the (if you'll forgive the tired color-coding) blue.

Nobody can package and deliver a message better than Scooter. Nobody. He's a genius at harvesting the words of our oppressors, and with martial artistry, turning those words right back on them. For him to encourage me with such enthusiasm does exactly what audiences at my shows have done for many, many years: he's called my bluff and I'd better deliver. So the podcast is nearly ready to go. Stay tuned and please do tell your friends. Words To Live Near will soon be available for download on a computer near you.

The piece Scooter chose for that broadcast was pretty much off the cuff. But then, most of my career has been improvised. I'd take ideas on the stage and rely on an audience's ability to let me know what it needed for those ideas to work.

I always used notes for my act -- always. You can't abandon the game plan if you don't have one. Because of the topicality of my work, intertwining issues required dissection before reassembly on the stage. As a humorist, one must be surprising. To keep various issues fresh, it is necessary to reveal them at the right times. So although it might have seemed like I should mention something or someone earlier in a show, I tried to save the most pressing stuff for the crescendo.

Almost anytime I did a show, I put in several hours of preparation for every hour on the stage. I'd open with something strong, accessible and funny (at least that was my hope). After that, the notes were simply a menu from which to choose what I'd serve to a given crowd. Even though I put more time into preparing each performance than most comic artists; each raw and unique show made me look much less prepared than my fellow pros, who'd spit-shine and hone material into sparkling gems. I both envy and appreciate the others for this. My shows were often uneven because of my refusal to do the same material, in the same sequence, for very long. They also hit some high notes. You play your cards and you take your chances. I got a lot of help: my fellow comics were forever reminding me of strong lines that I had lost track of along the way. They understood what I was attempting and were anything but petty about it. So much for another show biz myth.

In any case... after preparing my final notes I'd add something like "let them have it." This just meant summarize the general feel of the show with heartfelt, guard-dropped remarks.This was a luxury I'd hoped to have earned from my preparation and performance. Most nights I was afforded it. I was slightly more prepared at my last show. At the bottom of my last page of notes, I'd typed: Uncle Phil and Dad- Wars Never End.

On that night, in front of a wonderfully supportive audience, I was well at ease when it came time to wrap things up. And so I spoke of the lifelong toll war exacted from my family and in particular, Phil Crimmins and Phil Donovan. Having just attended Major Philip Donovan's funeral, I'd been spending even more time than usual thinking about such consequences. Uncle Phil had been a spy behind Nazi lines in France. I posited that since he worked with the French Resistance, he wouldn't have much use for the irrational hatred of the French that was employed by an administration of chickenhawks as another phony reason to attack Iraq.

The French my uncle knew were courageous and heroic. They undoubtedly saved his life. They despised French collaborators and cowards and more than anything-- they hated fascists. Bush and Cheney are lucky that the French Resistance is no longer in operation because its members would see through the bullshit that is Vichy America with clarity few possess.

For the most part the Democratic Party has played the role of cowering local French officials, rationalizing that it's better to cling to some authority than to speak up and resist. A neo-lib is just a neo-con who is slightly more concerned about paying lip service to domestic liberties. Once you're working in a foreign sweatshop the two are almost impossible to tell apart. At home, the neo-libs scare easier. But who wants to risk reprisals at a time of fascist authoritarianism? Cindy Sheehan, Howard Zinn, the late Kurt Vonnegut and my buddy, Scooter, come to mind. And there are a lot more of us out there. For examples, click on any of the (slowly but surely updated) links, on my home page.

I promise that I'll use my podcast and this space to save the government money. It won't have to wiretap my phones to learn that, with very few exceptions, I think our alleged leaders limp the gamut from fascism to cowardice. They'll also learn that I'll never let myself be led around by such unworthy representatives of a country that was so dear to two guys named Phil.

Last week I wrote about Father Thomas Neary. It took me a few days to put together a long essay about a terrifying period that lasted for several years of my childhood. It was met with limited response. This didn't surprise me since it concerned child abuse and child abuse is an issue that can silence almost anyone. We are terrible about talking about it, seeing it, recognizing it. In a world full of nosy people, it is one area in which we go out of our way to respect boundaries -- even though those boundaries have been erected by perpetrators of profound human rights offenses. Thomas Neary built his boundary with a single white collar.

I usually write exactly what I intend but in the piece "Mea Maxima Culpa," I failed to include the real upshot. It was this: if all those people could watch Neary verbally and emotionally abuse me on an altar, during mass and say and do nothing about it then what possible chance did the victims of his privately practiced pedophilia have?

Let me leave nothing to inference-- it doesn't matter if it's child abuse or a fellow worker getting mistreated by some office serial bully or a Congress that won't make a peep about impeachment even though 45 percent of the American people favor it -- we must speak up when we see wrongdoing. We must stand up for what is right when we are met with the challenge to do so. Or things will become much, much worse.

The piece I wrote for last week's Boston Phoenix was satirical. It was written as a letter from Dick Cheney to Satan. In this one the upshot was meant to be inferred. I was saying that there is almost nothing else to say about this administration. They have committed so many abuses in front of our very eyes that we can be sure that whatever they have done in private is far, far worse than we could ever estimate. It was true with Thomas Neary and it's true with George W Bush and Richard Cheney.

It will also be true with any candidates to whom we assign blind support. We have to stop making saints of petty, venal politicians. The few that deserve canonization will receive it in due course... along with dozens of others, like Ronald Reagan, who even in death will have public relations mavens repackaging their misdeeds as great acts of leadership. These people build their boundaries in red, white and blue so they can say that to erase them is to desecrate our nation.