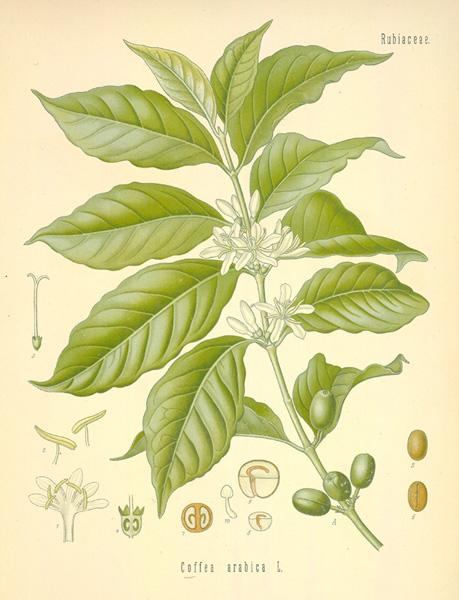 Water, the universal solvent, when heated and run or percolated through ground coffee beans and then mixed with some dairy products and sweeteners can sell for upwards of $5 per cup in the USA. Starbucks is the leading beneficiary of this nation's Java Jones. These days it's easier to find a Starbucks than a parking space. It's not so easy to find what you want at 'buck$. If you drink decaf, like I do, you'd be wise not to patronize the home of the green star. They only sell one Swiss water process decaf and it's not generally featured in its stores (except as bagged beans). The caffeine you avoid at Starbucks has been removed by a process that employs methylene chloride. Um- ummm--- I'm nothin' until that first cup of methylene chloride in the morning! Only a few of its coffees are of the fair trade, organic or songbird friendly, shade-grown varieties. The dairy products it uses are likely to contain bovine growth hormones unless you read the menu fine print and pay an extra 40 for organic milk. The vast coffee outlet sells luxury-priced consumable items from behind a smooth jazzed, semi-glossed veneer. As part of that veneer, the corporation does pay lip service to a variety of social issues. Its workers do get a healthcare plan and so the company's bottom line is not as low as the next conglomerate's. It is one of the few American firms that can survive outside the military industrial complex and afford to make healthcare available. Dunkin' Donuts can't say that and it's part of the Carlyle Group! So if you must choose between the two, go with Starbucks muffins rather than Dunkin' Bullet Holes  or their deelish Dunkin' Blackwater coffee!

If you need java, the best way to go is with an independent coffee merchant or your local food co-op.

Starbucks is responsive to public outcries. The Goliath recently caved to immense public pressure brought by Oxfam America and signed a fairer deal with Ethiopian coffee farmers. We'd be all set if they'd just do the same for people in numerous African and Asian countries, Central and South America and several island nations. Granted, the chain that has spread faster than measles pays more than the lowball wholesale prices set by the slime at Proctor and Gamble and other mega-distributors. But we pay more for its products, enough more so that no one who picks a bean that ends up in one of its logo-addled paper cups should ever go hungry.

If we can pay exorbitant prices for our morning fix, we can demand that we in turn pay for a product that is beyond ethical reproach. Which means that Starbucks should completely abandon the purchase of cheap beans that have been sun-grown in fields that have been cleared expressly for the purpose of delivering a crop that's fraught with pesticides instead of natural shade-grown, songbird friendly, organic beans. And, to repeat, we should demand that the people who do the hard work of coffee bean farming make a good enough wage to put some java and scones on their own tables. Starbucks does better than most but it often speaks of providing 'guidelines' and making 'suggestions' to coffee and dairy producers. Starbucks is in a position to do more than suggest what it wants. When you read Starbucks press releases concerning its corporate conscience you begin to notice that they contains more than ample wiggle room . The company started in Seattle, a progressive town. Its products appeal to an upscale, educated crowd. Starbucks customers deserve to feel every bit of liberal guilt that gnaws away at them as they plunk down more money for a beverage and a snack than some third world workers make in a week. So of course Starbucks spends millions to appear to be a decent corporate citizen. But Starbucks makes enough money to remove all doubt. At the very least it should make more truly ethical products available. Then I can happily plunk down an extra 50 or so to know that I am not killing birds, starving peasants or poisoning myself and the environment.

Starbucks can spring for pet Beatles because it sells a product that is inestimably better than America's former coffee standby- - four hour-old Maxwell House left on the burner until it was more bitter than Richard Nixon after the 1962 California gubernatorial race. It wasn't so long ago when it was considered upscale to eschew instant for brewed coffee. We've come a long way since those freeze-dried days -- arguably too far. Now we can spend 100 times what we used to for our morning beverages. Of course they throw in disposable cups, heat shields, napkins, stirrers, cup carriers and bags with which to guarantee all our landfills are venti. So while we're at it we should demand that Starbucks use completely recycled paper products and provide and maintain recycling bins that are at least as ubiquitous as their stores. The company claims it has recycling in 61 percent of its franchises. That's not good enough -- particularly when you consider that 100 percent of its locations generate mountains of 'disposable' waste. Starbucks isn't saying how much recycling these stores are doing, just that some recycling goes on in over half its locations. Plenty of wiggle room there.

What got me thinking about Starbucks? It all comes back to the universal solvent. Comic and Ding Ho alum Kevin Knox has done a remarkable job fighting cancer. When facing a grim prognosis, he went out and found an alternative path to wellness. Kevin's approach emphasizes nutrition and it's worked. A couple nights ago Kevin had a run-in at Starbucks. I must amend this story to add that Kevin pays for his hot water at Starbucks and then tips. On this night the water was just so hot that he asked for an extra cup. The only thing I disagree with Kevin about is that I think Starbucks should give water, hot or otherwise to anyone, homeless or otherwise, who looks like they aren't likely to use it to scald or drown themselves or anyone else. Hell, at its prices Starbucks should be delivering cauldrons of coffee to homeless shelters.

And I don't think the dope who mistreated Kevin should lose his job. He should be given what he didn't give to Kevin: a break. Let's hope he'll learn that like cream and sugar, good karma and good coffee go together.

When a corporation gets something right, I'm not afraid to report it. In case you missed this story when it first broke, here it is in updated form.