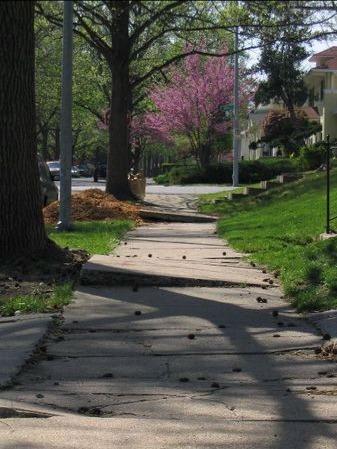 Listening to Miles Davis and taking a leisurely Sunday stroll through the newspapers, blogs and my e-mail. Here's some of what's drawn my interest:

First stop: Sam Smith's always interesting Progressive Review where he offers some words that will have to tide us over until Dennis Perrin resurfaces from his bold walk among the participants at the Yearly Kos convention in Chicago.

Next a story of passenger screening on city buses in the notorious terrorist enclave of Indianapolis, Indiana.I hope all the members of the Democratic majority who acceded to Bush's demand for increased snooping power are proud of themselves!

We must drive terrorists from their homes and force them to live under our bridges. Let's see them try to survive there!

Smith also provides these hints to watch for, for those who fear creeping fascism.

Smith links to Boston Globe columnist Derrick Z. Jackson's scathing indictment of the much celebrated increase in the minimum wage.

Brunch with the Gray Lady

From the New York Times:

Bad news for the Twin Cities: Dubyahoo has promised to make rebuilding the I-35 bridge a top priority. Sort of like capturing Osama bin Laden or returning New Orleans to its former glory.

The Times has always championed the underprivileged and never more in than in a piece that should be titled: The bucks are always greener...

Hal Steger says, "I know people looking in from the outside will ask why someone like me keeps working so hard, Mr. Steger says. But a few million doesnt go as far as it used to. Maybe in the 70s, a few million bucks meant Lifestyles of the Rich and Famous, or Richie Rich living in a big house with a butler. But not anymore. in a Times investigatory piece about the gritty underside of life for those only worth millions in an age of billionaires.

One more Times story that should provoke us to wonder how long before all bus passengers will have to wear one of these?

From the BBC: Remember to forget Holocaust survivors?

The question, translated from Yiddish is: What is this? The Ninth Ward? The BBC reports: A government offer of a monthly stipend of $20 () was rejected as too little by survivor groups, and they vowed to go ahead with the Jerusalem action.

Many elderly survivors say they struggle to pay for medical treatment and, in some cases, food.

The protesters are calling their protest a "March of the Living" - a name which echoes the annual march at the Auschwitz death camp in Poland to mark Holocaust Remembrance Day - and some are expected to don prisoners' clothes and yellow stars.

One Israeli cabinet minister, Yitzhak Herzog, said the use of such imagery on a march over a financial dispute with the government was "an insult to the collective memory of the Holocaust".

Holocaust survivors are an insult to the memory of the Holocaust? What does Herzog propose to do? Round them up?

Speaking of the proverbial troop; allow me to double back to the Times, where Frank Rich had a good day on the issue of hiding behind the troops.

I'm endeavoring to get this site more intwined in the world wide web we weave. Tom Duffy has been helping. One thing he did was send along, as an example, all the embedded code he uses to seed his posts to newsfeeds and so people can more easily read and subscribe to his acerbic and timely blog The Garlic. Unfortunately I sent them along to my web guru and failed to mention that we needed to change the part of the code that sends people to the Garlic for subscriptions and updates. As a result there are now many ways for you to subscribe to Duff's blog along the lower right column of my home page. I'm a nice guy but my gratitude does know some boundaries so my unintended Garlic promotional bonanza will soon end. For now please do use them to sign on with Tom's blog but check back soon so that you can also do the same for this site.

Since I've returned to posting more regularly, traffic has jumped dramatically. All praise to you, oh mighty reader! I'm really trying to kick this into gear for the fall and you can continue to help. If you like a post or the page in general, please link to it. Please mention it in your comments on other sites. Please ask your friends to click this way. And please send it out to sites like Smirking Chimp, Reddit, Bartcop, Truthout, Raw Story, Digg and dozens more ask them to link it, too. Most importantly, please keep visiting here each day. The more traffic on the site, the more viable the effort.

Please and thank you,
Barry