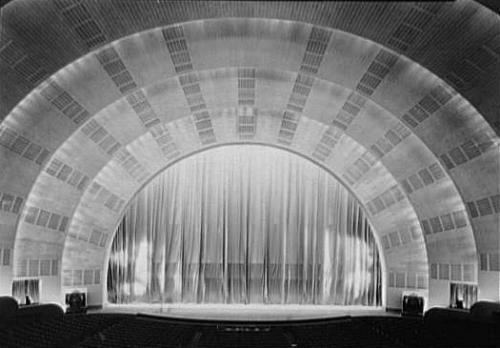 Or blindfolded on a centrifuge

Some people aren't even slightly interested in show business. If you're one of them, you needn't read this. If, however, the smell of the greaseballs and the yell of the crowd intrigues you, herewith a glance behind the curtain from yours truly, show biz vet emeritus.

A life in show business is a shocking experience. Not the kind of shock that comes from trauma experienced during a specific event but rather a long-term disassociation that results from a life on the road during which many strange people, in many strange places, treat you with incredible familiarity.

Once you reach a certain level of success, you're led around from place to place by other people. These people are the only ones with at least some sort of grasp of what's going to happen next. Often they don't really know much but so long as they can act reassuring around the "talent," (that's what you're called) they can generally bluff until things come into better focus.

As 'talent' you are the first and last consideration of numerous other people, all of whom communicate furiously with one another, in furtive hopes of creating a simple and obvious enough situation so that not even you can screw it up. You see, only in show business is 'talent' a derogatory term. If you've ever been backstage before a performance, you pick this up quickly. "No! No! Nooo! Make it twice as wide, paint it orange and light it, talent is going to be walking through here."

What everyone doesn't understand is that talent has every reason to be confused. Talent spends years on the road. Talent goes through the exact same situations, gives the same interviews, travels the routes and performs the same (or similar) material for years at a time -- in ever-shifting combinations. Talent can walk into a radio station or a theater and meet people and have no idea if they've ever met them before because everyone always acts like they already know talent. So talent ends up seeming distant and weird and confused...

Especially because of the travel. Talent has been everywhere before but rarely long enough to do more than unpack and pack again. The corporate homogenization of the world makes one town look pretty much like the next. Travel by jets, puddle-jumpers, tour buses, trains, limos, cars and even the occasional boat heightens the confusion. "Let's see, plane, rental car, boat, taxi, hotel near ocean some guy from the club in a Landrover... this could be Martha's Vineyard!"

The hotel rooms are all dreadfully similar, except for new and remarkably specific annoyances one never expects. "We have the National Association of Back-up Beeper Manufacturers convention here this week so please make sure you have heard an actual fire alarm before leaving the building."

Once you've beeen situated in lodgeing, food is the next challenge. Hotels are set up for business travelers, not show business travelers. In show biz you don't want to eat right before the gig so mid to late afternoon lunch is in order. Often this serves as the first meal of the day. One problem -- many hotels kitchens are closed during this time period so the performer/refugee is left to find his or her own lunch. This is easy enough in New York or LA or Chicago but in Dubuque or Kankakee or Utica, it's a different story. Often you can spend a few hours finding either no food or horrible food, miss a crucial nap in the process and end up at the gig hungry and tired. So you pound some coffee and hope you wake up when you hit the stage. You do, which is a good thing because talent is expected to, and generally does, pour everything it has out on stage. Performing is the easiest part of the day. The turf is familiar and talent is in charge. After the show, talent must then gird for a meet and greet with a general public that is far too invested in a brief encounter with someone whose note precedes her or him. Talent knows it seems distant and confused because it hasn't eaten or slept since it left the last town it can't remember, only to arrive in a new one it can't quite place. If you don't look like your drugged, you ain't in the biz.

Just as talent grows a bit acclimated to dealing with post-show revelers, it is told that it's time to leave so that the entire process can begin again.

Being a performer is like being on a field trip that never ends. Forms must be signed, arrangements must be made and then chapperones whisk you off to lord knows where. After a seemingly endless ride you are brought to some sort of museum, where you are immediately put on display as the main attraction. It certainly can be a very rewarding life but if you envy it, you haven't lived it.