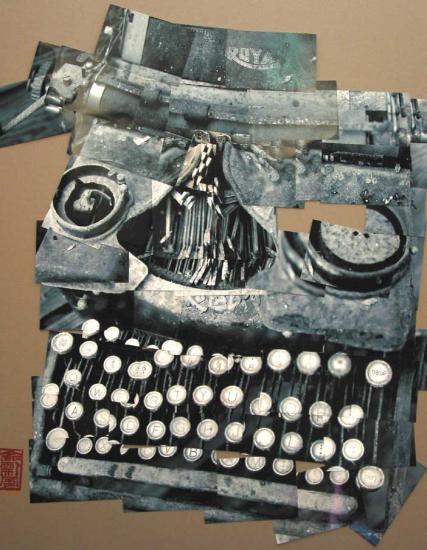 As Hollywood becomes increasingly corporate, which is to say controlled by fewer and ever larger corporations, it follows that the bloodless conglomerated monster it's become will savage the entertainment workforce in a fashion that mimics its evisceration of workers in other industries.

Let's face it, corporate entertainment division heads have to be getting tired of explaining why payroll eats up a measurable portion of their annual budgets. "Uh yes sir, we have looked into outsourcing screenwriting to Sri Lanka but at this point our best bet is moving directly to script-generating software."

As with every other industry, the corporate master wants to drive costs down and profits through the roof. The only way to do that is to chain the workers in the basement. So why not start with the geese that lay the golden eggs on command, day after day, month after month, year after year? Thus the insulting contract the
Alliance of Motion Picture and Television Producers has foully plopped on the table before the Writers Guild. To the AMPTP, the writers are spoiled ingrates. Like billionaire baseball owners who would weep if they came within a city block of actual live pitching, the bosses complain about the overpaid help. Forget the fact that there's no game, no revenue streams and rivers and oceans without the players. Goddamnit, these guys are doing something most of us would do for free! Which is true enough, except its hard to sell the TV rights to people soiling themselves as fastballs buzz beneath their chins. Although I should be careful because if the WGA walkout lasts a few months, we may soon see the new sports reality show Strike Pee!

When you hear the corporate porkers speak of how great the writers have it, remember they writers are in a line of work that's a permanent crap shoot. Even if a scribe is working on a hit TV series, it's no guarantee of job security. At the end of each season a writer's contract must be renewed (unless of course she or he has a rare long-term deal). And even if a writer takes the entire ride, hit shows bid farewell sooner or later. Rather than getting the next gig based on merit, the writer might find him or herself deemed passe.

The screen and/or scriptwriter's working life tends to be short because it takes place in an industry that wants to appear to be young, hip and vital. Age discrimination is a fact of life --especially since the old, rich bastards who run the racket think they can appear young, hip and vital by hanging with twenty-somethings. So after working for years to make it, a writer had best arrive with a phony birth certificate and a jug of Grecian Formula.

The money is good but it comes in a concentrated period and it goes fast. If you're a writer working for real and regularly, you basically have a choice of living in two places: New York or Los Angeles, a pair of cities designed to turn any paycheck into disposed-of income.

The two things writers have going for them is their talent and a great guild. The WGA guarantees commensurate wages, good benefits and fights the greedy for a sliver of a gigantic pie. That microscopic slice comes in the form of residuals. As we head into Show Biz 2.0, a stream and download driven industry, the production companies want to keep writers harnessed to a pay structure based on airwave delivered content. After already getting reamed royally on royalties on video and DVD sales and rentals, the WGA is making a stand on broadband.

As bad as television seems, what's good about it hinges on quality writers. Writing has always been hard work but it's become much more difficult over the last twelve years because the networks now own big chunks of all the shows they air. Nitwit suits are leaving their greasy paw prints on every phase of production. If these useless parasites were eliminated from the workforce, things would only get better and plenty of cost would be cut. You know that actor you love and think is brilliant and noble? Well chances are pretty good that he's vapid and narcissistic, just really good at speaking words others put in his mouth. Words crafted by writers. Writers who are absolutely fine with your worship of stars of stage and screen. Fine, providing they're properly paid and credited for their work. Fine, providing they receive a little something whenever more money is made from their creations. Believe me, residual checks are all that keeps a lot of writers from living on the very sidewalks upon which they're carrying picket signs today.

The WGA isn't being greedy or difficult here. Its members are simply standing strong in the face of a union-busting attempt by an industry that has forgotten that although game shows and reality shows come and go, there has never been a time when the screen, big or small, silver or plasma, didn't desperately need good stories, told well and funny jokes, crafted brilliantly. That's what the WGA brings to the table. It should walk away with a fair deal in exchange.