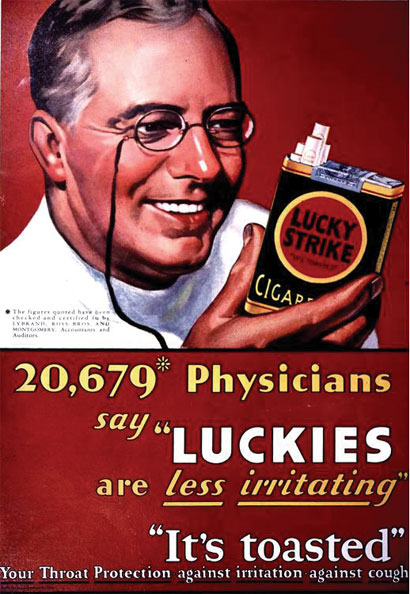 Larry (below, right)  no longer needs to worry about throat irritation!

Today is just another day to many Americans but to Larry Fleming of Baton Hatch, Louisiana it's a day like only 30 others. You see today Larry will not smoke any cigarettes, just as he hasn't smoked any cigarettes on any of the other November dates on which the American Cancer Society's Great American Smokeout has been celebrated since 1976.

Last night, before drifting off to sleep in the new efficiency apartment he moved into after he accidentally burnt down his home in April, Larry put fresh batteries in what he calls his "talkin' wand," to speak exclusively with barrycrimmins.com. Larry stuck a Marlboro Medium up to his tracheotomy, lit it and drew deeply before declaring, "On Friday I am switching down to Marlboro Lights."  His voice was tinged with electronic resolve.

"The fire really was a blessing. It took my old dog Lucky, who was suffering mightily from emphysema. But he was a good ole boy and I miss him. I learned a good lesson that day-- I never knew how dangerous oxygen was so I swore off the stuff. It was tough at first so I moved to Los Angeles which helped with the transition. I just thank the Lord I'm back here in time for the smokeout. There was a time when it appeared my string was gonna end at 30. I'll tell ya when they pulled me out of the charred remains, I looked like the guest of honor in a Blackened Crawfish Gumbo."

But time, peeled away like epidermal layers and soon Larry was back in a new wheel chair he obtained by redeeming Marlboro Point coupons he'd had the good sense to store in a tin container.  Larry laments, "I wish I'd had gotten old Lucky a tin doghouse but I suppose it'd have only a prolonged his pain."

The smokeout is the biggest day of the year for Larry. "I got kin that invites me over for Thanksgiving and Christmas and they get me some delicious turkey Ensure to pour down my feeding tube but the smokeout is my  special day for celebrating. Tomorrow will mean I've gone a whole month without smoking. It's testament to willpower!"

That it is and today, barrycrimmins salutes Larry Fleming and his indomitable spirit. We'll see him in 2038 to help him celebrate two months of smoke-free living! Not to be outdone by the anti-cancer lobby, the American Tobacco Council has joined the Great American Smokeout with a plan of its own, declaring today "Butt-for-Butt Day." The ATC asks that all Great American Smokeout participants donate the cigarettes they would have smoked  today to less fortunate smokers in foreign lands. "That way we're really getting the smoke out of America and into countries where cigarettes are harder to come by," says Malcolm Sloth, media outreach director for the Butt-for-Butts Campaign.

"Remember, in many countries people would consider themselves fortunate to live long enough to die of lung cancer. Sometimes we Americans forget what a privilege it is to select our own demise," implores the altruistic Sloth.

The ATC promises that donated cigarettes will not be distributed to any foreigners under the age of 14 nor to any persons undergoing interrogation nor anyone suspected of having ties to the World Health Organization.

Smokers are encouraged to purchase cigarettes from their local merchants and then simply turn them back over to the merchants for redistribution abroad. Best of all, the ATC says it will match smokers donations "Butt-for-Butt." So those 40 cigarettes you don't smoke today could become 80 appetite-suppressing miracles for a starving person abroad!

UPDATE: Randy Credico got into several heated exchanges with prosecutors yesterday at the Shawn Kovell bail hearing. The judge is considering the case and will announce a decision next Wednesday.