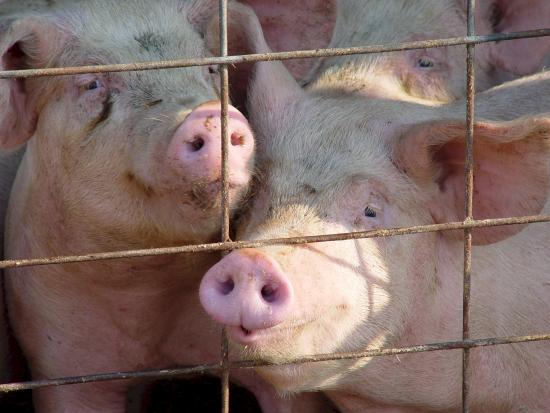 We dislike you, we REALLY do.
Call me an Iowan.

Romney's shape-shifting, self-financed attempt to quickly finish off a fallow field of Republicans was done in by Mike Huckabee's more human approach to retail politics, not to mention his ability to fill a revival tent. The Reverend Mike may have put Romney next to Tom Dewey on top of the wedding cake when he labeled him as "the guy who laid you off."

One chance for Romney sneaks in with Iowa's big Democratic winner, Barack Obama. As the campaign heads for New Hampshire, Obama remains the hot choice for Independents and New Hampshire is all about Indies. This is bad news for Romney's main Granite State competition, the reanimated John McCain. The aged Arizona Senator would have picked up a lot of votes had the Clinton camp-generated myth of her inevitability made it out of Iowaay.

It didn't. Still, Romney, an already stiff man, may seize up altogether in New Hampshire. As he stands facing cameras after the latest debacle with an ever cheesier smile plastered on his face, he's starting to look like he should be in one of those "wanna get away?" airline ads. If McCain beats him straight up, despite greatly reduced unaligned support, it will be time to put away the 'Ken' doll that is Mitt Romney once and for all.

Because Democrats employ a more complicated caucusing system than the Republicans, Huckabee's victory came early. But it wasn't long before Barack Obama was wearing the bluest Iowa ribbon.

The Post had it right. Clinton got stomped. By the end of the night she had even lost among Iowa women. Clinton's whole approach to this campaign has been to set herself up as the only choice, the only hope.It started when she assembled a staff of what has clearly become the old guard.

That staff spread the inevitability myth. It was watered and fed daily throughout the liberal blogosphere. Another myth also took root, the myth that this nation is helpless without the guiding hand of a Clinton. Last night both fairy tales were exploded from Davenport to Sioux City. It was a pleasant fireworks display to behold. Hillary Clinton finished third, nine points behind Obama and a point down from John Edwards. Edwards is is certainly the courier of as legitimate a message of hope as Obama.  Nonetheless, he must at least finish ahead of Clinton in New Hampshire lest he be taken in a rowboat off Hampton Beach and cast into the cold and cruel North Atlantic.

Clinton's Iowa demise was all about demographics. Obama's support is young and viable as well as educated and affluent. Clinton demo's are best represented by the stooped and melting Madeline Albright. The kids don't care who was president ten years ago. Back then they were worried about Power Rangers and Animaniacs.  To young voters, Bill Clinton is just a guy their parents stopped talking about when they entered the room. The Clinton years are simply history to the young people who swelled the meeting places of Iowa last night and are about to  storm New Hampshire this weekend.

Many older people overrate Bill Clinton's presidency because they view it through a rose-colored rear-view mirror. This is understandable for a few reasons.

For most of the Clinton years the economy was booming, and going to boom, because of the explosion of personal computers. Clinton happened to arrive at a time of this inevitable economic expansion, he didn't cause it.

Clinton was followed into the Oval Office by the most corrupt, evil administration in US history. This served to spit-shine the Clinton legacy. Of course had Bill managed to behave with just slightly more decorum than a Jerry Springer guest while he was president, Al Gore might have been elected in 2000. Wait, he was elected -- but let's not get back into the whole court-appointed president thing right now.

Iowa is about as white a state as you can find and yet Obama won. After New Hampshire, race will enter the race and Obama stands to benefit. The idea that Bill Clinton was the first black president is the final insult to African-Americans from an administration that regularly emptied its septic tanker in their neighborhoods. Clinton scapegoated the poor with so-called welfare reform and its reintroduction of the idea that black people are here to do jobs we don't want to do, so as to justify their subsistence room and board. He made a point of leaving the 1992 campaign trail to make sure Ricky Ray Rector, an African-American man whose mental capabilities had been lobotomized by police bullets, was executed in Arkansas. Hillary stood by his side when he made this barbaric gesture. If Bill Clinton was the first black president, he was as self-loathing a black president as anyone could imagine. The fact is Bubba wasn't the first black president but Barack Obama is looking like he might legitimately fill the role.

Anyway, Clinton's supporters have continually implied that our choice is either a return to Clinton or a continuation of Bush. Last night's results made it clear that this is an utterly faulty assertion. Huckabee is no bargain but he isn't George W. Bush, either. I don't think he became a Christian to cover up years of alcohol and cocaine abuse. And he ain't no president's son.

But screw Republicans. That's what Midwestern, mainstream Iowa said by a two to one ratio last night. If only one-third of Iowa caucusers came out to vote Republican last, it's not likely that over half of Iowa's voters will come out to vote GOP this fall. This means that Republicans will spend the autumn fighting to protect a diminishing base. It means that the Democrats will really have to screw up to lose. Well, if anyone can do it, it's the Dems but today, one thing is very clear, Bush is not going to be president again.

Clinton isn't done but her attempt to claim the White House as a family legacy sure is. And it says here that she's not going to pull out of this tailspin because old-time Democratic Party ward-heelers have absolutely no influence on the kids who have decided that they like the black dude the best.

Our job is to decide which candidate is best qualified to clean out the rat's nest of neocon sleeper cells Bush will leave behind. Obama isn't my first choice but if he can shoo off another Clinton administration before it ties on the bib and settles in for another four-year wallow, I'll keep my smirking mouth shut. At least for now.

Perhaps the funniest moment of the night came when Huckabee hitman Ed Rollins, decried "negative campaigning."  This is like Jacques Cousteau denouncing seawater.

Huckabee's other torpedo, Dick Morris, was back at his hotel trying to answer the question, "Which shoes would Jesus wear?"

Duncan Hunter's support finished the night at zero, where it was consoled by his credibility.

Lou Dobbs hung around for part of the early evening on CNN, apparently to provide analysis of Communist China's impact on the vote.

Chris Dodd's and Joe Biden's withdrawals from the Democratic race caused the same sort excitement they generated when they announced their candidacies. I guess they really are consistent.

Another big winner last night was RuralVotes.com for having had the good sense to obtain the services of Al Giordano, who once again called it right. Considering a Nevada countdown clock was added to  Al's blog last night, I assume he has re-upped beyond New Hampshire. That's great news.