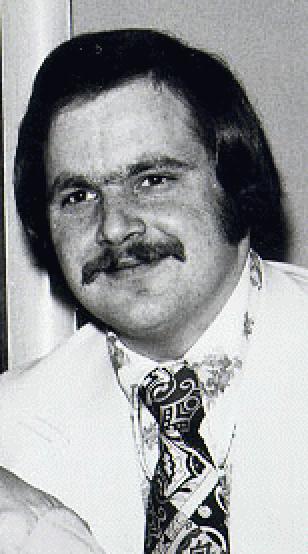 Do ya suppose anyone made fun of Rush when he was younger?

Years ago I was hired by the Detroit Metro-Times to follow Rush Limbaugh for a month and then report on what I'd read, heard and seen. While working this unsavory beat, I was watching his soon-to-fail TV show and witnessed Limbaugh take his infamous cheap shots at a borderline adolescent Chelsea Clinton. I fired up the wood-burning DOS system and word processed outrage at Limbaugh's cruelty, cowardice and inhumanity. (I can't find my piece from back in 1993 but no worries because Molly Ivins did a much better job a few years later.)

At the time of Limbaugh's public act of child abuse, the Clinton family naturally and sensibly shored up the fortifications around the first daughter. It was made clear to everyone she was off-limits. Fifteen years later, this impenetrable barrier remains virtually intact. So we can thank grease-sweating, fascist, blowhard, liar Rush Limbaugh for the special protection that allows Chelsea Clinton to actively campaign for her mother without ever having to answer one question from the media

Last week MSNBC's David Schuster foolishly used the phrase "pimped out' in association with the Clinton campaign's use of Chelsea on the campaign trail. The point that Schuster was trying to get to, but lost due his verbal oafishness, was that he felt the younger Clinton should be fair game for media queries since she's actively campaigning as an adult. A fair point, obfuscated by the 'pimped out' brouhaha. Chelsea Clinton isn't a child any longer. She's a 27 year-old (28 at the end of this month) product of both Stanford and Oxford. She's being sent out to college campuses to prove that Hillary Clinton's campaign has a very viable connection with the young and idealistic. This is important since the young and idealistic (not to mention naive) make up much of Barack Obama's core support.

Who better to make inroads into the fresh-faced Obamaniacs than a woman, who, advanced degree in hand, made some starry-eyed choices of her own? After completing her undergraduate work at Stanford and her masters at Oxford, Chelsea Clinton eschewed the frivolous path of political and social activism and instead chose community service. Corporate community service. In 2003, the then 23 year-old Clinton was hired for an estimated $100,000.00 per year to go to work for McKinsey and Co. McKinsey and Co is a management consultancy firm that charges ten grand a day to explain to corporations why they should move their operations to countries where workers have no choice but to understand that any wage is a good wage and that any hovel is a home.

As is often the case with the young and idealistic, Ms. Clinton soon craved a greater challenge (and salary) and so she left McKinsey and Co. in 2006 to join the Avenue Capital Group. Avenue is what's known as a 'hedge fund,' an organization dedicated to helping millionaires pool their money so that they can get more collective bang for their bucks. In Avenue's case the pool is twenty billion clams deep. Twenty billion private smackers giving mere millionaires the market-altering strength of billionaires. Talk about empowerment! No wonder the Quixotic daughter of a woman who has worked effectively for change for 35 years was drawn to this altruistic enterprise!

So of course Chelsea Clinton shouldn't have to answer any questions. She's not hawking junk bonds for a hedge fund because she wants to be scrutinized. All we need to know is, like her mother, she knows that she knows better than we. So until we have several million dollars to invest with the Avenue Capital Group, we should not expect access to Chelsea Clinton. To her, media is a commodity to be bought and sold. If it has something to say to her, it had better do it from the bottom line. Much the same, unless we bundled donations into her mother's campaign, like the pharmaceutical, weapons and insurance rackets have, we should not expect access to Candidate Clinton. Unless of course we want to replicate a potted plant on her next phony Hallmark Hoedown. That's h-o-E-d-o-w-n -- so leave David Schuster out of this.

But seriously, in a country that droolingly leers as paparazzi hound women considerably younger than Ms. Clinton into insanity, it's not too much to expect the chaste Chelsea to speak for herself concerning political matters -- especially when she's playing a big role in a big campaign. And it's certainly not wrong to ask why, save for their naiveté , young and idealistic people should listen to someone who has sold out as quickly and thoroughly as Chelsea Clinton.