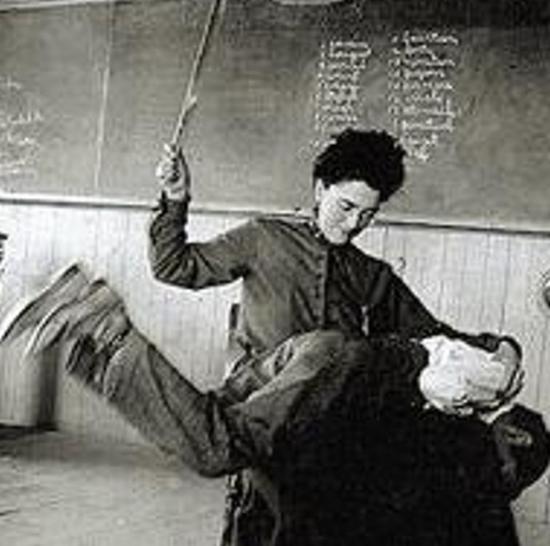 Hey you kids, sit up straight and pay attention! I'm telling you this for your own good and not because I like the sound of my own voice. Get off the campaign trail! It's dangerous for children. So quit volunteering for Barack Obama! Stop joining hands with strangers at those giant events! You don't know where their hands have been But I do. They have been in dirty, dirty places. And stop turning out so many voters!

Some day when you're old and miserable like me, you'll understand that you can't just go around supporting a candidate who is popular with lots of people. When you get to be my age, you'll learn that you can only trust candidates who engender rage and despair throughout much of humanity.

You punks think you're so smart. You need to understand that it's wrong to back a relatively young candidate, not yet devoid of optimism. The only valid choice in an election is one between veteran pessimists, who are experienced enough to understand why a sign should hang over each voting booth that reads abandon hope all ye who enter here.

When you truly grow up, you'll realize that ancient chasms are meant to be widened and not bridged. Disputes and acrimony are your birthrights, do not reject them. Don't be so foolish as to support someone who proposes to bring us together, when what we really need is the renewal of aged conflicts. The impeachment battle of the 1990's has just barely begun. If you must be optimistic, open your eyes and find true hope in the prospects presented by John McCain's promise to reenact the Hundred Years War, this  time in Iraq. That's 100 more years of three shifts at the weapons plant! If you have to listen to someone, young America, listen to me when I warn you against making up your mind in this presidential race on the basis of stirring oratory. The true test of a standard bearer is how you feel about her or him after you wake up from one of their speech-induced comas. Can you sustain your support despite pronounced grogginess? If you can, you've found the candidate of your dreams! Why do you think John McCain's victory addresses sound like bedtime stories?

Do you kids ever stop to think what you're doing to your parents by supporting a presidential contender who doesn't paint the future as grim, difficult and desperate? Why don't you just spit on Mom and Dad while you're at it? They worked their whole lives to give you that grim, difficult and desperate future and now you want to change it? You want something better? And you want something better even for your parents although they've grown familiar and comfortable with their hopelessness? You'd take that security away from the people who gave you life? You'd insult them by saying their world isn't good enough for you? I oughta stop this car and teach you all a lesson!

Well tell me, kids, if the Obama supporters told you to jump out of the upper reaches of one of those enormous sports pavilions you've been  helping them fill, would you do it?

You are bad and thankless children. Your parents and I just don't know where we went wrong with you. If you hadn't gone bad, why would you support anyone other than a candidate who scolds you like the impudent children you are?

I'll tell you what you need, even though you're not going to like it. You need some tough parenting. You need to be emotionally manipulated by someone older and wiser. Someone like John McCain, who knows you need to feel guilty for not supporting him while he was a prisoner of war, long before you were born.

Or better yet, you need Hillary Clinton. Here's a woman who knows how to put dreamers like you in your place. She has learned the hard way and now it's her time to instruct the class. If you'd just sit still and listen, maybe you'd learn something. For example, did you know that true feminism requires remaining married to men who humiliate you because it's the expedient thing to do? When you are older, you will understand this, like Hillary Clinton does.

Senator Clinton is a woman who says, "Don't talk back! I am the mother here and so long as you're under my space-based defense shield, what I say goes. I am experienced. I worked for the Children's Defense Fund for literal weeks before selling out. When you have done the same, perhaps we can talk. When others did glamorous pro bono social cause lawyering, I went to work for a corporate firm and joined the board of Walmart-- because that's what adults do. They give up their dreams, they discard their ideals and then someday, after working quietly behind the scenes for the power elite, they become compromised enough to mock and belittle millions of young and idealistic Americans."

Hillary Clinton knows that her eleven straight double digit losses in primaries and caucuses mean only one thing-- the mean voters are dangerously naive. If they weren't naive, they'd support Clinton and her glorious attempt to browbeat and shame her way into the oval office. The poor woman has worn her finger to the bone wagging it at us. If Obama supporters wanted to know about anything more than hope and change, they'd know that when Mrs. Clinton glowers at her opponent, her outraged and impatient expression is really meant for anyone impertinent enough to support that opponent.

Hillary Clinton knows this country needs some parenting-- some guilt-inducing, smothering parenting. She knows America needs a parent who can tell us with one look that we are in BIG trouble. She has said "shame on you" because she has a right to discipline the entire neighborhood -- after all, she wrote a book about it. But what do you do? You take the village and then you all go vote for Obama. You didn't learn to disrespect elders like that from me!

Listen, kids, it's really quite simple: it's Hillary Clinton's turn to be president -- she is a mother and mothers say whose turn it is! She knows all kinds of smart mother things-- like when trade agreements are ruining this country, they shouldn't be abandoned, they just need a time out. They need to go sit in a quiet place until voters aren't so excited about them anymore. She knows that it's wrong for Mr Smartypants Barack Obama to go around the country showing off in front of huge audiences just because he thinks he's so big. Like any good soccer mom, Sen. Clinton knows that when her team is losing, it's because the other team cheats. It's because the referees are fixing the game. It's because the media is rooting for the other team. And if one of the kids on her team gets frustrated from losing by so much and takes a cheap shot at another player, Mrs. Clinton won't know who actually committed the foul -- but she will narrow down the suspects to the refs and the media. Why? Because she has eyes in the back of her head. And she will use those eyes to keep track of all the bad children who do not support her. And boy are they ever gonna get it!

I'm only going to tell you this one more time because I'm already blue in the face. You kids, stay away from those Obama people. They are a bad element. And you are only going to end up being sorry. Do the smart thing and grow up. Forget hope and change. Don't vote for some unknown who could disappoint you. Be big girls and boys and vote for someone who has a lifelong record of being disappointing! Listen to me or I'm telling Mrs. Clinton and you'll be sorry then!