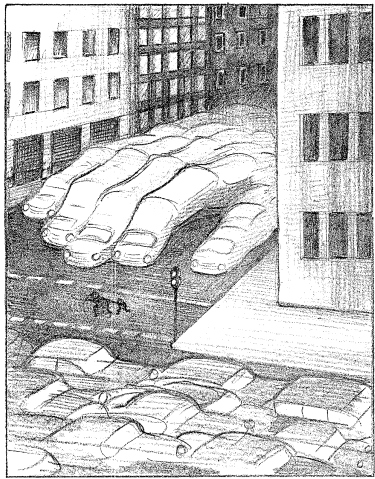 Q-- Should we talk to our enemies?
&
A-- Only if we think there is a chance of prying them out of the Republican Party.

***
The United States is planning a big new prison in Afghanistan. It will be called "Afghanistan."

It will be modeled after the prison called "the United States."

George W. Bush is looking into the benefits of formally changing the United States to non-profit status.

Bush got interested in non-profits when he and Cheney organized Prisons Without Borders, a non-profit organization that aims to promote international travel from police state to police state, while working towards the goal of turning the whole world into one big police state.

See the world from the safety of custody!

The non-profit idea has already swept the American auto industry. Take a look at Ford.org for more details.

Now that the UAW has again been crushed in the American Axle strike, auto makers are adding exciting features to stimulate sales, including the new Detroit Floor Mats that come with actual UAW members ground into them.

Now that the UAW has agreed to deals that cut workers' wages from $28/hr to $14/hr, think of how many new voters it will mean for Hillary Clinton. Maybe she really does deserve all those Michigan delegates.

It won't be long before an hour's work at an auto plant won't buy a gallon of gas. And that's as close to fuel efficiency as you can ever hope Detroit to get.

The Chinese have chosen not to allow American first responders to come help in the Earthquake rescue operation.

The decision has nothing to do with the fine American rescue workers but instead reflects Chinese fears that George W. Bush would show up with a bullhorn and start promising to bring whoever was responsible for the earthquake to justice.

Whenever Bush travels internationally, it brings hard times back home. As soon as he approaches  an open microphone  in a foreign country, an epidemic of spasmodic cringing  grips Americans, overtaxing citizens' already weary nervous systems.

As he travels, the braver people watch and convey the furtive details to those who can't bear viewing...

Citizen One: What's he doing?

Citizen Two: You're not going to believe it-- he's warning the Israelis about Nazis.

Citizen Two: From the speaker's platform in the Knesset.

Citizen Two: And he's obviously using the occasion in a cheap attempt to terrorist-bait Barack Obama.

Citizen Two: But he doesn't seem to have been drinking. My guess is pills.

Citizen One: I wish I had some.