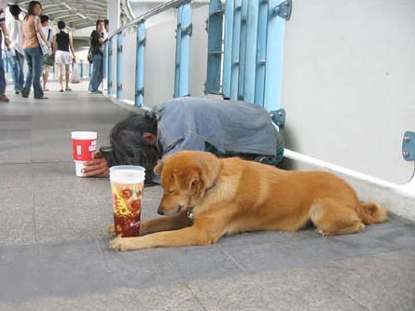 The Field's Al Giordano and I are old friends. Our friendship dates back to the mid-80's when he and another political operative named Bruce Berman brought me in to appear in a voter registration video they were making in Boston. As the years passed, our paths intertwined in a variety of progressive causes and journalistic endeavors, not to mention the general pursuit of fun. Al regularly had me as a guest on his radio shows. He publicized the hell out of any events I was doing in Western Mass or Connecticut both on the air and in the Valley Advocate. When he came to Boston to write full-time for the Phoenix, we spent a lot of time together, including one memorable Christmas when Al scooped us great seats for the theatrical production of Tommy. Neither of us were that excited about going to the play but Al had shrewdly realized that theater tickets were the perfect excuse to pass up all those pitiful Christmas dinner invites that de facto orphans receive. We ended up having a great time. No surprise there.

Al once needed sanctuary for some sensitive political materials, not so easy to disguise. They ended up in my Somerville, Ma. apartment until the "all clear" was sounded. I was honored that Al turned to me, I still am. The gregarious Giordano has been as important a political advisor as I have ever had. This places him in a tie with a few people I won't mention for fear of getting labeled as a "name-dropper."

In the mid-Nineties, Al left the Phoenix and after acclimating himself to life south of the site of the future wall, started up Narco News. He kept me in the loop about his remarkable adventures "somewhere in a country called America." I was pleased to help out by appearing at NN fundraisers in Massachusetts, NYC and LA. Over the past decade or so Al Giordano has defined and lived the life of an 'authentic journalist.' Because of Al's remarkable reporting, my website became the second best English language real-time source of information on the failed coup in Venezuela. The New York Times still owes its readers a few "clarifications" on that one.

When it came time for me to title my book, it was Al who instantly said "Never Shake Hands With A War Criminal," because he remembered the payoff to my story about why I refused to press Henry Kissinger's moldering flesh when I met the demon emeritus at CNN one day.

Last year Al wrote me and accurately told me what was going to happen in this year's elections. I didn't respond quickly because my beloved dog Lloyd had just died and I was crushed by grief. But I kept tabs on my pal and when he started up The Field on Rural Votes. I was happy to be able to offer my readers an early tip about where to get their election projections. As ever, Al didn't let me down. I've received thanks from dozens of people who frequent my site.

All this leads to today, which in turn leads to yesterday when I wrote Al to tell him that he should have written "bullpen" instead of "dugout" in a post on the Field. Al graciously acknowledged my correction in another post. He didn't link to my site in the piece and there was NO REASON he should have. It was a silly matter and I only wrote Al to remind him that, having wasted most of my life as a sports fan, I would be happy to check any sports metaphors he was planning on publishing. His failure to link to me in his 'bullpen' mention led to the loss of a windfall of many visitors to barrycrimmins.com but so what? Anyway, and as you probably know, I wrote a piece gently needling Al about his minuscule omission.

I wrote Al privately about my piece as soon as I posted it, just to give him a heads-up about the mild cajoling. When I'd received no reply several hours later, I thought it strange. Al has a great sense of humor and can give and take with the best of them and generally responds to my e-mails pretty quickly. Hmm. Late this afternoon I made one of my frequent stops at the Field and while checking out his most recent updates, noted that he hadn't responded there either. Double hmm. I hoped I hadn't pissed him off.  But wait, further inspection determined that Al had added me to his very exclusive blogroll. I was quite surprised, very pleased but also somewhat daunted. What was daunting was my understanding that Al's links on the Field are almost always  to sites strictly related to the election. I'm neither an electoral prognosticator nor any sort of political insider. I write about politics very, very frequently but I also write about my dogs and ... well, come to think of it, most of what I write has considerable political content. I've written some analysis of this election that beat others to certain punches. I think what I've had to say so far is standing up --  and has, for the past thirty or so years.

If you're a regular reader of the Field, you may well enjoy this site. There are all sorts of previous posts  in the blog area and, if you dig a bit deeper, years of archives to peruse. While I do not fawn over politicians, I am reasonably capable of discerning the horrible from the better-intended power-seekers. There is one candidate slated for the November ballot whose hand I will not shake. Fieldhands will probably enjoy what I will have to say about him in the coming months.

All of that said, I think my friend Al has been victimized by my less than clear post this morning. He responded with graciousness that is just one of his many admirable qualities. Of course I really would like a link when my name is mentioned on a mega-blog like Al's but that I wasn't included in his regular  blogroll was never a problem for me. Now that I am linked, I'd be a fool to beg out -- but if my old, dear and legendary pal rethinks and reverses his overly generous gesture, I will be grateful for all the traffic I got while barrycrimmins.com loomed among the links of the large.

Thanks, Al and welcome Fieldhands.