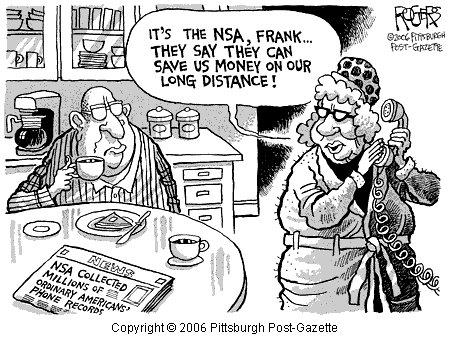 The FBI snooped on Coretta Scott King for several years after her husband was assassinated because it feared that she might help link the civil rights movement to the antiwar movement.

It was exactly this kind of offense that led to a crackdown on domestic spying that lasted until neocon and neolib fascists reversed these reforms after 9/11.

And you can bet they are investigating people for exactly the same sort of activity they feared involved Mrs. King -- which is to say sane and legal activity.

After all, who in their right mind wouldn't tie the Vietnam War to the Civil Rights Movement?

Back then the war was one place where blacks were allowed to the front of the line. The African-American community was ridiculously over-represented in the ranks of American troops in Vietnam.

This of course means that African-American soldiers were also over-represented in war casualties and fatalities. And that the African-American community suffered an undue burden after the war ended when so many combat vets returned to it.

The war was unjust, just like the bigotry civil rights activists fought.

The war was racist and so was the America the civil rights movement sought to change.

So why the hell wouldn't Coretta Scott King make the connection?

The point is-- the FBI hated both the Civil Rights and antiwar movements.

The FBI, although full of alleged peace officers and part of the Department of Justice, looked upon those who worked for peace and social justice as enemies of the state and as dangers to society.

The same mindset is alive and diseased in the minds of those who have misappropriated 9/11 for use as justification to snoop. probe, harass and even disappear anyone with whom the state decides it is not comfortable.

If you're an environmental activist, they are worried about you because of the logical link between environmentalism and the peace movement.

Nothing pollutes like war and weaponry but make that connection and you are an enemy of the state-- the police state.

This brings me back to the original point of this blog. I present my ideas and opinions here so that oily little men, skulking in darkness, don't have to spend a lot of time soiling my life with their greasy fingerprints.

It's here to confirm their worst fears-- I am their enemy-- always will be. Because I am a free man.

And there are a lot of me out here.

But why take me at my word when you can slink around peeping at us like Larry Craig leering through a crack in a men's room stalls?

These fevered fascists are in a state of huffy-puffy agitation. They are seeking sordid gratification for their deep and secret needs.

These pigs need to prove that people are not in fact in compliance with the edicts handed down by the likes of J. Edgar Hoover and Larry Craig.

Sick with self-loathing, diseased with voyeuristic intent they waste their lives attempting to destroy the lives of others.

What utter and contemptuous wastes of time and space they are!

Well all the proof you need is right here, you creepy little maggots, you fearful, impotent slimebags.

Because not only do people reject your authority and defy you in broad daylight-- we do it while we are having fun!

And you know why we have so much fun? Because we have clean consciences. Because we know we are guilty of nothing more than discerning right from wrong -- and the right side from the wrong side.

No one will ever remember or revere the names of the human rodents that snooped on Coretta Scott King but her memory lives on and shines bright. And bright lights always foil the intentions of those who require shadows and darkness to do their bidding.

I think I'm getting to the angry stage of my mourning. I may be there for a while.