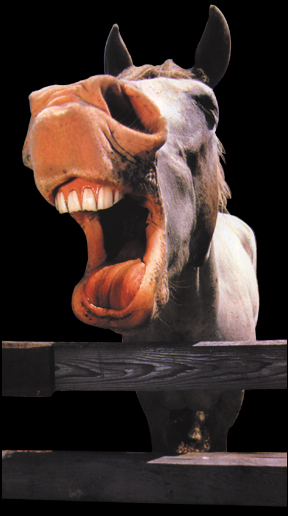 Let's not do anything extreme, like work for peace.

Today's Washington Post political coverage leads with a storyabout how Democrats are now seeking the "middle ground" on Iraq.

Excuse me but how is this news?

The Dems have stood directly between the will of the people and imperial presidency on this matter for years now.  That seems like middle ground to me.

As a result the war has continued and escalated unabated.

The Dems never seem to learn that if you push for middle ground on a war, you are headed for nowhere but the middle of a war.

The idea that there is anything moderate about supporting the continuation of war is an insult to the horrible realities faced by all in line of fire.

There is no such thing as a moderate death. All death is extreme. An end of life on earth. By saying that you favor a plan that might reduce the number of such unnecessary deaths does not consider the deaths you're still OK with. Each and every one of them immoderate and horrible.

Only a coward seeks the middle ground on a war and occupation that is morally unjustifiable -- particularly when that middle ground is  safely located thousands of miles from the war.

Saying, "Hey let's be reasonable and drag this thing out" is a betrayal of the American soldiers and the Iraqi people.

It is an act of cowardice at a time when only valor will do.

It's why so many of us hate the Democratic Party --it is too wimpish and stupid to represent the views of a vast majority of the American people.

Are the Dems afraid to be accused of breaking with the White House at a time when well over half the American people already have?

Don't they understand that in a (de facto> two-party system that you win by representing the majorities views?

Or is it that they understand that there is only one majority that rules and that is the majority of wealth. Great fortunes have been made, and are still be made, on war-profiteering.

The military-industrial complex is a major economic player in every congressional district. And so when it speaks, our legislators listen carefully... like any good parrot.

And so rather than be called cowards by chickenhawks they bend over backwards to prove they're not afraid to fight by refusing to fight fear-mongering and jingoism at home,

So when some vapid fascist bellows that it is un-American to suggest that a general, who advanced in the ranks by doing exactly what a rogue White House demanded, is, in fact, a lackey, the Dems fall all over themselves to lavish this bag boy with praise.

No need to risk annoying the American Legion and the millions of thoughtful alcoholics it represents.

And so the myth of Petraeus is built and tonight, in the next act of this comedy of shamelessness, Bush will appear before the nation and tell it that he has listened carefully to Patraeus's assessment, and he supports it without condition.

They fall over each other to say that no one could ever question this hero without bringing permanent discredit upon themselves.

And so it becomes a simple matter to say anyone who questions Patraeus's book-cooked, cherry-picked White House script is a heretic who does not respect the honor of this man with ribbons on his chest and the flag flapping over his shoulder.

Hopeless wimp coward Democrats. But I repeat myself.

A curse on all their houses, White, congressional and otherwise.