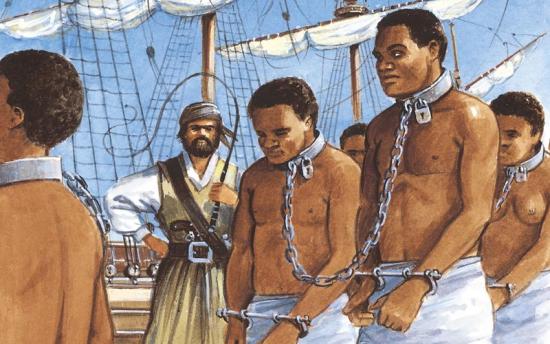 In my hometown of Skaneateles, NY there are many palatial dwellings. As a boy I earned meager wages mowing the lawns, shoveling the walks, weeding the gardens and painting the interiors and exteriors of many of these stately domiciles. I never much liked my employers. Most of them were as tight with bucks as they were flush with them. Still, a deal was a deal and I more kept my end of the bargains. As a result, I never lacked for employment.

I was a Catholic boy working mostly for Protestants. I did all the heavy lifting but somehow they got marquee status when it came to work ethics. That was OK with me. They could talk about work, I could do it. I learned that hard work was energy-consuming but really not that difficult. I developed my own rules such as "A- to- Z, gravity." This had to do with the sequence required to work most effectively.  "A- to- Z' just meant start at the beginning and end at the end. This required developing a plan in which the beginning and end were delineated. Gravity must be considered during the planning process. Some things needed to be done from the bottom up because a base is needed to work from. Carpentry and masonry are usually bottom-up tasks.
Others, like painting and many cleaning jobs, were top-down because the endeavor was potentially messy and you'd risk marring previously completed portions of the job if you worked bottom-up.

You need to develop a plan to save time. If you don't know what you're going to do, you won't know what you're doing. If you have to think where you are going to put the brush every time you pull it out of the can of paint, you're adding hours of work to your overall project. All of this can be summarized in my next rule of effective manual labor: think first and then stop thinking. Well stop thinking about the stupid job but keep thinking about whatever else you care to think about. Puzzle things out, dream big dreams, sketch out essays and books in your head, get lost in romance or good old fashioned lust.Of course you may want to skip the lust if you're working with power tools or on a ladder. In any case, just because your body is enslaved doesn't mean your mind and soul need be shackled.

Too often people are expected to feel lucky to have work when the lucky ones are the rich bastards who don't have to do it. Those pukes are fortunate to have workers because nothing of value comes without labor -- this side of inheritance and stock market dividends paid to the beneficiaries of down-sizing and globalization. I figured out how the world of work operates early on, which is why I have almost always worked for myself. As a stand-up comic, I was the owner-operator of my act. As a producer, I was the front man hustler for my comrades. As a writer, I've generally been free-lance. Even on those few occasions when I've been formally employed, I maintained great autonomy because I had been hired for my ability to complete very specific and (for most people) difficult tasks.

My ability to work combined with my hatred for work to make sure I put in efficient, quality efforts. I never 'phoned in'  myshows because shows were for people -- people who often worked shitty jobs so they could afford (among other things) a night out now and then. I respected the value of workers' spare time and wanted to make it joyous or, at least, edifying. In my travels I've met thousands of workers and have always sought to learn the tricks and travails of their trades. This has resulted in an abiding love and respect for workers and fairly consistent contempt for management. Workers generally want a fair shake. Management wants your first born.

Often, the type of work I've done draws the wrong kind of appreciation from people. Because we live in a cult of personality, many approach people in my line of work as if they aren't worthy to speak with what is essentially a fellow worker. All these people need to do is learn to respect a fellow worker as they (should) respect themselves. If people can do this, enjoyable discourse may well follow. Then there are others. Most people are literate and have senses of humor and  some of them underestimate how hard it is to write and perform-- particularly within ethical boundaries (any hack can steal an act or writing style). Because they see you make it look easy, they assume that it is easy. Factored into this is jealousy -- we all have dreams but most of us end up settling for safe jobs and relatively anonymous lives. Lves that can be made wonderful by self-respect. Lives that can be of enormous value if they are lived with integrity by people who stand up and do what needs to be done at crucial moments. There are spotlights available every day to everyone. Like when a fellow worker is getting screwed over and everyone knows it but no one is says anything as center stage beckons. Until someone does. People who rise to such moments aren't petty and jealous towards people whose work requires notoriety.

Sadly, this society is full of people who don't think much of themselves and so they crave the external approval they see performers and other artists receive. This craving has become an obsession and it has turned our country into a nation of show business scabs and judges. Everyone now has a chance to appear on prime time TV, albeit to be humiliated on an alleged reality show -- but so long as they dispel your once good name right. Those that don't want to risk performing certainly can imitate catty, unloving judges.

It has reached the point where all producers and even editors have to offer is "exposure" to hook the suckers. Granted this can seem pretty inviting to young artists but what's really annoying is when tried and true professionals feel they have no choice to participate in this ultimate management scam. Writing and performing is my life's work and not a hobby. Take it from an old worker, writing is the hardest job I've ever had because after you plan it out, you have to keep thinking. If I am not paid for it, I can't and won't do it for free for any for-profit entity.

One such for-profit entity is the Huffington Post. It just got done raising $5 million dollars from Softbank Capital and other corporate concerns. Not a dime of this money is going to the dozens of writers who draw the traffic to millionaire Arianna Huffington's website. There are 43 paid Huffpo employees but it's plainly stupid to work for free to make sure someone else draws a paycheck. And if Huffington wants to tell us that all of her bloggers are financially set, then she's admitting to running an economically elite scam. I hardly think it's the proper place to address working stiffs' concerns.

According to a story in USA Today, As the Huffington Post looks to its own future, co-founder (Ken) Lerer says it has no plans to begin paying bloggers. Ever.

"That's not our financial model," he says. "We offer them visibility, promotion and distribution with a great company."

Don't look now but the South has done it again--  and on a "liberal" website! They have brought back slavery under cover of the term "financial model." Last I checked, great companies pay their laborers in more than visibility, promotion and distribution. They pay money, just as those crusty old Republicans paid me long ago, when I learned the value of both honest labor and a dollar. I won't forget that lesson. Ever. Nor will I ever accept exposure for my valuable labor.