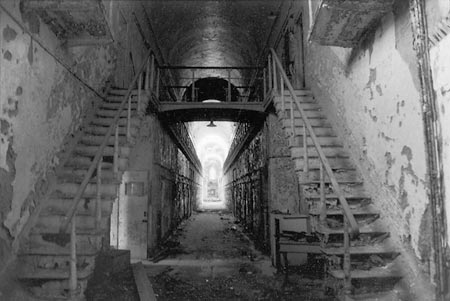 Oh sure everyone knows Rudolph Giuliani was the mayor of New York when the worst terrorist attack in American memory killed thousands and destroyed the twin towers of the World Trade Center. Granted, many more cops, medics and firefighters died than would have, had they proper communications equipment rather than the slipshod radios that were supplied to the city by Rudy's cronies. And of course his close pal and former police commissioner Bernard Kerik is a mobbed-up felon, who is now headed back to court to face more criminal charges. But believe it or not, some people are still unsure about Giulian's qualifications to be president.

And so the Republican hopeful is starting to let voters see some of what he would do once he assumes the role of unitary executive. Today barrycrimmins.com has gained access to a major new proposal Herr Rudolph is about to announce. It is a plan of great scope, with elements that impact the economy, the environment and national security.

It all started on a recent Giuliani trip to San Francisco. Someone asked him if he'd like to tour Alcatraz.  A lyrical Rudy replied, "No thanks, there's nothing more depressing than an empty prison. All those vacant cells, all those unlocked doors, the frittering away of a chance to impose collective agony..... it's just such a waste!"

Then, as if he were a contestant on Jeopardy!, the answer came to him in a the form of a question. How could  a prison that was still good enough for tourists to visit,  no longer be good enough  for detaining prisoners? The answer was obvious, of course Alcatraz should be returned to  service as a prison. And so should dozens and dozens of prisons throughout this great land of ours. Under  a Giuliani unitary executiveship prison The Reincarceration Center will be the first and only answer to America's people problems. Economists estimate that under Giulini fully 64 percent of Americans would either be detained or employed at incarceration centers. The savings in building new prisons to American tax payers would be sigficant and considering that there will be so few of them left on the street, this cost-cutting is essential.

Giuliani feels new facilities only reward prisoners. Philosophically he asks, "How can a detainee be properly punished unless his or her surroundings are properly punishing." And so he plans a campaign to recycle closed prisons, giving these houses of detention a chance to breath dank air into the lungs of miscreants.

And if Congress doesn't like the idea, Rudy will simply chain it up, too, and call it the Big House.

Giuliani's plan will also have foreign policy ramifications--  there will no longer be the need for costly extraordinary rendition when plenty of good with the increased availability of old-fashioned prisons, replete with dungeons and interrogation facilities that would make the Marquis de Sade blush.

Repeat offenders get ready for some deja vu because when they close the door of a reincarceration facility, you will have been there before. The prison of the past: a big part of America's future under Rudy Giuliani!