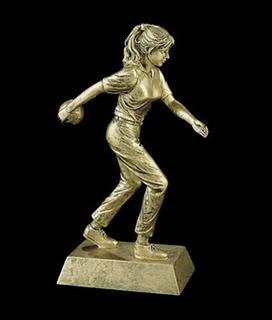 
A guy walks into a bar and Mitt Romney, Mike Huckabee, Ron Paul, Rudy Giuliani and John McCain are sitting at it. So the guy runs out of the bar and quits drinking.

Last night, in the middle of an evening dominated by the R's, I was almost happy to watch Hillary Clinton throw a ticker-tape parade for herself for winning a 'participant' ribbon in the Florida Dem Primary. It was the ultimate soccer mom event -- a celebration for someone who won a game in which scoring isn't allowed. On the way back to her campaign jet, Senator Clinton stopped at a pawn shop and bought herself a couple of bowling trophies.

Other than Clinton's desperate plea for attention, the evening belonged to the Gluttonous Old Party and its Florida Primary.

For instance: there was an interview on MSNBC with Mike Duhaime, Rudy Giuliani's campaign manager. What a surprise! Who'd have guessed Giuliani had a campaign manager? A micro-manager would have been more appropriate.

In any case, Duhaime got to be on TV to let everyone know he had helped America's favorite moderate fascist take an extended and expensive Florida vacation. So good for Duhaime. And good for Rudy, whose entire swank lifestyle comes courtesy of rich reactionaries.

Later in the evening, Giuliani conceded the Florida Primary and implied that he was quitting the race -- providing you read between the several million lines of his remarks. Apparently he had an inaugural address prepared and goddammit, he was going to give the damned thing while he still had a chance. So the dozens of people assembled humored Giuliani by listening to him prattle on and on as if anyone actually gave a fuck. Today, Rudy will turn over custody of his supporters to John McCain. I'm sure many of them will be disappointed when they learn that McCain opposes torture. In exchange for the endorsement, the Arizona senator has promised to look the other way from any bondage and discipline the former Rudyites choose to inflict upon themselves. By this time tomorrow, Giuliani should be back in New York, relaxing in a comfortable frock.  In te coming weeks he plans to spend time with Jon Voight, discussing the difficulties they both face as fathers of estranged kids.

In conceding Florida, Mitt Romney finally did something everyone could support -- he took network focus away from Giuliani's marathon speech. This left coverage of the former New York mayor to the Guiness people, who were obliged to stay to document the official duration of the remarks.

Romney spent enough money Florida to reopen all those auto plants in Michigan he's promised to resurrect and still finished second. One hates to think how badly the nation's economy will tank next week after Mitt stops writing checks in 22 states. Romney's loss largely resulted from McCain's accusation that the former Massachusetts governor had a secret plan to withdraw troops from Iraq. So he was defeated because someone lied and said Romney had a plan to do something sane. Only in the GOP!

Mike Huckabee materialized briefly in Missouri (which he pronounced 'Mizzurah,' as is the preferred pronunciation among indigenous goatfuckers), where he showed his devotion to the environment by recycling jokes. He then invoked God to lead him to victory on Tsunami Tuesday. God will get back to him on that one.

After winning Florida,  John McCain did hid usual rambling, homage to Abe Simpson.  McCain is too old to raise his voice, and that isn't a joke. People on respirators can shout down this guy. He looks like he reeks of Noxema. His advanced age does loan credibility to his promise to keep troops in Iraq for a hundred years since he certainly appears to have been around for at least that long. As of this morning, the nomination is Whispering John's to lose. So now the Republican field has been reduced to an anus, a sphincter, a rectum and Ron Paul (hey, who needs the email?). And it looks like McCain's strategy of being the first to completely fall out of the race brought him back to the position he's in today-- the likely default candidate of the Republican Party. His slogan: Hey you no good kids-- you better vote for me!

Trail droppings...
And word has just seeped that John Edwards will be hanging it up in New Orleans today. So now the lone remaining hope for lefty Dems is a deadlocked convention and a compromise candidate -- who would be a compromised candidate, leaving lefty Dems back out in the alley, where they always end up.

It's nice to see all the R's (except Ron Paul) agree with the prez that the best way for us to return to prosperity is by making both war and tax breaks permanent. If we're going to ignore the human cost of war, why not ignore the economic cost, as well?

And finally, from the Dept of Belabor