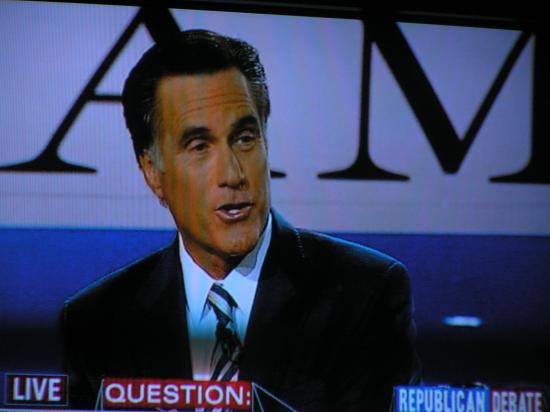 Ashes, ashes, one fell down...

I'm guessing Rush Limbaugh won't be going to church this Sunday, unless he's there to attend Mitt Romney's political funeral.

The Right-wing Reverend Mike Huckabee will preside over the event.

Here lies the pandering pretty boy. Lying was what he did best.

Most disappointed over Romney's prognosis of doom are all those auto workers in Michigan who were getting ready to go back to work in all those auto plants he was going to reopen.

There goes my dream of driving a 2009 Hudson.

Oh sure, Romney on Massachusetts and Minnesota but other than that he dragged some Mormons out of the mountains and then won the big one, Alaska.

Huckabee only won five states but they were all states Romney craved. And every vote for Huckabee was another shovel of dirt hurled onto Mitt's political mortal remains.

So meet the Republican presumptive nominee...


On the Democratic side, the allegedly most progressive state in the union kept the Clinton campaign alive.

And so thanks to California, we still have a chance to move forward into the 1990's. But considering: how much ground Obama has made up in the past few weeks; how much cash he has in his campaign coffers; and the fact that the next Dem contests are in Louisiana, Nebraska (the breadbasket loves this guy) Virginia, Maryland, D.C. and Washington state, it seems like he should be able maintain the mo'.

He won't win all of the upcoming frays but he sure could take the lead in delegates.

On the Dem side, the big loser tonight is Teddy Kennedy. Despite his endorsement of Obama, Massachusetts went for Clinton and so did California, where he was supposed to help with Latinos.

And if Obama is so unpopular with Latinos, how do you explain his landslide win in Colorado? Did Kennedy help him there?

As big as California is for Clinton, it still might not offset the psychological weight of Obama's surprise win in Missouri. What's the old saying? As goes Missouri, there goes the candidacy of the loser there? Well, it's something like that, anyway.

And I don't know Connecticut's slogan but don't use it around Sen Clinton this morning. And pull the nutmeg out of the spice rack on her campaign bus.

At the end of the day, (literally, not that corny cliché) Obama is within a hundred delegates of Clinton. If you told  Clinton campaign officials on January 1 that that was where things would be after Super Tuesday, they'd have told you you were nuts.

Prediction: The next person to announce he's leaving the campaign trail will be Bill Clinton.

He wants to spend more time away from his family.