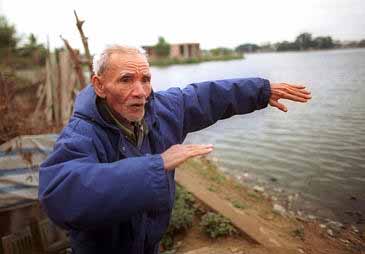 Only in the United States could John McCain -- savage militarist, scandal-addled reformer and Olympic tantrum thrower -- be called a moderate. How moderate is running on an open-ended commitment to a failed war? How middle of the road is support for continuation of the crushingly inequitable Bush tax breaks? How much compromise is there in an insane assertion that Vietnam was a good war that America should have won. And how safe will anyone be if McCain, the grandson and son of thuggish Naval brass, gains control of our military and foreign policy? Would a sneak attack on Ho Chi Min City be out of the question?

It takes an awful lot to enlighten this man: he opposes torture only because he suffered it. His apparent devotion to campaign finance reform is nothing more than a long-term effort to distract us from his own corrupt involvement with Charles Keating, the mastermind of the Savings and Loan scandal of the 80's. McCain's somewhat moderate views on immigration no doubt stem from knowing that states like Arizona thrive on cheap labor from south of the border. He opposes both gay marriage and reproductive rights for women but he doesn't snarl when he does it, costing him some reactionary religious support. Only in America could this somehow legitimize his specious claim to the mantle of moderation. And while McCain's conduct as a POW was brave and loyal, particularly as regards his fellow captives, what got him in that prison camp wasn't so uplifting. He was shot down on his 23rd bombing mission of North Vietnam. After his aircraft was hit and he ejected, he landed in Hanoi's Truc Bach Lake, where he would have drowned were it not for Mai Van On, a Vietnamese man who ignored the demands of his neighbors (to let the killer sink) and swam some 200 yards to save McCain.>

Take a look at Johann Hari's piece in the Seattle Post-Intelligencer and learn much of this and more. It reminds us that John McCain isn't the candidate of compromise, he's just a compromised candidate.