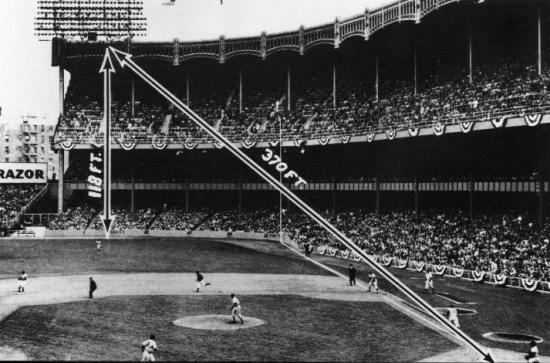 Dan Abrams, the legacy broadcaster who hosts Live with Dan Abrams, an execrable attempt to keep Keith Olberman's audience tuned to MSNBC after Countdown signs off, really should be reading Al Giordano's The Field.

If Abrams has already joined Giordanos's tens of thousands of daily visitors, the MSNBC host must be hoping his dozens of viewers are not among those thronging to the breakout web hit of the 2008 presidential trudge. Conversely, Giordano should be hoping his readers viewed LWDA Monday because Fieldhands are well-armed for the light combat necessary to resist the kind of assertions Abrams presented.

To call Dan Abrams, a

grown man with a boy's regular haircut, 'ham-handed' would be to upgrade his dexterity. In a lunge for the millions of potential viewers who have not yet abandoned Hillary Clinton, the ratings-famished Abrams spent the top of his show inveighing against the media for being too critical of the Clinton campaign. He pushed the 'Clinton as victim' angle to the far end of the compass. He cited a study that showed coverage of Bill Clinton has been particularly contrary. He failed to note that the former president has been more negative than the black pole on a car battery while stumping for his wife.

Abrams also didn't mention that by blowing a major lead in a matter of weeks, the Clinton campaign had obliged the media to report its reversal of fortune, not exactly the stuff of happy talk.

One of Abrams' guests, Michelle Cottle, made the obvious refutations to his hypothesis of a media conspiracy. Nevertheless, the TV blabster was allowed one uncontested but very shaky assertion concerning how the media will report the results of today's Super Tuesday primaries and caucuses. Abrams claimed that if Clinton/Obama end up in a dead heat tonight, it will be reported as good for Obama but as bad for Clinton. Abrams maintains that a tie would leave both candidates in good stead. However, this theory conveniently omits acknowledgment that a tie would indicate the aforementioned (and please forgive the term) surge by Obama had materialized at voting booths across the country. Not only that, it would mean the Illinois senator had overcome a deficit created by voters who voted absentee or by mail long before the Obama offensive was in full gear.

But the main thing Abrams ignored was any analysis of what the fiscal circumstances of each campaign will be after today's voting. Giordano insists that Clinton's cupboard is nearly bare and will be tough to replenish since many of her contributors have already given her the legal limit. According to Al, Obama has a base of less affluent people, most of whom could never even consider donating the maximum $2300. Nevertheless, these supporters can be asked to continue to make small donations.

Obama raised $32 million in January alone and the dough is continuing to pour in. If this keeps up he won't be running 30 second spots, he'll be shooting a biopic. Anyway, Giordano has been way ahead of this for a long time. Here's the most recent example.

Theoretically, you can see the Abrams nonsense here -- but I can't because I have a MAC and we all know the 'M" in 'MSNBC' doesn't stand for 'Macintosh." MSNBC is letting Clinton apologist and all around shifty guy, Terry McCauliffe camp on its set. He's getting more air-time than Wolf Blitzer, fer Crissake.

While writing this, I was twice interrupted by robo calls from Hillary Clinton (redundancy noted), commanding me to vote for her in today's NY primary. She called twice yesterday, too (first on my line and then on Karen's). Yeah, I'll be heading right out to vote for you, Senator. Right after I put on a Red Sox hat and denounce Mickey Mantle.

Speaking of sports.... Before the last of those "Perfect Pats -- 19-0" shirts are packed up and shipped off to Burundi, let me just say I hope we've all learned to kick the field goal on fourth and 13 -- particularly in the third quarter of a 7-3 game.

One of the most amazing things I've ever seen was Tom Brady reaching up to signal for a timeout with ten seconds remaining in Sunday's Super Bowl. The NE QB had just  been sacked by a vicious shot. He'd been absolutely flattened. From flat on his back, he somehow managed to raise both arms, form a "T" with his hands and get the clock stopped. Impressive and gutsy.