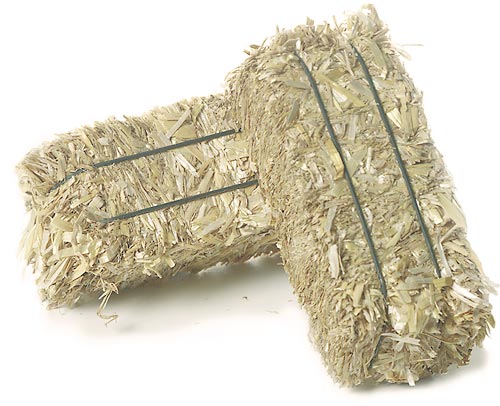 If you're still wondering if Hillary Clinton will somehow win the Democratic nomination and then stroll to victory in the general election, I have your answer.

Any chance of a Clinton miracle went down in a hail of bullshit when Senator Clinton repeatedly claimed that when she was First Lady, she dodged sniper fire in Bosnia. When she finally stopped repeating this stretcher because videotape of the alleged incident showed Mrs. Clinton participating in a welcoming ceremony that held as much promise of violence as a spelling bee in Duluth, we were told she "misspoke." A look back at speeches she's made since January indicates that she misspoke repeatedly. By reading prepared remarks. Talk about being accident prone!

I've already chimed in on this and was going to let the issue rest... until yesterday when I saw Clinton apologist Governor Ed Rendell of Pennsylvania try to explain away her "misstatements" with some nonsense about how he can't remember what he ate three days ago. Neither can I, Ed. However, let snipers ping the china with a few bullets and a forgettable lunch becomes a meal to remember.

This morning I saw Madeleine  Albright tell CNN's John Roberts that Sen. Clinton probably confused the Bosnia visit with another trip. With which other trip, Secretary Albright? Are we supposed to believe Clinton's confusing her poetry-reading welcome in Bosnia with some actual life and death scrape from when she was the First Lady of the United States? If so, please tell us when and where this happened because such information would furnish the only acceptable explanation for Mrs. Clinton's repeated assertions that have been shown to be demonstrably false. But no furnishings are forthcoming because there is no such explanation because there have been no assassination attempts (or de facto assassination attempts) on Mrs. Clinton.

Had there been snipers taking shots at her in Bosnia -- or anywhere else-- we'd have all heard about it. And everyone would remember it. And boy, would we ever be sick of seeing the footage of it.

Here's Mrs. Clinton, rushing for cover as shots ring out.

Here's the military and Secret Service unleashing a barrage of fire at the assailant(s).

Here's Mrs. Clinton speaking to reporters after the attempt on her life, a bit disheveled but gamely resilient. It will take more than a few snipers to stop this woman!

Here's the press corps hammering President Clinton with questions about why he sent his wife into such a dangerous situation -- NOT TO MENTION HIS TEENAGE DAUGHTER!!

And here's the campaign commercial showing footage of "Hillary Clinton-- tested under fire!"...run as often as we've seen the shots of John McCain reciting his name, rank and serial number to his Vietnamese captors. To summarize: had Mrs. Clinton ever survived such a dramatic situation, the event would be seared into our national memory. Her harrowing experience would be used as a cornerstone in the legend of Hillary Clinton.

We don't take assassination attempts lightly in this country. This week is the fortieth anniversary of the assassination of Martin Luther King Jr. It is a day I'll  never forget. Nor will I forget the days when the Kennedy Brothers, Malcom X, George Wallace, Gerald Ford (x2,) John Lennon and Ronald Reagan were either assassinated or targeted in assassination attempts. Because there have been so many successful assassinations, even the hint of an attempt on a politician's or celebrity's life brings 'round-the-clock coverage. You want media overkill? Take a potshot at someone famous.

There has NEVER been such coverage of Mrs. Clinton and thank goodness, because the lack of such coverage means that she has never been the target of an assassination attempt that reached the point where people were aiming and firing guns at her.

Because assassinations are real and violence is real and both have touched all of our lives, we take it personally when a self-aggrandizing politician makes up stories about having come under fire. This is particularly distressing when that politician helped put millions of people into harm's way by voting to authorize an unjust war because she was too fearful of the political consequences that could have resulted from a principled vote.

And while we're at it, the fact that Clinton would conjure this incident up tells us that she believes becoming an unwitting target of gunfire is a real resume booster. Excuse me but there are millions of bales of hay with similar qualifications. And as stupid as the American public can be, it still requires its presidents to have a bit more of a background than "was in the same vicinity as flying metal fragments." Just ask Bob Dole.

Hillary's Bosnian baloney indicates that she is either a serious liar or crazy. Or both.(And I'd put it all on 'both.') Someone who is supposed to be as thorough and thoughtful as Clinton had to know that her "misstatements" wouldn't stand up to scrutiny. But she made those statements anyway and  her braggadocio hasn't passed the stench test. As a result, her viability as the experienced, wizened and steady candidate is, if you'll excuse the term, shot to hell.

Trail droppings...  I can't wait to see how HBO handles President John Adams' courageous signing of the Alien and Sedition Act. What a true champion of liberty!

This afternoon I played hooky to watch the first game of the last season of The House That Steinbrenner's Tearing Down. And it got rained out. It seems the Baseball Gods are trying to delay this injustice.