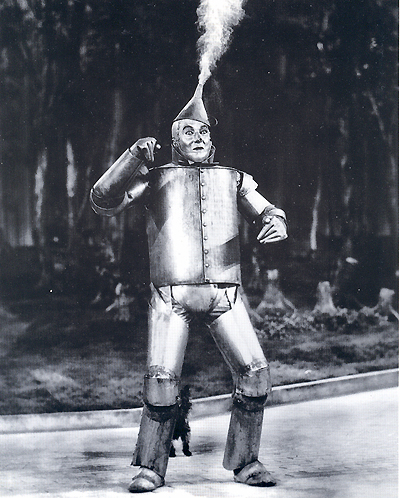 I apologize for the previous ungainly post. I originally edited it online, clicked to post it and assumed it was OK. For some reason it didn't take and an earlier draft got posted. I tried to fix it all day yesterday but I couldn't get anything to load thanks to the sloth-like service I overpay for from Hughesnet. Now it's so late I'll just leave it up as an example of a work in progress and move along in hopes I can actually get an edited piece posted before I get stuck in another techno-glacier.

One good thing about not being online yesterday was that although my e-mail was arriving. it was very difficult to answer any of it because my outgoing mail was taking forever to send. Anyway, the entire Randi Rhodes affair unwound before I could get sucked in again. Now she's at a new network and seems pleased. Air America goes its own way. Sincere best wishes to everyone. Now perhaps someone might consider the several dozen other fine people who have lost their gigs at AAR. These talented folks ask only a fair wage and have a track record of producing quality programming under extremely difficult circumstances.

Speaking of employment....
When I announced my retirement from performing about a year ago, I said that I would always be available for friends in need and other emergencies. Just such a situation arouse when original Ding Ho comic Bob Lazurus was diagnosed with leukemia last year. There was a benefit at Giggles in Saugus last fall and there

will be another one, aptly titled: The Ding Ho Reunion – A Benefit For Comedian Bob Lazarus, 'One Of Our Own' starring Bob Lazarus, Steven Wright, Barry Crimmins, Lenny Clarke, Steve Sweeney, Mike McDonald, Tony V, Ken Rogerson, Chance Langton, Bill Braudis, Jimmy Tingle, and Martin Olson at the historic Regent Theatre, "Arlington's Show Place of Entertainment," on Sunday, May 4 at 7:00 pm.  Reserved seats are $50 Orchestra; $40 Balcony ($55 and $45 day of show).  Located on 7 Medford St. (off Mass. Ave.) in Arlington, Massachusetts, the Regent Theatre is MBTA and handicap accessible with FREE PARKING across the street.  For tickets and more information, call 781-646-4TIX (4849) or visit the Regent Theatre's website

Laz is doing great but after nearly a year of fighting back to health, the last thing he should be worrying about is dough. So I'm thrilled to participate in this event with so many wonderfully talented old pals. Hope you can make it. It will be 29 years to the month since the first time I walked in the Ding (then the Springfield Street Saloon).Performing after almost a year away from the stage should be interesting. I think the Tin Man put it best when he said, "My Oilcan!"

The military is forever assaulting the English language. Just yesterday I heard General David Petraeus come up with "conflictions" in a CNN interview. I think he meant "conflicts" but conflictions was more confusing and confusion is a close ally to warmongers so 'conflictions" it was. How about "augmentees?" They are known in the American military as "individual augmentees" but there are now thousands of them in Iraq. You know what they are? That's right, they are members of the Air Force and Navy who've been forced into duty in Iraq performing tasks that would normally be the work of the army, very often in harm's way. But never fear, the troops are thrilled with their assignments over there. I know because David Patraeus said so --at least I think that was what he was saying.

As many of you know, it would be putting it mildly to say I have a fondness for big black dogs. -- at least when they aren't chewing up computer cords.  I have two of them and they are sweethearts and would never hurt anyone. Lettie and Lu are Shepherd/Lab mixes but look pretty much like Labs until you start noticing things like their tails and the length of their coats. To the uniformed observer, they're just big black dogs. Anyway, if you're looking to adopt a new hound, please consider a big black dog because the bigotry that leaves so many of them suffering in shelters