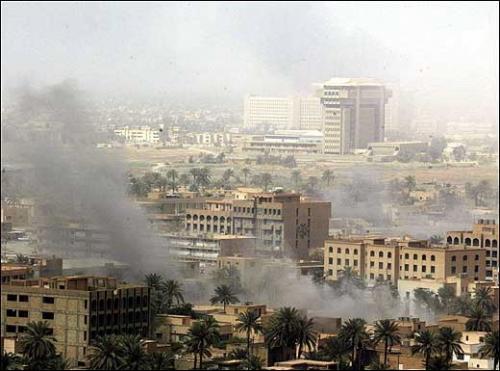 Some odds and ends I never managed to get posted:

Bush  said he made "a fair and balanced" decision concerning Scooter Libby.

And what better way to describe the kind of even-handed justice Bush metes out?

"It would be inappropriate for me to comment on a case that I have already commuted."

Considering Bush's energy policies, it may not be so wise for him to bring up the subject of commuting.

Lately Dubyahoo has taken to warning us about the "consequences of precipitous withdrawal' from Iraq.

Of course he doesn't want us to consider the consequences of his precipitous invasion of Iraq.

Because if we did, we'd be considering a much more precipitous withdrawal!

Yeah, if the United States withdrew from Iraq, there'd be consequences precipitating all over the place!

Bunk space would be in short supply at domestic military bases, which would then force the Pentagon to deactivate tens of thousands of National Guard troops.

The competition for "most tours of combat duty by soldiers already suffering from PTSD" would be end with no clear winner.

And how exactly would we evacuate those permanent air bases Bush is building over there? Those things are bolted down.

And what fun is it having a super embassy in a country you no longer occupy?

They'd have to sell it off to Wal-Mart.

Troop withdrawal would unleash a pandemic of welcome home parties.

The up-armor industry would collapse under its own weight.

There'd be no more Green Zone, ending Bushs' only faint link to environmentalism.

Halliburton would have to airlift all that booty from Iraq over to its home office in  Dubai.

None of this can happen on his watch and so Bush and all of his mission accomplices have no choice but to continue to relentlessly pound the war drum.

Now Bush is telling us that al Qaeda in Iraq is associated with the same al Qaeda that was involved in 9/11.

His first hint is that it calls itself "al Queada."

Of course the al Qaeda that's in Iraq is actually just a crappy franchise, slapped together hastily when bin Laden's boys decided they had to have a presence at Bush's sequel to the Crusades. Part Two: This time it's for the oil!

Someday they'll make a religious movie about Bush's assault on the Middle East : The Passion of the Heist.

Since the terrorist organization had no presence in Sadaam's Iraq, it had to go along with anyone who'd help them with branding in Baghdad. And so they were forced to go with the late Abu Musab al-Zarqawi, a man considered marginal even in terrorist circles.

For starters he didn't even know not to handle the hot end of an automatic weapon.

And his New Balance sneaks didn't exactly scream with disgust at all the corrupting influences of the Western Devils.

But he was willing to get the al Qaeeda brand out there and by getting it out there they knew it would be enough to give the idiot Bush another premise with which to justify the continuation of his colossal blunder.

When al- Zarqawi was finally killed remember how the US bragged of the" treasure trove of intelligence" allegedly found on hard drives that somehow survived the bunker-busting bombing that ended the life of the clever terrorist who never met a photo-op he didn't like? (Gosh and it only took two years to track him down!!)

Imagine how much worse things would be without that crucial intelligence!

Apparently the treasure trove of intelligence was so precious the US had no choice but to lock it into a vault.

No sense using it frivolously!

A year and half after al-Zarqawi's demise Bush wants us to believe that we have to stay in Iraq to destroy his organization.An organization that was supposedly ruined by the discovery of the 'treasure trove." Uh huh... and that's all you've got.

So we are supposed to ignore an insurgency that's 95% local and instead focus on  al Qaeda franchise that's like a Ford dealership in Tokyo.

Except that this dealership blows up its cars rather than sell them.

Although it's a strategy Ford should consider.

But Ford won't. It's too busy doing things like selling off Volvo. God knows the last thing Ford needed was to expose its design team to an automaker that produces safe, reliable vehicles.

Bush has also had the TSA reveal that airport screeners have discovered possibly deadly cheese.... turns out it's from China.

The Michael Vick story isn't about race, it's about species.

And if you're reading this, you are a member of the guilty species.

What Vick and his cohorts allegedly did to dogs should not be done to a dog.