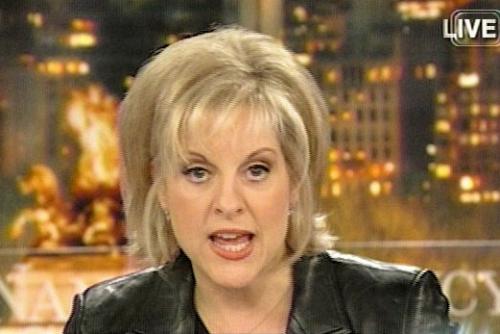 It will only get worse after Ms. Disgrace gives birth.

One more thing on the bridge collapse. To hell with narcissistic TV anchors whose vanity does not extend far enough to keep them from embarrassing themselves. I swear I heard ten different idiots say, "The first thing I thought was 'how awful it must me for the parents of the kids on that bus.'"

Of course I feel sorry for the parents. I definitely feel sympathy for them for the scare they went through. But who was scared worse -- the parents or the kids? The parents didn't free fall 65 feet in a school bus before slamming into the ground. The parents didn't face death with a busload of other parents, flying to and fro in a seatbeltless vehicle. The parents weren't temporarily trapped in an incredibly precarious position. The kids were. Fortunately the rescuers on the scene thought first of the kids. Because if they followed the rules of news anchor triage, they'd have rushed out to find the parents.

Call me crazy but my first thought when I saw that scene concerned the victims of the calamity. I didn't think, 'my goodness this must be hell for incredibly vain news anchors who want to tell us that they are parents and therefore have special insight.' Yeah that special kind of insight it takes to move the parents of the kids to the forefront of ridiculous spotlight-stealing speculation.

These same people never relate to the real victims. They don't relate to the dead 18 year-old soldier (beyond a quick and phony 'hero' labeling) but they cry rivers for the kid's parents. Don't get me wrong, I do, too, but first I consider the person robbed of life. Even with their 'mothers and fathers first' credo, these blowhards never so much as mention the indigenous parents of the slain, maimed and wounded in Iraq and Afghanistan. They're foreigners. Death is part of their culture.

Kids who have been through trauma don't need histrionics from adults who are much more concerned with expressing their emotions than they are with giving the child trauma victims the nurture and space they need to process their own emotions. This is only worsened when such wrongheaded priorities are fortified by alleged news reporters.

My second thought is that I wish they'd can every narcissist that demonstrated an inability to see the story that was as obvious as the boundless self-involvement of overpaid news mannequins.

But that's just me. I think like a kid. -- Barry Crimmins