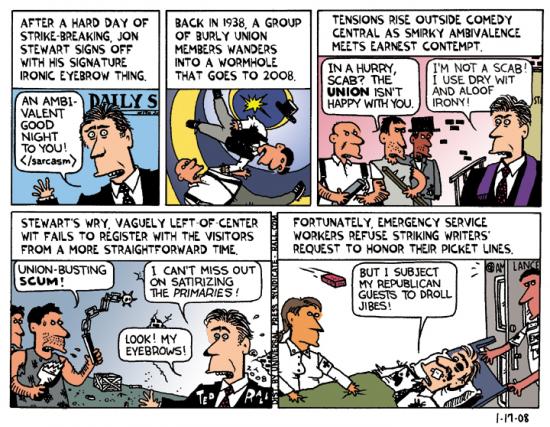 Take a look at the MSNBC Political Calendar

That's it for the balance of the month. Three debates and two primaries. But for you trivia fans out there, there is one other upcoming event that is generally considered extremely political yet it isn't mentioned.

If you guessed the State of the Union Address, go to the head of your home school. The reason people don't realize Bush came back from his extended trip abroad is because no one noticed him leave. The state of this presidency is obvious, which is why the next week's address has become The Super Bowl of Impertinence.

Ford, lunging at the opportunity created by a suicidal deal signed by the UAW is offering a buyout to its 54,000 remaining union employees. Once they're gone with their damned middle class lifestyles, they will be replaced by workers who make half their hourly wage and receive a package so skimpy  that it strains credulity to call them 'benefits.'

And so, this one goes out to Detroit, once more, for the good old days


I'd prepared a much longer offering today but it was lost to senseless software that eradicates any post I don't title. This happened the other day and I rewrote everything. I wasn't happy with the results and won't risk it again, particularly considering my incredibly pissed off state of mind. Sorry.

The Ted Rall cartoon above fortified some of what I had to say about the WGA strike. Believe me, this is worse on me than it is on you. On the other hand, Jon Stewart, Bill Maher, Jay Leno and Conan O'Brien all caught breaks with the loss of today's effort. And so did Matt Taibbi, the flimsy Hunter Thompson impersonator who is so hip, he crosses picket lines.