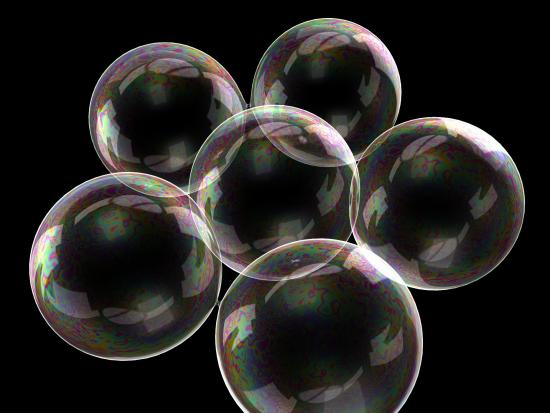 As a union brother, I must insist that you put on goggles and insert earplugs before proceeding any further because there is a very good chance that some bubbles are about to burst.

Today we're going to take a look at some people who are very popular: late night talk show hosts. Day after day, year after year, these entertainers bring laughter into our lives. They couldn't do this without a lot of help. Even though viewers know about producers, directors, writers and a slew of tech experts who handle everything from makeup to lighting, the general public still focuses on the star of the show. This is as it should be. Show business is about illusions and the illusion of super competent, remarkably witty, damned near omnipotent talk show hosts is a prime example of this.

I can't tell you how many times an otherwise sane and insightful person has asked me what I think of Jon Stewart or Bill Maher or Jay Leno. This is a normal enough question, except for one thing: it's too often posed with breathless anticipation. It's asked in such a manner that I instantly understand that I'd better be very positive in my reply or I'll be dealing with an icon worshiper who does not take blasphemy lightly.

So I take a middle ground and tell safe truths. I begin by saying, "I don't watch the show because I want to keep my own artistic palate cleansed". And then I say something vaguely positive about the star in question. If it's Conan O'Brien, I can offer, "Everyone who works for him really loves the guy." For Leno, it's, "I've heard again and again how he's quietly and generously helped people when they've hit hard times."

Maher and Stewart present greater challenges. I usually end up talking about their incredibly loyal followings. Then I  hope someone comes along and interrupts the conversation so I can use a change of subject as cover for beating a quick retreat.

David Letterman is of course a sweetheart. I've never heard a bad word about the guy -- particularly since he respected writers enough to stay off the air until he had a new deal with the WGA. The same goes for Craig Ferguson, a universally respected wit and beloved private citizen.

Conan O'Brien is back on the air, even though he came up through the ranks as a writer. He's obviously not looking to give NBC a chance to change its mind about handing him the Tonight Show next year. Of all the hosts who have returned to the air, O'Brien is the one who has at least followed the rule about not performing written material. He's clearly filling time and he has eschewed his traditional monologue and written desk pieces. Nevertheless he's still generating advertising dough for Universal and filling the coffers of its union-busting fund.

Jay Leno is a nice enough guy but he's back on the air, doing a monologue and set pieces. He's obviously getting scab help and is in flagrant violation of WGA rules. A lot of people would be pleased to see him drive one of his vintage cars off a short pier.

Stephen Colbert's entire persona is fictional and therefore requires writing. There's no way he can walk onto the set of the Colbert Report without pissing in the face of the WGA's membership. And that's what he is now doing five times a week.

Jon Stewart is said to be upset about the WGA signing a deal with Letterman but not him. He can't seem to understand that Letterman's Worldwide Pants production company is an entity that can cut its own deals. The Daily Show is owned by Viacom, one of the goonish entities out to bust the union. If Viacom doesn't cut a deal, neither does the Daily Show. THUS THAT PICKET LINE YOU'VE BEEN CROSSING DAY AFTER DAY, MR. SMUGGER THAN THOU.

According to a former Daily Show staff writer, Stewart's disrespect for scribes is nothing new. A few years back the Daily Show received an EMMY for best writing (it may have received more, I have only heard about this case). After the show collected the honor, Jon's first communique with his staff did not praise anyone and it certainly didn't announce the distribution of bonuses to the people who make him look really good every night. Stewart instead chose the occasion to make sure no one was feeling a sense of accomplishment. My source says the entire writing staff received the following message from Stewart the day after the Emmy win; Nobody ever won an Emmy for a first draft. Even Vince Lombardi spoke kindly to his team after they won the big one, but not hip Jon Stewart. He didn't need a bunch of writers finally getting acknowledgment for making him a star, so what to do?  Remind them that it was his exacting standards that won the award and not their creative talents. I will say this much for Stewart, if my extremely reliable source is telling the truth about this story, Stewart is an incredibly resourceful dickhead.

Finally, we come to Bill Maher. Why people think this guy has great politics just because he is smart enough to slap around the criminal Bush -Cheney administration is beyond me. Maher did have one good day after 9/11 but he apologized for it. Beyond that, any scratching of the surface of his politics shows a rather rusty undercoat. For one thing, he just can't go ten minutes without announcing how no gal is ever gonna trap him into marriage. Uh, Bill, who gives a fuck? To hear him talk (and talk and talk), you'd think he was a matinee idol even though he's just a weird looking little guy, who has a nose that easily could be a junior partner in the Hollywood firm of Fields and Durante. He occasionally has something OK to say about animals and often lands deserved backhands across the glowering puss of organized religion but most of why you like the guy stems from words others have put in his mouth. His writing staff has taken him from a garden variety " the guys do this but the girls do that" comedy club act to becoming a respected voice on the national political scene. Now that his staff is on the street, he has made his choice and that choice was to walk back into the comfort of his airline pillow-lined dressing room.

Many agree that the brains behind Bill Maher is his producer Scott Carter, a comic in his own right who a few years ago was performing  an autobiographical show called Suspension Bridge. Another very reliable source recalls one night, when Maher came in to see the show. He sat ringside. He brought a date. Some say the date, unlike the tickets Carter left for Maher, was not 'comped.' In the show Carter describes his real near-death experience that resulted from an asthma attack. Just as Carter reached the most sensitive moment in his performance, when he was describing his own brief demise and the spiritual transformation it provoked, he realized that the audience's attention wasn't on him, but instead Maher, who was groping the hell out of his rented friend in the front row. Classy, huh?

And one more thing, screw the picket line crossers who appear as guests on these scab shows. Matt Taibbi, the limp excuse for Hunter Thompson now filling space in the Rolling Stone, is but one example-- one I happened to catch in the act. These strike-breakers aren't gaining much notice because no one is watching these crappy shows -- except for the people they are wronging. Someday this will get settled and the desperate scum that sold out their fellow artists will have to live with an industry-wide cold shoulder. Solidarity has staying power.

There was no need to pass along some of these stories. Kind of like there is no need or excuse for crossing a picket line. Once you do, there's no telling what people are going to yell about you.