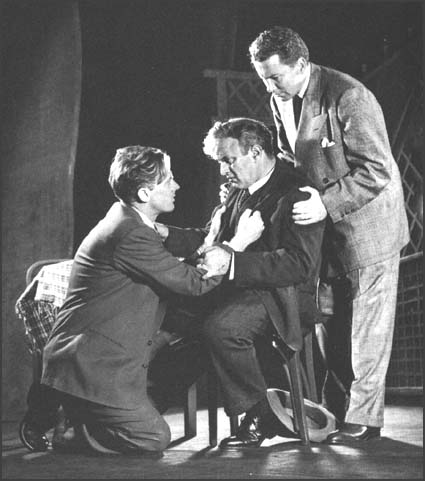 Give the Clintons credit. Last night they not only appeared in public but they smiled while doing it. Sometimes a smile is the most telling sort of political lie. It does not demonstrate grace at a time of disgrace, it represents denial at a time of thunderous defeat. So in the immediate aftermath of the South Carolina Democratic primary, Bill and Hillary set an example for generations of political hacks by not remaining in private to humbly allow all that had just happened to soak in. No, they went out and gamely waved, grinned and spoke as if nothing had happened.

Bill spoke first in Missouri, followed by Hillary in Tennessee. They carried on despite Saturday's vicious electoral rebuke that was tagged by news that St. Jack's sole surviving child, Caroline Kennedy, had not only endorsed the author of that Dixie drubbing but went on to say:

I have never had a president who inspired me the way people tell me that my father inspired them. But for the first time, I believe I have found the man who could be that president — not just for me, but for a new generation of Americans.

The man is Barack Obama and her laud for him came in the New York Times. Her opinion piece effectively trumped that newspaper's endorsement of Senator Clinton on Friday. Worse, she did it in the paper's vaunted Sunday edition. Carolina and Caroline opened a couple of gaping wounds in the Clinton effort, to add to what Al Giordano has been calling "a deathof a thousand nicks."

Hillary went out and gave her tapeloop of a stump speech in Nashville. Beneath her phony veneer lurked a grim awareness that it's now clear that the only voice she's found speaks in the desperate, cheap-shotting drawl of her surrogate husband. Despite her efforts to seem unfazed, she appeared self-conscious and at least a bit injured. The look never fit her better.

A bit earlier, the dominant vocalist of her campaign had spoken in Independence, Missouri, the home of another man who didn't know when not to drop nukes (don't argue, read your Howard Zinn.) Bill Clinton carried on as if he were some sort of mythologically displaced king, winding his way back to his rightful throne. This despite a growing and obvious awareness that he'd destroyed any sort of feminist argument for his wife's campaign by making that campaign about himself. His consistent presence at center stage has immolated his wife's electoral firewall. Many women (and men) were disgusted when she stood by him as he repeatedly humiliated her in the past but they'd put it aside in hopes of electing the first woman president. Now that he's made it clear that his wife's campaign must first and foremost appease his massive ego, more and more sisters are slipping out of the flaps of the tent to walk through the curtains of the voting booth to vote for a brother. No doubt about it, I am woman, hear my husband roar is two syllables too long. And so last night the former president stood not so much on stage as on a funeral pyre of the fable of his political preeminence.

Bubba's status as "the first black president" was kindling for this fire set ablaze by an honor guard of torch-carrying South Carolina voters. His aura of resilience and indomitability could no longer be seen through the smoke. What was clear was the frail presence of an aging and desperate man who is quickly becoming the Willie Loman of American politics.

And just as this pitiful vision materialized above crawling numbers on news channels that documented Barack Obama's enormous win in a former slave state, Caroline Kennedy told the world, "I knew my father and Bill Clinton was never even a pale replica of him."

Ooof! A retroactive diss from the crowned princess of Camelot.

So now the Clinton's will complete the retreat from the cocoon of gender to the fortress of machine politics. The problem is the machine is operated by rats and rats' first and only concern is self-preservation. Last week's stern private admonitions of the Clintons by high-ranking Democrats to express concern over the tenor of their campaign rhetoric  look like they will become next week's steady stream of endorsements of an opponent who is a vetted and safe political ballplayer. Unless Bill Clinton learns to shut up and bail, this thing will be over very soon. And while careful examination of Barack Obama turns up a rather ambitious man who is single-minded in his pursuit of power, the rhetoric he has used to fire up the people may have created something a bit loftier than what he has in mind. He is telling a nation full of disenfranchised citizens that their voices do matter, that they have a right and a duty to demand change. And so they are taking him at his word and standing with him. If Obama realizes that it's more important to answer the demands of that mob than to keep his political 'accounts payable' file up to date, something good will result from this. For decades, diversity training has been a meaningless corporate exercise designed to duck accountability  and keep up phony appearances. In the Obama campaign, actual diversity may have found a rightful home. That home is occupied by a wide cross-section of people who have begun to realize that getting fucked over is the tie that binds us. It's been several decades since  anyone has successfully organized the people to believe they can actually speak, think and demand for themselves. When this happens the result is a principled mob that can, if you'll forgive the term, change the world. Perhaps this one will breathe life into a renewed deal in the USA.

It's not a matter of abandoning your principles to join this mob. Hold fast to your principles and light a torch. Believe in your ideals and grab some pots and pans and clank up a clamor. Remember what you're pissed about as you hoist that pitchfork. If the senator from Illinois is as smart as he appears to be, he'll understand that the mob can continue its forward march with or without him. Don't worry, he'll do what he needs to do to remain at the front of the throng.

I'll pass on the Obama Kool-Aid but I'll have a few belts of whatever the mob is drinking. And it sure is something to watch the Clintons choke on their own hubris.

The Dallas Morning News' first headline about Obama's triumph in S.C looked like this Clicking back a few hours later, I found a new headline but this subhead remained.... I'm sure it's all just a coincidence. A coincidence of a racist getting a job as an editor and then being left alone to write headlines. And in Dallas of all places!