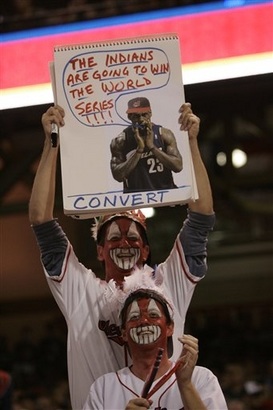 Uncle Tomahawk's disciples are whooping it up as a classy Boston fan demonstrates cradle-to-grave Red Sox natioanlism as their teams head to meet in the ALCS. On the other hand, some of us will beslogging down a different road. (see below) 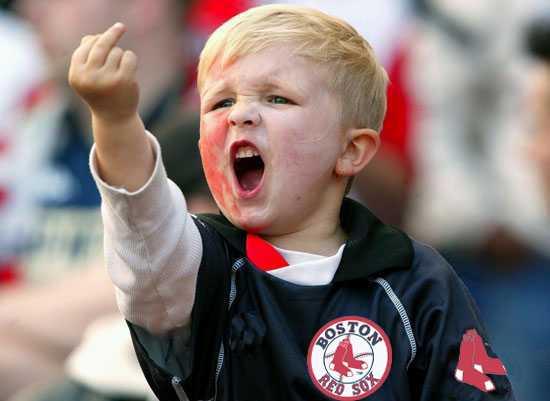 As you get older certain annual events matter less except for the cruel way they underscore the rapidity of the aging process. I aged a year last night. Although I'll continue to watch baseball through the World Series, I'll be a somewhat dispassionate observer now that the Yanks lost to a very deserving Cleveland Indians team in the American League Division Series. Good for them!

Next season I'll have been a Yankees fan for fifty years. This does not distinguish me in any way except for the fact that I will be a 55 year-old fool who has wasted most of my life following a baseball team much too carefully. I should know more about  astronomy, biology, great literature, ancient history and a vast number of other things a hell of a lot more important than a game played by millionaires. But it's too late for me and so no matter what I do, the stars that matter the most to me play on a diamond, the ecosystem that I best understand is the American League, the literature I too often read concerns the Negro Leagues or baseball a century or so ago, which means the ancient history in which I'm most conversant involves terms like "Slide, Kelly, Slide!" and "Old Orioles."

The one thing I've learned from playing and following baseball and other sports is sportsmanship. Once I acknowledge the Cleveland Indians for playing a hell of a series, I'm off the lock. Clevealns now takes on the Boston Red Sox for the right to represent the AL in the Fall Classic. Good luck to all involved. Both have wonderful fans and both have idiotic fans. Yankee fans run a similar gamut. So who to root for? It's simple if you look at the above photos. The jagoffs in Jolson-face deserve to suffer, the kid is just a victim of the stupid adversarial environment of modern fandom. Go Boston!

I'd post more but being such an old man, facing such a long winter, I decided to lollygag with the puppies on a lovely afternoon in the, if you'll excuse the term, Indian Summer.