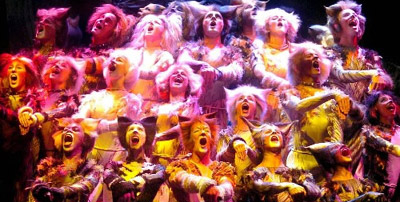 I lost my job at the Randi Rhodes show at Air America for no good reason. The details don't matter but if anyone from either the show or the network would care to discuss my dismissal publicly, I'd welcome the chance to clear the air because I got screwed.

So I should be one of the last people not to gloat about Randi's recent troubles-- except for one thing: I wish her no ill and take no joy in anyone getting injured. Besides, I still like Randi. We went through a lot together and I remember those experiences much more than my departure from a poorly run radio network. I also appreciate the nearly three years of steady work she provided me.

So what's my point? This: it's obvious that Randi has been seriously injured. She never said she was mugged. Air America's management never said she was mugged. One nighttime host (who I believe actually pays for his airtime) leapt to conclusions and decided she had been attacked by rogue reactionaries. This started a blog prairie fire and nameless and paranoid speculators rushed to judgment. The result is that Randi, a person who as far as I can tell is guilty of nothing  other than being seriously injured, is getting discredited as if she made false claims. But it was Randi's own lawyer who set the record straight and it was Air America's management that immediately dismissed the paranoid theories that were running amok. The evening host (I think his name is Louis) needs to clear the air but I haven't really read much about him, just Randi. And much of what I read  seemed to imply that she had somehow orchestrated a hoax. Talk about conspiracy theories! Talk about blaming the victim!

I don't know what happened so it would be foolhardy and insensitive for me to speculate about the matter. Here is all anyone should say about Randi Rhodes: I hope she recovers quickly and I'm sorry that someone who has been genuinely injured is being treated as if she had committed a malicious affront to the truth.

She deserves sympathy and privacy. So wish her well and stop gawking.

Jon Elliot is the name of the AAR host who opened up the can of worms that reactionary bloggers are feasting upon. Sorry I got his name wrong earlier, I never listen to Air America unless I'm paid to do so. Anyway, he issued an apology that I've just spent forty minutes trying to find again and can't. I checked Air America's website and there's nothing. Way to get out in front of the story!

In the more recent  blogs and stories, Louis is taking more heat and well he should. In most of what I've read lately even the reactionaries at least wish Randi a speedy recovery. Of course they also take cheap shots at her, but hey, she's a vulnerable target and they're reactionaries so it's to be expected. There's still a wide array of speculation but only if and when Randi herself goes on record is there anything to prove or disprove. I don't know what purpose all this serves except to again underscore the fact that we're a nation of voyeur blowhards. When we can't actually peek through the curtains, we estimate what's going on behind them.

Wait, here's the Elliot apology, it was in Newsday. When you think of all the good broadcasters AAR has put out of work, you have to wonder why one of them isn't brought back toat least co-host/babysit for this guy.