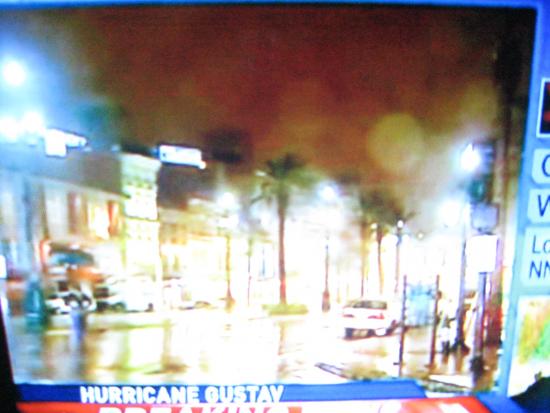 Let me get this straight, the Republicans opposed a surge?

Isn't it fun watching the Gluttonous Old Party scale back plans for a dead fish of a convention.

They will wrap McCain and Palin in newspaper before this is over.

So a bunch of Republicans are stranded and helpless in a convention center because of a hurricane and we're not supposed to mention karma?

How about when Hanna hits on Thursday?

And the one after that is named Ike. In anticipation, Bush has already ordered the National Guard to begin boarding up the military-industrial complex.

The stench is said to be already getting pretty bad in St. Pol's Xcel Energy Center and they haven't even opened Cheney's casket yet.

While we're at it, let's turn off the plumbing and electricity and cut off the food and water supplies so the Republicans can get the genuine New Orleans experience.

Then after about a week we'll send some rickety buses to transport the delegates to the Astrodome in Houston.

Not all the R's are in the Excel Center -- a ragtag group of daredevil delegates is now camping under the I-35 bridge.

And several more are holed up in a men's room at the Minneapolis-St Paul airport.

The highlight of the Republican Convention will be when they climb up on the roof of the Xcel Energy Center to paint the word H-E-L-P on it.

After this week, McCain's candidacy is going to be reduced to a "Category None" national depression.

McCain said,"We're taking off our Republican hats and putting on our American hats." Unfortunately the only hats the Republicans could find were made in Haiti.

The Republicans' extreme reaction to Soviet bloc-sounding Gustav in part makes up for the now-postponed Salute to Joseph McCarthy they had planned for Monday night.

What the R's don't understand is that millions of voters have already been safely evacuated from their party.

One piece of positive news for the Republicans: the NRA's monthly magazine is going to do a cover story on the shotgun Sarah Palin is going to use at her daughter's wedding

To add a little excitement to the proceedings they're trying to arrange to have Palin shoot a looter live via a satellite hook-up Tuesday night.

Palin is a bit confused by all the hubbub over Gustav -- as governor of Alaska she thinks it's her job to assist natural disasters.

If she does end up speaking in St Pol, she's going to unveil McCain's Energy Policy to Nowhere

Alaskans really like Palin, even though she has to oversee that tough program of distributing free money from the state to every voter up there.

If her grandchild is a boy they should name him "Thomas " and then maybe give him the middle name of "Eagleton."

McCain's new campaign slogan is "Country First." The cost of developing this new catchphrase was underwritten by the Nashville Chamber of Commerce.

Update: Bush is now planning to address the RNC by satellite Tuesday night. It would be better for McCain if he addressed it from a satellite... orbiting Pluto.

We all know the slogan, "Don't forget, hire a vet!" Now there's a new one for McCain, "Don't regret, vett a hire!"

But seriously, here's some Category Four Fascism for you from St Paul, where they are now raiding protester's homes because they were planning to exercise dangerous First Amendment rights in direct defiance of mandatory patriotic guidelines.