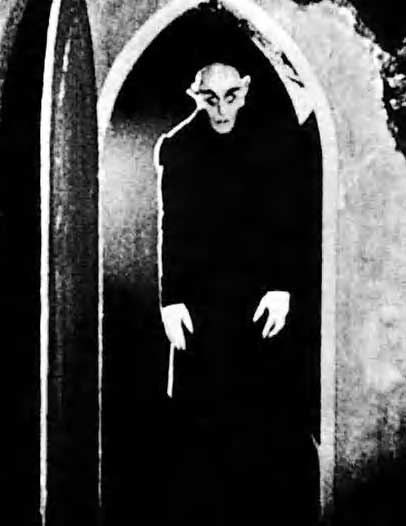 OK, they've come right into my wheelhouse with this economic collapse. As a lefty political satirist in the USA, I've lived a life of fiscal calamity and so I am uniquely qualified to comment on this current mess.

In fact, I promise that I have a solution for the economic woes now befalling the country and will announce it at the end of this outburst.

Never fear, even without my help this will get straightened out, and soon, because this is an election year and so our responsive and intellectually honest leaders will quickly remedy things so that they can then stand for reelection in good faith.

If only we could get these fine public officials to focus on cancer for a week, it would be the end of that scourge -- at least for those of us who remember to pay our toxic health insurance premiums, right after we pay our toxic mortgages.

Have you been watching Treasury Secretary/Dollar Dictator Henry Paulson testify about the current mess? That guy can go from zero to $700 billion in nothing flat.

Paulson got rich in the bond market so it's nice to see that he's willing to give a little something back.

Paulson keeps telling us this bailout has to be quick and clean.. sort of like any well-placed knife in the back.

I'm surprised Paulson hasn't mentioned al Qaeda in any of his attempts to spook the herd.

They keep telling us that Fed Chief Ben Bernanke is a depression expert. So far he seems to be doing a hell of a job installing a depression. Ending one may prove to require a different skill set.

I do so worry about how Chelsea Clinton is doing at the hedge fund. Too bad Hillary didn't get the nomination because she could have flaunted her Wall Street daughter as if she were a soldier on the front lines in Iraq.

Of course the IED's that surround Chelsea are Improvised Economic Deceptions.

But as much as the D's can be tied to a lot of this, this irregular mess was brought on starting in 1981 when Ronald Reagan and his cronies began dissembling the New Deal.

The people who stand first in line to be saved by the proposed bailout aren't the poor but instead those who profiteer by impoverishing others.

We must save Wall St, the place where people got rich by squeezing the life out of living wages!

It's like passing the hat in the bleachers to send champagne to the luxury suites.

We're saving those who have accumulated more money then they could spend in several lifetimes by gaming the real estate market to the point where honest working people in cities all over this country can barely afford to live in the places that would be unlivable without their daily efforts? Great idea!

And so workers, whether laid off or forced into accepting a pay-scale set in China, now must pay artificially high prices for shelter.

Did you know that 15 percent of Americans pay over half their monthly income just on mortgage payments?

And I'd bet you a mortgage payment that there are millions and millions more renters in the exact same sinking boat.

This has much more to do with the Market speaking, and saying, "Screw you, poor people" than it does with little folks living beyond their means.

The reason many working people live beyond their so-called means is because living costs more than their means can cover.

That's right, the sacred market has made life itself beyond many people's means!

Wanna live in Manhattan? Either run a hedge fund or live beyond your means.

It's funny how living beyond means is a great sin but stealing other people's means to live by lowering wages and gaming markets is the work of the greatest of American Dreamers.

Granted, some people are living beyond their means in the traditional, and judgmental, sense of the term.

But millions of these folks simply got stomped by an economy designed to profiteer on driving prices for things like energy and housing out of sight while driving wages into a death-spiral.

And so I say that the honest victims of this crooked game should be the first ones to be bailed out and not just with mortgage relief but with a clampdown on corporations that drive up their stock prices by brazenly fucking over their workers.

This plan is being crammed down our throats by an administration that force-fed us the sinister song and dance of the Patriot Act (now appearing nightly at Grossingers with the War Powers Act -- featuring the old vaudeville team of Carnage and Pestilence, but I digress.)

And so with only 41 days until we find out who will get handed the bag by the worst president ever, the Bush-Cheney Team has decided to take one last panicked run on the Fear Monger Express.

And to captain the mission, they have chosen Henry Paulson, a man who was separated at death from Noseferatu and therefore is a fine choice for scaring the shit out of people. As with any Bush-Cheney era initiative, certain key elements must be in place.

First -- people must be panicked. In this case, the threat of poverty and homelessness work just fine.

Second --  the administration must make it clear that it cannot be encumbered with hindrances like accountability-- in this case because throwing around a trillion or so dollars is enough work without having to keep track of where the buckos were thrown.

Third -- the incredibly lame theatrical device known as the "ticking time bomb" must have its threadbare pretense placed at the center of the argument for broadened and unchecked power.

And with all this in place, the fear-mongers must go to work on the most easily frightened among us-- Congresspersons and Senators. Paulson's approach reminds me of those Infomercials that promise an extra good deal for people who order in the next twenty minutes!

Even though it took 28 years of looting and plundering by the laissez faeries to get us to this point, apparently we only have a few precious hours to turn the whole thing around. And the only way to do this is by putting on blindfolds and jumping off a cliff when Mr. Paulson orders us to do so.

Last time we made such a leap, we removed our blindfolds only to find ourselves staring directly at violent, intractable quagmires in Iraq and Afghanistan. And if we complained about it, we risked getting 'detained' without benefit of habeus corpus thanks to the Patriot Act.

And so here we are once again facing the grim economic specter brought on by a system that demands privatized profits and socialized losses. The bounty is booty but the pain is passed around.

The cry is, "Millionaires and miscreants first!" so that they can get back to their important work of putting women and children at the front of the line for dispossession.

And so now there are those who are trying to explain why John McCain, a regular at the trough of deregulation for decades, must take over to guide us through these treacherous economic straits.

Everything John McCain needs to know about the economy is on his marriage license.

He can relate to an average working American as well as anyone who has only somewhere between an estimated seven to twelve deluxe edifices standing between him and the street.

And his partner in ignorance, the candidate from nowhere, sure knows about claiming to be a rock-ribbed economic conservative while being a glad-handed recipient of ill-advised federal largesse. How convenient. But don't despair, as I mentioned at the beginning of this, I have an answer to our economic problems that will immediately bring us out of the red and into the black: Foreclose on the Pentagon. Stop spending as much on militarism as every other nation in the rest of the world combined.

Bullets have no nutritional value.

If we can just wean ourselves from our addiction to foreign wars, we'll all be able to afford obscenely overpriced housing.

Trail Droppings.... My recent absence was brought on by an unprecedented series of non-earth-shaking events that nonetheless took priority over blogging. Good thing I'm not charging for this, huh?

Bush is going to address us again about the financial crisis. This is like the Colorado River discussing the problems posed by the Grand Canyon.

Palin's NY world leader photo ops loan her all the credibility of someone possessed of the talent required to stand next to a cardboard cutout. Too bad they didn't find a nice facsimile of Pol Pot to include in her picture with war criminal emeritus Henry Kissinger.

And finally...
Here's some sound fiscal wisdom from one who knew life on Main St all too well.