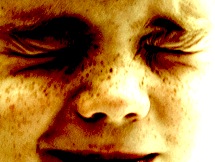 Had Judge Jack B. Weinstein simply questioned rigid federal sentencing guidelines to justify overturning the conviction in his courtroom of Pietro Polizzi, "a married father of five... for possession of over 5,000 graphic images of child pornography... mostly of prepubescent girls," I might have held my tongue on the matter. But Judge Weinstein's sheer arrogance and ignorance in discussing the extent of damage done by child pornography demands informed rejoinder.

As the New York Times reported last Saturday (in the above-linked article):


Judge Weinstein has gone to extraordinary lengths to challenge the strict punishments, issuing a series of rulings that directly attack the mandatory five-year prison sentence faced by defendants charged with receiving child pornography.

Like I said, this is certainly worthy of consideration. In drug cases, mandatory minimums have been used to fill our jails with legions of hapless souls. Legislatures have removed judicial discretion from the courts and this has a whole lot to do with why the alleged Land of the Free has become the home of the world's largest per capita prison population. But this isn't about sentencing, it's about ill-informed assertions by a federal judge.

The story continued and the judge's tunnel-visioned compassion led him to stumble into an ethical abyss:


"I don't approve of child pornography, obviously," he [Weinstein] said in an interview this week. But, he also said, he does not believe that those who view the images, as opposed to producing or selling them, present a threat to children.

"We're destroying lives unnecessarily," he said. "At the most, they should be receiving treatment and supervision."

The man he has spent three years trying to save from a long incarceration is Pietro Polizzi, a married father of five who collected more than 5,000 graphic pictures of children. If prosecuted in a New York State court, he would have faced a maximum prison sentence of four years. Instead, in federal court, he faced a minimum of five years and a recommended sentence of 11 to 14 years. Because of Judge Weinstein's intervention, he remains free as he awaits another trial.

"I don't see Judge Weinstein as a judge," Mr. Polizzi said during an interview as tears rolled down his face. "I see him as my father. He helps people. He doesn't destroy lives the way the prosecutor has. He's the one who is going to set me free from the court."

How very heartwarming -- the poor underdog collector of child pornography has found a champion, an apologist and a father, no less. And out of all the fathers in the world, he found one whose first impulse isn't to pummel a reprobate such as Polizzi. When it comes to luck, this guy hit the pervert lottery. He found a black-robed advocate who busies himself not in acting as an impartial jurist, but by questioning whether Pietro Polizzi did any harm at all by consuming child pornography. Of course by raising such a question, Judge Weinstein has provoked a large number of additional queries that scream to be answered. Such as:

How is it that the judge can be so sensitive to the delicacy of the child pornography possessor's life and yet completely impervious to the ruination of the raped little girls depicted in the photographs Polizzi collected?

Does Pietro Polizzi understand how ridiculous his self-pity and blubbering look in print?

Doesn't he know that it would take a team of MIT grad students several days just to estimate the amount of gall it takes for him to even mention "destroyed lives?"

What, if anything, have they had to say about their father's arrest?

Did Polizzi ever lead his own or anyone else's children to the locked upstairs room in the two-story garage where he connected with commercial purveyors of pictures of little girls getting assaulted and raped?

Does (or did) Polizzi own any digital cameras or scanners?

Would Mr. Polizzi please spare us of his inanely implausible alibi that he was only looking at pictures of little girls under sexual assault to help him understand his own childhood history of abuse? Such hogwash is an insult to all abuse survivors.

Isn't it awful when a perpetrator such as Polizzi claims he was committing victimless crimes even as he amped up theprofit motive for the hoodlums who ran the commercial child pornography site he patronized? Isn't it even worse when the judge echoes such a demonstrably vapid assertion?

Does the judge really believe that collectors of child pornography are in no way responsible for the children who are harmed so that criminals can collect the salacious images of those children, at the worst and most humiliating moments of their young lives, for the collectors' masturbatory purposes?

Can the judge imagine how victims feel to know the images of their ictimization might be employed as a tool in the grooming of a contemporary child for sexual assault?

How can the the judge be sure that Polizzi wasn't just such a child pornography-employing perpetrator?

And isn't it reasonable to assume that for there to be 5,000 photos available to Polizzi from the commercial site, hundreds of children had to be harmed? So this means Polizzo used his fiscal resources to help make such assaults fiscally profitable and therefore more likely. Right?

How about those who trade child pornography privately with others who only want new, previously unseen images in exchange? How many of these criminals decide to grab a digital camera and a kid so that they can create the contraband they need to use as currency to obtain more of what they crave?

How can Judge Weinstein, who has clearly chosen a side in this case, not recuse himself to allow another jurist to preside over Polizzi's next trial?

And just so Weinstein doesn't feel like a lone crusader on the mandatory minimum front ... how many victims of child pornography do you suppose are serving mandatory minimum sentences -- mostly because (while self-medicating for their post traumatic stress disorder) they ran afoul of laws concerning sobriety and possession of so-called controlled substances?

I am not a judge, nor should I be, especially in these cases. However, having survived sexual assaults as a very young boy, I can attest to the long-term damage such crimes inflict. Additionally, as a children's rights and safety advocate, I've become more knowledgeable about child pornography than I could have ever expected. You see, I was around at the dawn of this new darkness.

In 1994, I first stumbled upon "member-created" child pornography chat rooms on America Online. The gathering spots were devoted to everything from partially clothed kids (one element was extremely stimulated by toddlers with drooping and full diapers. Nice, huh?) to innocents with dying eyes who were in the process of having their souls raped out of them. Prior to this, child pornography was a relatively rare commodity in the USA.Before the net, child pornography was primarily from Scandinavia or far-flung Pacific locales such as Thailand or the Philippines. To obtain the materials they craved, American child pornography collectors ran a great risk of walking into traps set up by postal inspectors, customs officials and the FBI. But that all changed with  the advent of PC's, digital cameras and  internet connectivity. And that's why such crimes are more common today.

I was on the case so early that a lot of cops weren't even involved yet. After several months of investigation, I got to be pretty knowledgeable about how so-called collectors think. The denizens of those squalid chat rooms maintained they weren't hurting anyone, they were just collecting pictures. And they stuck to this falsehood even though it was evident that those chat areas not only served as soul thieves bazaars but as child-molesting clinics. In them, they reinforced rationalizations and polished nefarious techniques. They swapped tips about "grooming" children for abuse and how to hoodwink and avoid the authorities. To a creep, they would have loved Judge Weinstein and they would have been emboldened by his words.

And so I observed hundreds of child pornography collectors in action. There wasn't one of them I felt was somehow not a serious danger to children. In July of 1995 I told as much to a subcommittee of the United States Senate Judiciary Committee. In September of that year the evidence I collected was used in a round-up of folks who felt they had a right to violate children or to at least use evidence of such violations for sexual stimulation.

As word of my work spread, many people contacted me who had been photographed or filmed as they were being sexually abused as children. If Jack B. Weinstein heard their stories, if the judge listened to grown men and women quake with emotion as they asked whether I'd seen them depicted in child pornography, if he had spoken to people who had scars of various vintages torn open because a picture is forever, he wouldn't be handing down hooey about how the consumers of child pornography are blameless end recipients of an otherwise unsavory enterprise

So while I agree with Judge Weinstein that mandatory minimum sentencing can lead to unduly harsh punishment for criminals, I humbly beg him to consider the damage that is done to the truly blameless by the consumption of child pornography. I ask that he agonize over this at least as much as he does over the excesses of inflexible sentencing mandates. I beseech him to refrain from throwing out the babies with his rhetorical bilge water. In doing so, the judge would give us all what he is trying to provide for a seedy man named Pietro Polizzi. He would give us a break.