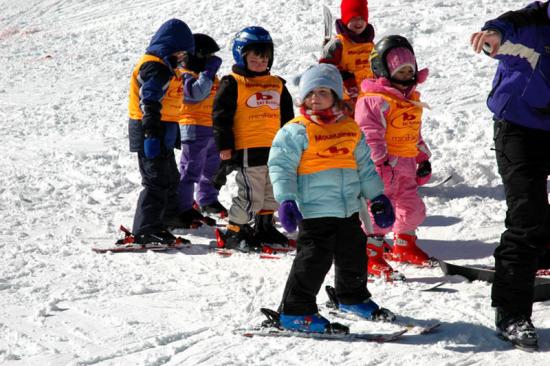 Denizens of the Bunny Hill

I couldn't have hoped for a better response to the Call Me Lucky post. Thanks to Perrin, Schwartz, Spencer and numerous other web luminaries linking to it, it reached a large audience and got a big reaction.

Part of that response came from other survivors of childhood sexual abuse. One of these people, 'baseballgirl,' told her story for the first time in the comments section below the piece. Sincere thanks to her and all the survivors for speaking up. I note for the record that none of the survivors who wrote (publicly or privately) advocated the death penalty for the rapists of children.

Several people called my essay 'courageous.' I appreciate the generosity but take some issue with this assessment. When the story of the Supreme Court decision broke, I knew I would have to say something and saw it as an undaunting opportunity. It provided a chance to explain how I saw many of those who want to execute child molester/rapists as being more interested in changing the subject than justice for children. Having a chance to speak out on this issue and bring the focus back to the children was wonderful for me.

I was encouraged by a semantic improvement in this discussion. Fifteen years ago when I first went public as a child abuse survivor, I was praised by many people for "admitting" I had been abused as a child. Crime victims don't "admit" anything, they "testify," they "disclose." You've never heard anyone say, "He admitted a hit and run driver ran him over." Neither does anyone say, "She admitted she was held up at gunpoint." Words do count and to use the word "admit" is to imply at least some level of complicity in the crime. After I wrote this not one private or public response included this semantic blunder. That's significant, if subtle, progress as far as I'm concerned. Otherwise.... Monday I began a post that is turning into a book, a book that I haven't the time to write. It keeps sucking me in and gets more and more complicated. It's why I haven't had much to say in this space this week. I'd take the whole thing out back and shoot it if not for my obstinate stance on gun control.