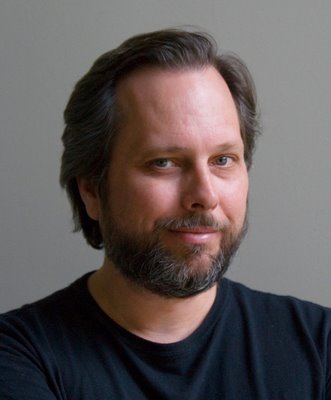 Yesterday Dennis Perrin wrote about the speak-no-evil-inside-the-tent hypocrisy of Democrats which, among other things, leads to an inability to draw a line between politics and Sarah Palin's 17 year-old daughter. I agree with his complaints, which is why I refer to the child as a 'daughter' and not by name. My barbs have been pointed at Alaska's governor and not her children or, for that matter, her husband who got arrested for drinking and driving in the long ago. If you can't beat Republicans on the issues, stay home.

I have never commented on family members of candidates unless and until they directly involve themselves in political affairs. This does not include smiling at campaign rallies. I never said a word about Chelsea Clinton, except in her defense, until she actively campaigned for her mother this year. Hell, I defended the Bush twins when people were hammering them for partying because were that guy my father, I'd be walking around with a morphine drip in my elbow.

Anyway, my friend Dennis has had his fill of liberal bloggers and is particularly disgusted with a certain stripe of poisonous lemming that infests the comments sections of the liblogs. I OD'ed on this shit a long time ago when this teeming mass made the choice to blame the Great Electoral Debacle of 2000 completely on Nader supporters. I disengaged from them back then because I didn't want to get into a time-wasting contest with people who seemed like they never, ever would concede a point. (For example -- these folks would not admit that Nader voters who understood the electoral college and found their views poorly represented by the Gore campaign, did no harm by casting protest votes in states in which one or the other of the major candidates was going to win by a solid margin.)

And so I don't read most of these blogs. If someone breaks a story, I take a look but generally ignore the zillions of comments that return very little on the investment of even speed-reading. I recently had to beg and beg to stop receiving email updates from one of these zealots. Dennis monitors these folks and this weekend and found many of them hammering away at Palin's pregnant daughter. He rightfully called them for their misogyny and lack of any sense of proportion. As ever, the author of Savage Mules expressed disgust at their inability to assess any blame for our current state of affairs to one-half of this nation's two viable political parties.

I can handle people estimating how the R's would use the revelation of a pregnant teenage daughter against the Obamas should they find themselves in such a predicament. But there is no excuse, nor justification, for commenting on the 'decency' of a girl who has done nothing more than behave as many of us behave as late adolescents. Fortunately, most of us don't have parents who trade in public piety.

People who brag that they aren't afraid to call themselves 'liberals' should go on to say that they aren't afraid to allow reactionaries to describe the boundaries of the debate. Because that's what they do. And when liberal becomes a viable pejorative (at least when unleashed from the right), no matter how much they claim pride in the label, these people begin to make compromises, huge compromises. This war is wrong but hey, bombing the shit out of those people, over there, in that other country is a great idea!

So as I have said many, many times: I'm not a liberal, I'm in favor of reform in my own neighborhood. I'm a leftist. Laugh that off, reactionary scum.

The either/orness of this two-party system creates a political narrowness that's suffocating and so rather than challenge mainstream lies, (most) Dem pols choose to make sure no one paints them with Joe McCarthy's old red paintbrush. This is why they remain silent about truly progressive causes like single-payer healthcare, prison and police state reform or a foreign policy that doesn't presume US preeminence over the rest of the world. They don't discuss the wholesale wastefulness of the martial state that is the USA. Perrin has had enough of this and says so. It is a strain and a struggle to stay after and on this truth and because of it, we're in danger of losing a truly vital voice (at least online on a regular basis) because Dennis is considering folding his outstanding blog.

I am less confrontational than my friend. I don't completely write off the D's because even though I already know there's not much to inspire me in this cowardly political system, when I see and hear truly downtrodden people in this country proclaim they are at least feeling some hope, I don't want to spoil it for them. And I have some hope that Obama will not betray these folks -- at least not completely. I also know that it makes almost no difference to some poor bastard living in a cardboard box in Haiti which candidate is elected because the next president will continue to service the demands of the corporate slime who put that poor devil in the box.

Dennis punches hard and takes on all comers. He goes out of his way to aggravate pompous liberals, and he succeeds because he makes his case in learned detail. I'd be thrilled if he let that case stand on its merits while simply ignoring those who, hidden behind self-righteousness and screen-names, feel that they have a perfect right to become what they resist.

Dennis is understandably tired of pissing in the wind and I can't blame him for considering abandoning his blog. I gave up performing last year at least in part because public is a tough place to live and die in America. It is my sincere hope that he continue to write for a large readership that eagerly awaits his extremely articulate and brilliantly written observations. I believe he is very close to a serious breakthrough as a heavyweight writer and this means everything he has already written will be revisited and reexamined. Should I be right about this (and I do have some standing as a talent scout), we will all benefit. Whether Dennis continues his blog or not I offer public thanks to him for his unflappable devotion to the much greater good.

Back in a minute with some comments on last night's hog-wallowing in St Paul.