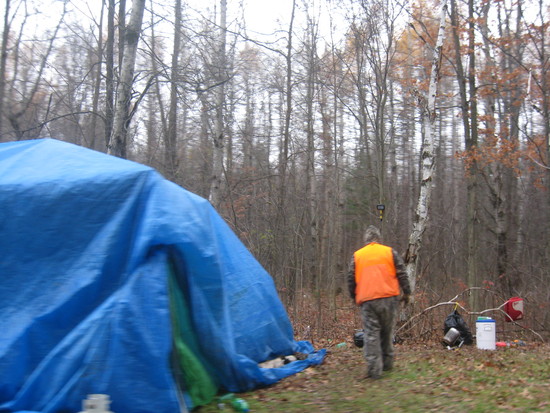 Sincere thanks to James Wolcott for his recent link to my 2008 salute to sportsmen.

Further thanks to all the folks who have responded with advice about my arthritis. My hands were screwed up playing ball as a kid. 35 years later when I do stuff like split and stack firewood in cold weather, a serious price must be paid.

Dept of buried leads... I'm finishing up a screenplay that you will only hear about again if and when there is reason for you to hear about it again. All I will say for now is that it is being written at the request of a hipster indy director who gets stuff made and who is no stranger to critical acclaim. Until it's done, most of the typing I can manage to tap out must be in the service of this project so in the near future, posts here will be rather infrequent. OK, OK, one more hint-- it's semi-alibiographical. Now that's enough!

Two political remarks-- if you bought a gas guzzler in the last 15 years you have no excuse f to oppose a bailout for Detroit. None. You enabled Big Three greedhead management to step on the gas despite the fast approaching cliff. This isn't the union workers' fault, workers report to work and manufacture what they tell you to manufacture. And the UAW has already made too many concessions new hires don't make a living wage and their benefits are shit. UAW retirees helped the Big Three turn big profits while they spent their lives on assembly lines. These workers completed an endless task and have earned and should get every dime in pensions and every bit of benefits they have coming. AIG gets six times what the auto industry has asked for. And CEO's travel by private jets. If these three clowns get fired for it, fine by me.  The private jet travel is annoying but cracker legislators using it as an excuse to crush a predominantly Democratic part of the country look just a tad vindictive at the moment. And I swear if they don't stop repeating praise for the non-union  auto plants down south they'll soon be driving through the same carpal tunnel that is ruining the poor unorganized workers in those mutilating manufacturing facilities.

OK that was a long first one. Now something more pithy.

Second: I don't care that Lieberman is still chairman of the Homeland Security Committee. I care that we still have the KGB-in-drag as the Department of Homeland Security at all. There is no security in our homes, just government eavesdroppers and Fourth Amendment-ignoring cops. It's time to can this scam.

Thanks to some steady snow and temps in the teens, the manly men (and women!) who help eradicate the deer menace are either huddling in their cabins or have beat it back to friendlier climes. There are still some hearty hunters looming about but most of those remaining seem to be following the rules. There are exceptions such as the outdoorsperson who fired off a round within a few hundred feet our home well after sundown last night, breaking at least two laws with one shot. The weekend looms and so we the second wave could be arriving any minute now.

To illustrate why these roaming merchants of death bother me, let's take a quick look at the always entertaining world of guns and ammo. It has it all, parents watching kids blow their heads off, brothers killing brothers; deaths by crossbow, bullet, drowning and a whole lot of people dying in and around deer stands. Also some nice head wounds and a couple of lovely amputations. It wouldn't be autumn without 'em!

Let's start with a story many of you already know about...

Father of child killed by uzi at gun fair says the family has "No regrets." Fortunately he's also doctor who runs a for-profit hospital so he used to making obscene rationalizations in public.

More on the uzi gun club. The cop who organized the event where the kid was killed.

Hunting safety tips or Never use a loaded shotgun to probe an open wound!

And now, from the pages of Outdoor Death Magazine let's get right to a compendium of recent murder, massacre and maiming by the dim bulbs in the bright orange caps.