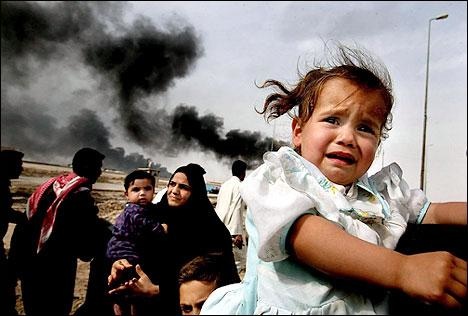 Dear Nawal,
I hope everything is alright with you. First I'll tell you the good news! Close call for yours truly, the other day. My unemployment compensation was just about ready to run out. Lucky for me, it now looks like I'm one of a few million Americans who are in line for a three-month ( 13-week ) benefits extension! Sweet! Our Congress has argued for a long time about whether to do this or not. This is because there is a Moral Hazard involved anytime people without income or jobs are temporarily given tiny sums of money to help them survive during hard economic times. Our leaders worry that we will lose our love of work or even our desire to search for a new job if our families become accustomed to squeaking by on temporary unemployment insurance checks. Economists (sort of like Imams?) at our large universities diligently study the problem of our Moral Hazard all the time and write many papers on this subject in order to help guarantee the purity of our country's morals. Anyway, they have determined that the amount of our Unemployment Insurance must be kept very small in comparison with what we can earn if we find paying work. That way, the rest of us know that there are very serious consequences to losing our ambition or our jobs.

But it's not the scholars alone who decide what's best for us (see: democracy) here in America. We have wealthy and important political representatives who are responsible for making special decisions like cutting off unemployment benefits or letting them go on a little longer. Perhaps you have read about Ms. Nancy Pelosi or Mr. Harry Reid? They have been trying to keep (my) unemployment checks coming! Ms. Nancy Pelosi defended people like me by saying, "Unemployed people don't just hang around the house sitting on their butts, collecting money for doing nothing !"  or something like that. Wow, my hero!  Between you and me, I think *Shakespeare covered that when he wrote, "The lady doth protest too much, methinks." ( By the way, in the electrician's union we call ourselves "splinter-butts" when we are out of work because we are said to be "sitting on the bench.") Time for the bad news. Senator Harry Reid and Representative Nancy Pelosi think the best way to pass the benefits extension is to INCLUDE it in the supplemental war- funding appropriations bill. This is being called "must pass" legislation by practically everyone in Congress.  Super- triple urgent!  Without it we would totally have to end the war where you live! We call that "culture shock" here and we won't be responsible for putting you through it. We can't risk cutting off the money for your war and take a chance on having all hell break loose where you are. For one thing, none of our soldiers in your country has a proper round- trip ticket to get back home. They would have to stay there if the money runs out. This way, by getting the war bill passed, we will have enough money to keep all the soldiers in your country for at least another 6-months. Guaranteed.

That's twice as long as the three-month unemployment benefits extension I will get if we can keep the war going. It was going to be a 6-month extension (can't have everything, y'know ) but don't forget that tricky business of the Moral Hazard that I talked about earlier. They want to do the right thing in Washington D.C. when it comes to making important decisions about how others go about their daily lives and I guess caution had to be exercised. After all, money and war are the two big subjects where I come from. Maybe like religion is where you are (?)

I am looking forward to the $362 bucks per week I'll be pulling down once this war paperwork is taken care of. To put it in perspective --  that's equal to one year's worth of income for the average household in Fallujah. That's near you, right? ( Hey, don't forget, stuff is expensive here in America. It's another world, kiddo ! ) As always, all the best and be patient. Abraham Lincoln studied by candlelight, there's no reason you can't do it too! Do you still have that book you found after your school collapsed? Remember, if you're lucky you have your whole life ahead of you.