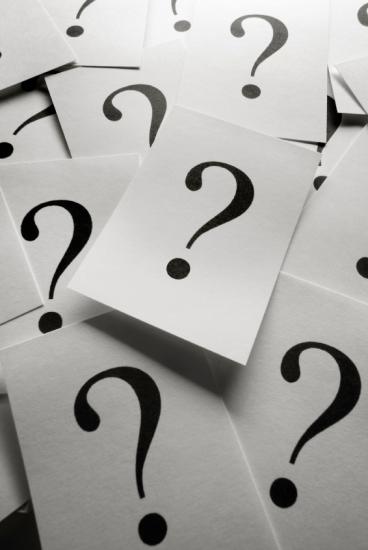 It's anyone's guess what happened at Rural Votes that led to the parting of the ways between Al Giordano and that organization. We do know that Rural Votes has been anything but forthcoming about the crisis/scandal in which it is embroiled.

I wish to stress that I'm not claiming to know what goes on behind closed doors at Rural Votes. The absence of disclosure by that organization has led a lot of us to wonder and speculate as to what actually happened behind those closed doors. Here is one theory (and remember, it is only a theory) about what has taken place: Giordano and his hit-counter-spinning blog, The Field not only became Rural Votes' main attraction on its website, it also became its de facto cash cow. Attempts to raise money for Rural Votes itself were perhaps not as successful as drives to "Send Al to Denver" and "Keep Al writing." By the time of the split, it could be that most of the cash on hand at Rural Votes was supposed to be earmarked for Al's pay and expenses (for both day-to-day blogging and his trip to Denver.) Just maybe this money ended being used to keep Rural Votes floating.

When RV head Deb Koziowski wrote Al, freaking out over his now famous Saul Alinsky post, she claimed he was ruining Rural Votes' fundraising. This seemed far-fetched to almost anyone who examined both the post in question and the overall positive affect that Al and the Field had on both Rural Votes and the victorious Obama campaign.

Ms. Kozikowski's assertion that Al was angering the Obama campaign itself seemed particularly hard to believe. After all, hadn't Giordano authored the incredibly prescient September '07 Boston Phoenix piece on the upcoming primaries? Didn't that essay describe in detail why Clinton would fail and how Obama would succeed? And hadn't Al used The Field to disseminate the idea that the Obama campaign would inevitably prevail, despite the Clinton camp's kitchen-sink carpet-bombing of the Illinois senator? This is hardly the kind of person a candidate would want to reel in -- particularly since Giordano went to great lengths to keep his distance from the formal campaign. He presented a positive analysis of the candidate but he never endorsed that candidate. He just called it as he saw it and what he saw was a glowing picture of the Obama candidacy. Considering the deft and shrewd campaign Obama had to run to become the upset winner of the 2008 Democratic presidential nod, why in hell would anyone working for him suddenly be so stupid as to attempt to monkeywrench Al Giordano?

Finding herself wigged out about money expressly donated to "keep Al writing"  and "send Al to Denver" but expended for other purposes, did Ms. Kozikowski then project her own failure on Al?

Did she then decide to scapegoat Giordano for Rural Votes' funding crisis despite the fact that he had clearly pulled his own fiscal weight?

Did she figure if Al could be driven off by censorship and disrespect, enough time could be bought to cover whatever refunds people demanded?

Did she figure Rural Votes would even get to pocket the moola that Field supporters didn't ask to be returned?

Well that's a lot of theoretical questions but they all lead to the same place. It's a place not that far from the one where many of us find ourselves when we take the money for the cable bill and use it to pay the phone company. (Except we are just not profitable rather than nonprofits)

Please understand that this theory isn't about an evil, conniving person. It's a theory about an inept person who got in over her head, freaked out and attacked the primary victim of her ineptitude. It seems plausible to me but I remind you, this is just guesswork that has come about because Rural Votes has been operating in a silo of silence. The whole theory could be shot down if Ms Kozikowski would open the books to demonstrate that Rural Votes was in fact in the black, above and beyond the funds raised expressly for Al's work and travel, at the time of the schism with Mr. Giordano. Open books and nonprofits go hand-in-hand, no?

I know Ms. K reads this blog (at least when she is mentioned in it) and so I ask her to demonstrate Rural Votes day-by-day solvency over the period in question. What I don't need from Ms. Kozikowski is for her to write me to dispute a phrase or a sentence in the above theory. It's just a theory, a positing of ideas. However, since this is about money, there is a bottom line. On that bottom line Rural Votes could show that the funds donated for Giordano weren't pressed into emergency service to cover other costs of a failing enterprise. This would put to rest this hypothesis once and for all. If this happens, I will happily junk the speculation and report the facts.

Also, before Ms. Kowikowski again writes to say "lawyers" are muffling her, I'd like to know who these lawyers are who think the best thing for a nonprofit to do is operate behind an opaque shield. Just to be safe, Al Giordano isn't waiting for anyone to do the right thing. Giordano is busy pulling together his relocated blog and making plans to get to Denver to cover the Democratic Convention. As refunds have trickled in from Rural Votes, users have sent them along to the Field. At first, these well-traveled funds had to be used for emergency upgrades of the Narcosphere, so it could handle increased traffic as the new home of The Field. (The Narcosphere is the blog area of Narco News, the web-based authentic journalism endeavor founded by Giordano to tell the real story of the drug war, from the Latin American nations most devastated by that foolhardy initiative.)

Last night Al announced a new fundraising initiative meant to get him to Denver. This time all proceeds will be run through the ever-trusty Fund For Authentic Journalism.  Giordano has set a goal of $7400. In the first twelve hours of the drive, Fieldhands kicked in over $3,000! I guess Saul Alinsky doesn't spook some people.

There are two reasons Al must raise more funds than the original $5000 harvested by Rural Votes for his Denver trip. First, the cost of his accommodations and travel has increased because prices weren't nailed down a few months back when the funds were originally raised. Second, Al's laptop has more miles on it than Skylab. It has begun sputtering and must be replaced. The laptop is the essential tool of Al's craft. If he were to go to work for the mainstream media, the bosses would ask him what computer he wanted and it would be his just like that. But Al works for us and so depends on us to provide his tools.

Al Giordano has more fun than any impoverished person I know. This is because his poverty comes intertwined with his integrity. He has never sold out and he sleeps well because of it. He is also an optimist. He knows he'll get to Denver. He knows that despite the fact that his original credentials were issued through Rural Votes, he will get credentialed for this convention. He already knows that he has a place to work in Denver inside of the Daily Kos sponsored Big Tent. I also know Al will get funded and credentialed. Why? Because I know Al and in this time when the earth is quaking, the rivers are overflowing and the sky won't stop crying, he is one force of nature who is on our side. So please dig deep and send along what you can to help this authentic journalist continue to report the truth.


You can also mail donations to:

The Fund for Authentic Journalism

This just in: esteemed author Jamaica Kincaid gives a mile-high endorsement to the drive to send Al to Denver.

UPDATE: Wed 6-25 8am EDT, the tally is now over $5000!
And nary a word from Rural Votes. Maybe someone has decided that so long as people are willing to pay for this twice, there's no need for accountability.