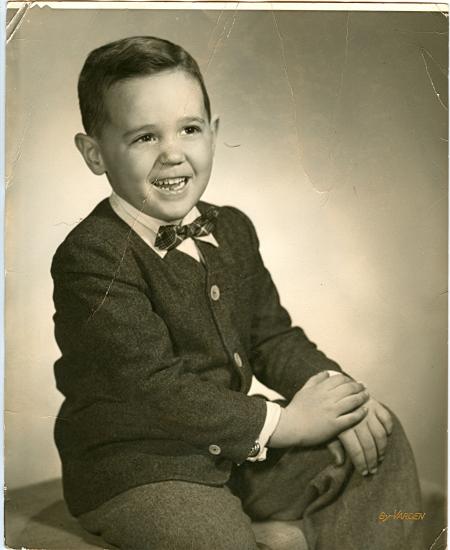 Lucky as a lad

Say what you will about the man but if Barack Obama isn't elected, the weakest among us will be hit hardest. The elderly, the poor and particularly children will suffer the most if we're saddled with another bullet-headed president. Among these groups, it's the children who concern me the most. I've been interested in their plight since I was a boy.

This doesn't mean I support Sen. Obama's recent denunciation of the decision handed down by the Supreme Court that ruled capital punishment for rapists of children is unconstitutional.
The New York Times excised remarks Obama made concerning the decision:


Senator Barack Obama, the presumptive Democratic nominee, said, "I think that the rape of a small child, 6 or 8 years old, is a heinous crime, and if a state makes a decision under narrow, limited, well-defined circumstances, that the death penalty is at least potentially applicable, that does not violate our Constitution." He added that the Supreme Court should have set conditions for imposing the death penalty for the crime, "but it basically had a blanket prohibition, and I disagree with the decision."

I hope this response was simply a matter of political expediency for the Democratic candidate. Obviously the last thing he needs is to have John McCain labeling him "soft on child rapists." But then, had the Illinois senator joined the rest of the civilized world in opposing the death penalty, he could have been out of this one by simply maintaining a consistent stance on the issue.

Does it really matter? The decision has been made and won't soon be reversed and so Obama's views don't particularly matter. Even if the Supremes had ruled the other way, the worst case scenario would only involve the execution of some vicious rapists of children, right? No one else would be affected. No one, that is, except for the raped children and they'd be all for the state-sponsored elimination of these human jackals, wouldn't they?

I can't speak on this issue as a raped child. I can only speak as an adult who was raped as a child and I oppose capital punishment for those who rape children. I was much younger than 12 when I was assaulted so in theory, my rapist could have been sent to the death chamber by Sen. Obama's rules.

Rules that Supreme Court Justice Alito spoke up for by dissenting. The NYT continues:


In a dissenting opinion, Justice Samuel A. Alito Jr. sharply disputed this conclusion. He said that because many judges and lawyers had interpreted the 1977 Coker decision as barring capital punishment for any rape, state legislatures "have operated under the ominous shadow" of that decision "and thus have not been free to express their own understanding of our society's standards of decency." brutal society. Child abuse thrives when authoritarians rule -- authoritarians like Samuel Alito. Abused kids are already freaked out enough without having bloodthirsty men in robes boohooing their inability to take a life for an eye. Alito has inveighed against compassion at every turn but now we're supposed to believe that this pro-torture reactionary is thinking first of children? To employ a term Sanctimonious Sam despises, spare me.

Many people are so overwhelmed by the thought of child abuse that they'll do just about anything to change the subject when it is mentioned. The most common device these subject-switchers utilize is the ultimate decree. They'll say, "I think if someone gets caught abusing a kid, they should be rounded up and killed! Case closed!" Once you proclaim that you're in favor of executing pedophiles, what else is there to say? You have advocated sweeping them under the ultimate rug and that's that. Problem solved. The problem, that is, of having to discuss child abuse.

Pronouncements of lynch mobsters notwithstanding, I wouldn't have wanted my rapist put out of his own misery and into mine. I started life without blood on my hands and I aim to keep it that way. Had the man who raped me on numerous occasions not died in prison while serving his third term for sexually abusing very young boys, I might have gone to see him. My personal revenge would have been to show him that I did not become what I resisted, that I hadn't grown into a cruel and heartless man. I would have told him that he inflicted a burden upon me that almost killed me, and not just when I was nearly asphyxiated during his savage assaults. I'd have told him of the encumbrance I dragged along with me for decades that, through hard work, I had managed to lighten. In short, I would tell him that although he inflicted a lot of pain upon me, he had not succeeded in ruining me. Then I would tell him that I was sorry that he had such a miserable and wasted life. Finally, I would ask him why he thought he had ended up doing the things he did. Maybe I would have  discovered some context for the man, even if I had to sort it out of the manipulative lies for which pedophiles are deservedly notorious.

I couldn't do any of this because by the time I figured out who had raped me, he was dead. The news of his demise did not cheer me. I just thought of the end of his awful life in a cruddy jail cell and wondered what led to such a waste. At least I didn't miss my chance to confront him because he had been killed in my name.

People who support executing rapists of children fail to consider a crucial issue-- the age of the victims. The victim in one of the cases the Supreme Court examined was eight years old when she was raped. That would make her twelve or thirteen right now. She has enough of a challenge in front of her without having the state presuming it should kill on her behalf. When I finally dealt with the horrors of my childhood, I had enough brutality to reconcile without adding an execution to the list. Unlike the poor child in the aforementioned case, the perpetrator of the crimes against me was not a member of my family. I can't imagine what it would be like to have to deal with having had one of my parents' siblings killed to settle a score for me. I can imagine that such a state action could cause a very large schism in a family, a schism that (to one extent or another) would trace back to the victim. This would place yet another burden on the child -- in large part because adults wanted to make a grandstand play that would help distract everyone from considering how such a crime might have been prevented in the first place. Sorry we left you alone with that evil man but to make up for it, we had him killed!

Almost everyone wants to avoid this subject and who can blame them? Breaking silence about child abuse is so damned disquieting. When, as an adult, I began dealing with what happened to me, I talked to close friends about it. A very few were just great and couldn't have been kinder. Numerous others had the same question for me. They'd ask, "Are are you talking to anyone about this?"

I'd think, "Yeah, I thought I was talking to you. But clearly you believe I should only speak to people who are paid $150 an hour to hear about this shit. I guess you don't understand that it's tough for me to trust strangers -- particularly strangers who sit there and only say 'hmm' every 15 or twenty minutes. It can be kind of nerve-wracking. After you do that, it could be kind of nice to speak to a trusted friend."

The "are you talking to anyone" people were a bargain compared to the lynch mob advocates, particularly for me. I'm hampered by prejudice because I oppose the death penalty for anyone. Even if I were to be murdered, I would not want my killer executed. You can't kill someone without making someone else into a killer. I cannot see how anyone could ever justify that.

Even if I supported the death penalty, I wouldn't want child rapists killed simply because they were once children themselves. In all likelihood they were abused children. While most victims of childhood sexual assaults don't grow up to become pedophiles, the vast majority of pedophiles were sexually abused as children. Who knows what would have happened to me if I had been raped a few more times, or a few years later, and had been tricked into believing I'd been acting on my own initiative? Would my social contract have been completely voided? I can't say. Life gets pretty damned nuanced when you can consider yourself a lucky childhood rape survivor.

Another reason I don't want pedophiles executed is because we need to study them. The more heinous the criminal, the more important it becomes to at least try to figure out what the hell makes that person so dangerous. There's no question that these people need to be segregated from society. When it comes to confining convicted child molesters, I am no bleeding heart. Sadly, I don't think people over the age of 21 who offend in this fashion can ever be trusted again. Perhaps they could be reformed if we didn't have a prison system that's heavy on punishment and light on rehabilitation. Unfortunately, our prisons are just about the most lawless places in our society. Maybe if prisoners were taught that laws are meant to protect everyone, even prisoners, they might gain some respect for legal statutes. In any case, I don't want these people treated inhumanely. This brings us to another form of brutality many people presume abuse survivors endorse: prison rape. A lot of people don't seem to grasp that snickering about 'dropped bars of soap' and 'girlfriends named Bubba,' should offend anyone, particularly a rape survivor. I abhor all rape. This includes the rape of rapists. There are no special circumstances that ever justify rape. Period.

The word I would use to describe myself during my childhood would be "shocked." I was in a state of shock for years. Nowadays it's called 'post-traumatic stress' but it was really just good old-fashioned shock. I had been through too much and so I shut down a lot of my receptors. It's how you begin on the path from victim to survivor. To some extent I'm still in shock, not so much because of my childhood experiences but because of my adult ones. It is shocking that people think they are being kind and supportive to a violent crime victim by speaking of killing and rape as remedies. There are a lot of such people and they vote. I guess that's why Barack Obama feels he must pander to them. Alas.

UPDATE: The response to this piece has been amazing. Thanks to everyone who commented. I replied to several but I read them all and appreciate them all but one of them (that was petty and silly.)

Dennis Perrin linked to this and then it got linked all over the net, leading to the improbable occurrence of having July 4 become this blog's busiest day in memory (and it normally does just fine thank you). The internet has never been a place for holiday traffic so this is pretty unbelievable.

I wrote something I thought needed to be said. It was seen by my normal readers and got a nice response and that was wonderful. Then Dennis said something about what I said and several more bloggers chimed in and now it has been seen by thousands more people than I could have hoped for. So thanks to Dennis and all the other people who linked to the story and everyone who read it.

This has been a most encouraging and heartening development.  Barry