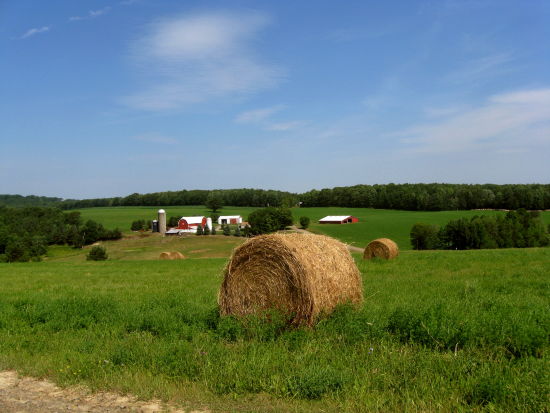 When I was a kid we were taught that one easy way to demonstrate the superiority of the American system of capitalism over the Soviet system of communism was to compare farming in the USA to that in the USSR.

My teachers made the same compelling case, nearly word-for-word, year after year.

They taught us how Soviet-style collective farming was fraught with flaws, such as:

If Soviet sod-busters made a mistake on one acre of land, the blunder was repeated throughout the giant system.

In the Soviet-style collective or "factory" farming system, if some sort of crop blight or livestock malady struck part of the food supply, it would likely contaminate the entire supply of the agricultural commodity in question.

Because of its enormity, the collective farm system was nearly impossible to adroitly maneuver through or around meteorological challenges, changes in consumption habits or national emergencies.

The collective farm system was run by bureaucrats who knew little or nothing of farming. When problems came they were adept at one thing and one thing only: passing the ruble. You'd no more want your food grown by farmers who answered to a paper-pusher than you'd want your medical care controlled by someone who didn't know one end of a stethoscope from the other!

We were taught that our system was built on the responsiveness and accountability of local farmers. If curdled milk turned up in Soviet kitchens, it was nearly impossible to trace the milk to its source to make sure the problem was dealt with and alleviated. In America, we buy our milk from Farmer Brown. We know Farmer Brown and he knows us. If Farmer Brown messes up, he'd better straighten things out quickly or we will start buying our milk from Farmer Jones! In America there is nowhere for the farmer to pass the buck.

We were taught that because Farmer Jones and Farmer Brown had to compete in a free market, both had the incentive to deliver nutritious and delicious foods at the fairest price to the townsfolk. And so they did.

I didn't buy a lot of what I was taught in school but it always seemed to me that the accountable local farmer vs. the bureaucratic factory farm lesson had more than a few grains of truth in it.

Decades later, diversification and accountability in agriculture is still for me. When it comes to farming there is a cliche that perfectly summarizes what I believe about agriculture: Don't put all your eggs in one basket.