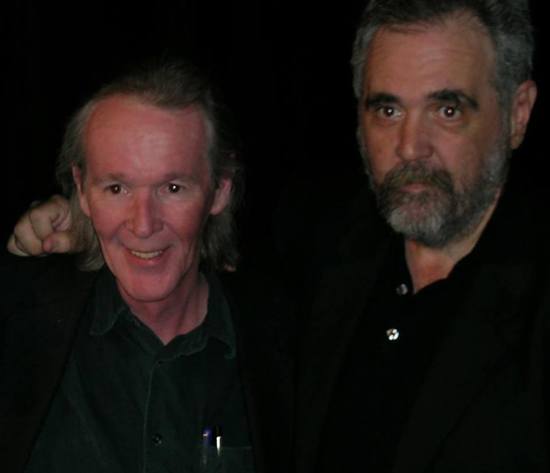 For over two years I've resisted reading Imaginary Runner, Bill Morrissey's second and final novel. I'd received a copy at his memorial show in late 2011 and wanted to read it the second I got it but knew when I finished it, I'd be done with the last grand project of his life. I wasn't ready to get to the back cover of the book because its end seemed to me a natural boundary, the final time Bill would speak to me in words that he ingeniously sequenced and with which I was still unfamiliar.

The other day I could wait no longer, picked it up and read until his last tale was told. It was pure Bill: compelling, delightful, sly, witty and warm.

Relatively early in the novel he stopped me cold with a passage describing the thoughts of the protagonist, Bruno Bates, as he lay stricken with food poisoning in a mediocre Nebraska motel room. Listen:


Lying on his side he imagined dying in that room and being discovered by a chambermaid, angry she'd been kept at work too long. Names of famous people who'd died in hotel rooms came to him and he reasoned the more time you spent on the road, the greater your chances of dying in a motel."

By the time the limited edition of his lovely last effort was published, Bill's name was added to that lonely famous person list. I hope the chambermaid was not angry. I'd like to think Bill's presence even, and especially, in death was more than enough to bring respect from any honest, hard-working person who came upon his earthly remains.

I hope so but if not, it was just one last bump in a road he ran with great imagination, boundless humanity and, at times, too much prescient insight for his own good.

Now I really miss you, pal.