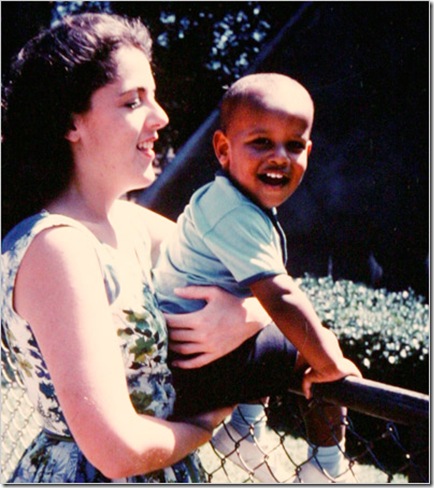 After months of running millimeter-deep, in-depth campaign specials such as America's Choice: War Hero or Semi-historic Negro, cable and network news wags are hanging their last hopes for a long Tuesday night on the notorious "Bradley Effect." Here's the obligatory description of the alleged phenomena from a recent Reuters article

[:q The Bradley effect is named after former Los Angeles Mayor Tom Bradley, who lost the California governor's election in 1982 despite polls predicting he would win.q:]

The 1982 gubernatorial race was between Bradley and George Deukmejian, who served as California's governor for two terms. Bradley lost by only 90,000 votes or .19 of the ballots cast. Two hours before leaving office, Deukmejian killed a tax break for companies building solar energy plants that had been passed by both houses of the legislature. This caused the Luz Corporation to go bankrupt and effectively ended a rather significant alternative energy initiative. This happened in January 1991, the very month the US was about to attack Iraq for oil for the first time. Thanks again, Duke. And the rest of you, please vote and get out the vote.

Anyway, the pundits seem unconcerned that that election was 26 years ago and even less concerned that many of those who voted against Bradley now have something in common with him.... since they are dead, too. I'm certain race played a factor in that contest but I'm also wagering that Bradley had nothing going for him that even mildly approached Obama's vaunted ground game. Besides, Bradley wasn't running to replace the worst president in American history. But most important of all, a quarter of a century later voters are much less likely to vote against their own best interests because they fear/hate the thought of an African-American leader.

I think something akin to the Bradley Effect is still around but severely diminished because we're a more integrated society these days and integration works. Why do you think so many young people can't get their heads around all the racial hubbub that's accompanied this election? I'd say it's because they have grown up in a world where seeing black kids in school or on Sesame Street  is just part of everyday life. (Granted we have a few million more miles to go but the improvement is hard to miss.)

I think white elders have come a decent piece, as well. I estimate there are plenty of people who wouldn't have voted for Bradley on the basis of his race in 1982 but will vote for Barack Obama on Tuesday. White people have had a lot more contact with black people than they'd had in 1982. They work with African-Americans. They deal with blacks who work and serve in every role in the community much more often than they did 14 years after the death of Martn Luther King. In many cases people have been exposed to what could be called "second-hand integration" because their kids grow up going to school and playing with black kids. White parents sit next to black parents at ballgames, school plays and PTA meetings. Many have gotten to know the families of their kids' friends and realize that these former strangers face the same challenges and worries as they do. Many white people now have grandchildren who are biracial, just like Barack Obama. These folks must be absolutely thrilled to consider how an Obama victory could mean a better world for their children's children. And what about the friends of the grandparents? How many of them have thawed a bit when they got to know their friends' biracial grandkids? Then there are the people who are just sick of racists. They may suffer these jerks in silence but given a chance to really, really bum them out by casting a vote for Obama provides an opportunity for the most eloquent rejoinder of all. As far as the pollsters getting it wrong by not allowing for the Bradley Effect, isn't it just possible that some people tell pollsters they aren't voting for Obama because they are speaking within earshot of bully racists who live in their homes? How many long-suffering wives who have spent decades listening to their blowhard husbands spew bigotry are just waiting to pull the curtain shut to click a big "fuck you" to a racist spouse? No one can say.

How many other people have decided to vote for Obama because some asshole racists presume every white person they meet shares their twisted views? I have met three of these clowns recently, winking and nudging at me about how, as one of these twits put it, November 4 could be a "DARK night for America." This lunkhead then snorted and cackled at his imbecilic play on words as he waited to purchase his 12 pack of Coors Light in the line at our local TOPS Friendly Market.

"Dark nights bring lovely dawns," was my reply. This reduced the pinhead's snorting down a few notches as he tried to figure out what I had said to him. Two other shoppers went out of their way to make eye contact and smile at me. We knew that the only way to combat morons was to use their natural confusion to keep them occupied until an escape became possible. My guess is the two smilers will cast ballots for Obama and the asshole isn't even a registered voter. What's Bradley effecting there? Because of increased interaction between the races, how many more white people have dear friends who are African-Americans than did 26 years ago? I'd put the number at "a whole bunch." When these people run into jerks who denigrate Obama because of his color, do you suppose they are more persuaded by the yahoo racist or loyalty to their black friends? How many guys who sit at the corner tavern sipping a brew and watching a ballgame are sick of drunken blowhards mouthing off about how they'd never vote for Obama when they aren't blaming the local team's latest loss on a black player's attitude? Are these silent citizens waiting for their chance to ruin just one night for loudmouth bigots who have ruined so many evenings for them? Does that chance come Tuesday?

I'd bet these things count for at least .19 percent of the vote, dozens of times over, in battleground state after battleground state. But then I'd only be betting because this piece, like all the nonsensical talk about the Bradley Effect, is just conjecture. The only difference is I wrote this in hopes of summoning the good in people whereas all the talk of the Bradley Effect seems to be nothing more than a desperate last call for racists.