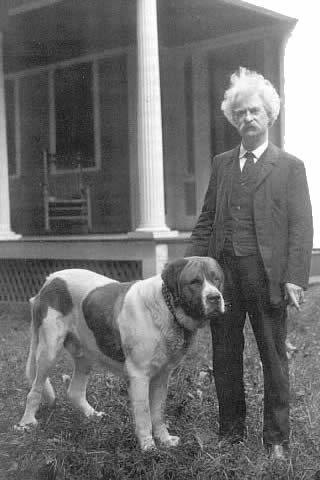 This is shaping up to be a unique presidential election. For instance did you know that for perhaps the first time ever, the two major party candidates are both patriots? On that count, we've already won! In fact, these two men are such patriots that they're making it clear that nobody had better question their devotion to this land. Both have said they won't truck anyone questioning anyone's else's patriotism or for that matter, patriotism at all. If you don't like it, too bad! These stout individuals were hardwired in the U. S. of A!

These ever-faithful Americans, like car dealerships coast-to-coast, are unafraid to violate the flag code by using the Stars and Stripes to advertise their patriotism. Imagine how many fewer flags we would see were it not for courageous political and business leaders who willfully ignore this rule. Imagine how many more politicians we'd have to look at if they weren't always hidden behind our nation's proud banner.

From now until November, it will take an American Eagle eye to spot either standard bearer out of saluting range of Old Glory. This is no surprise concerning John McCain, since his nationalistic fervor has never been in doubt. Truth told, until Barack Obama put a loyalty question-deflecting shield on his lapel, we were all a little worried about him.

There is one problem Obama may still have to clear up. He brought a fellow named Mark Twain into this. Careful study of Twain's writings and speeches indicates that he was no patriot. In fact he often actually denigrated patriotism. How this scoundrel came to become such a national icon is a tribute to the folks who converted his novels into musicals.

Last Monday Sen. Obama gave a speech about patriotism at the Truman Center in Independence, Mo. The symbolism was hard to miss, he was in Independence, hometown of Harry Truman, the glowing patriot who dropped two nuclear weapons on Japan thus forcing them to sign the exact same peace accords they had offered to sign prior to America's use of the biggest ever explosive devices detonated on human beings. Therefore with this appearance, Obama set the Red, White and Blue bar as high a mushroom cloud. The AP reported


He summed up his view of patriotism as "the liberty of each of us to pursue our own dreams." But he also quoted a favorite native son of Missouri — Mark Twain — to argue on behalf of speaking out when necessary, and drew a standing ovation.

"Patriotism is supporting your country all the time, and your government when it deserves it," he said, repeating Twain.

Obama is close with this quote but not on the money. What Twain said was "...the only rational patriotism, is loyalty to the Nation ALL the time, loyalty to the Government when it deserves it." He said it in The Czar's Soliloquy a tract in which he was endorsing revolution in Russia. Uh-oh!

Please note that he spoke of "rational patriotism," a concept Mr. Obama should realize is best left alone during the jingo-jangle of an American presidential contest.

Thanks to Barbara Schmidt's indispensable Twain Quotes website it is a simple matter to learn that Mr Clemens had no desire to run for office, otherwise he'd have never made the following statements concerning patriotism, including:


Man is the only Patriot. He sets himself apart in his own country, under his own flag, and sneers at the other nations, and keeps multitudinous uniformed assassins on hand at heavy expense to grab slices of other people's countries, and keep them from grabbing slices of his. And in the intervals between campaigns he washes the blood off his hands and works for "the universal brotherhood of man"- with his mouth.


I guess we know why the Illinois Senator didn't use that quote to buttress his argument that patriotism is next to godliness. Checking a quote from A Connecticut Yankee in King Arthur's Court we find Mark speaking to the cherished values Sen Obama was celebrating last Monday:


Reverence for one's own sacred things--parents, religion, flag, laws and respect for one's own beliefs--these are feelings which we cannot even help. They come natural to us; they are involuntary, like breathing. There is no personal merit in breathing.

Jesus, Barack, what the hell were you thinking by even mentioning this anarchist? If McCain ties you to this guy, you're history! It only gets worse, Twain said:


Patriot: the person who can holler the loudest without knowing what he is hollering about.

and
Patriotism is Patriotism. Calling it Fanaticism cannot degrade it; nothing can degrade it.

I don't think it's possible to misinterpret Twain's intent with those remarks. Why would Obama want to keep such company?

Imagine if someone at FOX News could read and came upon the following notebook entry in which Twain makes the case against the coexistence of Christianity and Patriotism in the heart of one person.


A man can be a Christian or a patriot, but he can't legally be a Christian and a patriot--except in the usual way: one of the two with the mouth, the other with the heart. The spirit of Christianity proclaims the brotherhood of the race and the meaning of that strong word has not been left to guesswork, but made tremendously definite- the Christian must forgive his brother man all crimes he can imagine and commit, and all insults he can conceive and utter- forgive these injuries how many times?--seventy times seven--another way of saying there shall be no limit to this forgiveness. That is the spirit and the law of Christianity. Well--Patriotism has its laws. And it also is a perfectly definite one, there are not vaguenesses about it. It commands that the brother over the border shall be sharply watched and brought to book every time he does us a hurt or offends us with an insult. Word it as softly as you please, the spirit of patriotism is the spirit of the dog and wolf. The moment there is a misunderstanding about a boundary line or a hamper of fish or some other squalid matter, see patriotism rise, and hear him split the universe with a war-whoop. The spirit of patriotism being in its nature jealous and selfish, is just in man's line, it comes natural to him- he can live up to all its requirements to the letter; but the spirit of Christianity is not in its entirety possible to him.

The prayers concealed in what I have been saying is, not that patriotism should cease and not that the talk about universal brotherhood should cease, but that the incongruous firm be dissolved and each limb of it be required to transact business by itself, for the future.- Mark Twain's Notebook

That's not exactly a quote they'll be hanging on the wall at the Office of Faith-based Initiatives, now is it?

But wait, here's one where Twain speaks well of a patriot:


In the beginning of a change the patriot is a scarce man, and brave, and hated and scorned. When his cause succeeds, the timid join him, for then it costs nothing to be a patriot.


I suppose if you subjected that quote to some enhanced interrogation, it could be construed as something that would describe Obama's supporters from back in the days before he began accessorizing with items from the Betsy Ross Collection. This hardly makes Twain the go-to guy for someone who feels standardized American patriotism is a special thing.

In fact Twain, although defensive of his homeland against insults from abroad, didn't find the USA particularly exceptional, as he noted in a letter to his pal, the Reverend Twitchell.


This nation is like all the others that have been spewed upon the earth--ready to shout for any cause that will tickle its vanity or fill its pocket. What a hell of a heaven it will be when they get all these hypocrites assembled there!


Someday there will be some more of these shouters joining them up yonder. I won't mention them by name for fear of having my patriotism questioned. For now, I advise Sen. Obama to get a bigger flag pin and lose his copy of Adventures of Huckleberry Finn.