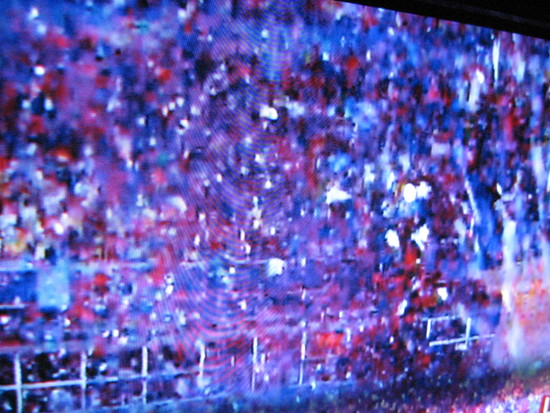 Most of the time for the past 28 years at least two-thirds of the American government has been controlled by dangerous reactionaries. The Reagan/ Bush Sr years were literally bloody awful. Death Squads, trumped up wars, traitors dealing arms from the back room of the Oval Office -- it was grim.

Two years into Bill Clinton's presidency, Newt Gingrich's Contract on America led to Congress getting overrun by some of the most dogmatic demagogues in our nation's long and often embarrassing history. Clinton appeased these yahoos with welfare 'reform' and wholly unjustifiable further engorgement of the Pentagon despite the recent collapse of the Soviet bloc. He tried to quiet the carnivores by demonstrating his manhood with some questionable military adventurism. Other elements of his manhood were used against him to run out the clock of his eight years in office and set the stage for true catastrophe.

It came in the form of the Electoral Eclipse of 2000. Since then our nation has become synonymous with cowardice, torture, greed, larceny, stupidity, arrogance and cruel indifference to the less fortunate. With the recent collapse of the Ponzi scheme that was bound to result from laissez faire economic policies, more and more of us have joined the ranks of the less fortunate. As a result, the likelihood of Republicans controlling anything but the courts (with generations of their appointments sitting on federal benches) after tomorrow's election has diminished. It looks like we'll show the Gluttonous Old Party the '08 gate in both houses of Congress along with the big house on Pennsylvania Avenue. Hooray and hallelujah to that! Even with a serious mandate, our new president should behave graciously toward the vanquished, if only to outclass them. But beyond that, a new president facing fiscal calamity and a world of troubles should and must lead this country by explaining why we must reconsider everything before resuming our national dash towards oblivion. This means he will have to show us the wastefulness involved in matching the rest of the world dollar for dollar in military spending. This means he must push Renewed Deal programs that will provide us with jobs, infrastructure repairs, public health care, educational opportunities, green energy initiatives, crackdowns on corporate criminals, increased consumer protection and so on. Barack Obama has already spoken of most of this but the only way to pay for these things is to lead us to new sane priorities by slashing spending on insanity like more nuclear weapons, outdated hardware for old-fashioned 'conventional' wars (where you pull into town, plant your flag and it becomes a bull's-eye) and an at-the-ready armed force huge enough to fight on several fronts simultaneously.

If we grow up and join the rest of the world, we won't need to be prepared to fight it all at once. Our problem isn't too few troops, it's looking at the world as being full of enemies. The election of a new leader, particularly a new leader of Mr. Obama's heritage and eloquence, will be seen as a sign of American maturity throughout the world. Diplomatic opportunities will abound for the 44th president. Peace should follow. If there are any problems after that -- the world as whole must find solutions to them.

Will Barack Obama come through and lead us into a brighter age? Only if engaged and active citizens make it politically expedient for him to do so because, yes he is, first and foremost, a politician. He could get upgraded to statesman if he responds to sensible and long overlooked priorities. If he wins tomorrow, engaged and active people will be responsible and he will be beholden. There are two more days of work to do and do it we must because our only, if you'll forgive the term, hope, is to make it clear that after 28 years, we are not about to sit down to another serving of GOP glop. So get out and vote and get out the vote. The last minute shakedown of a helpless old lady in an attempt to save a helpless old man  is a slimy tactic that won't hunt. The Field Negro knows why.

Dennis Perrin has some fine suggestions on classic election films you really should see. And by the way, if you want to improve the karmic chances for your candidate, make up for censorship of Perrin, by liberal bloggers and supposedly progressive bookstore owners who've done their unlevel worst to keep Mules an election year secret, by ordering it for yourself today. Dennis had readings mysteriously canceled and bloggers who'd promised to interview him or review the book, simply vanish. Had they not given into fear these promise-breakers might have realized that it would have behooved a candidate and party labeled as "far left" by McCarthyistic R's, to have been criticized by an actual lefty.

Tom Duffy speaks out on cruel and unusual punishment on the Garlic.

Starting with his now legendary Boston Phoenix piece from over a year ago that foretold our country's immediate political future Al Giordano has said this whole thing was, is, and will be about organizing. He then sowed the Field with seeds of organizational zeal. A bumper crop has resulted.